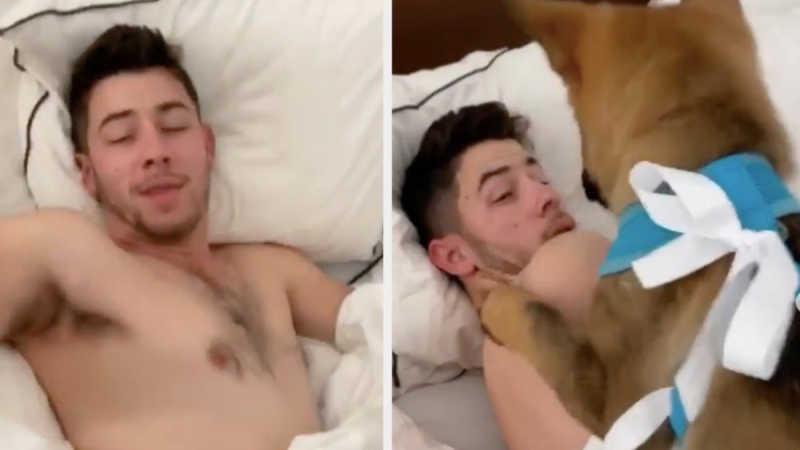 SOCIALITE LIFE: Nick Jonas and a puppy. Both naked. Awww! and Awe. 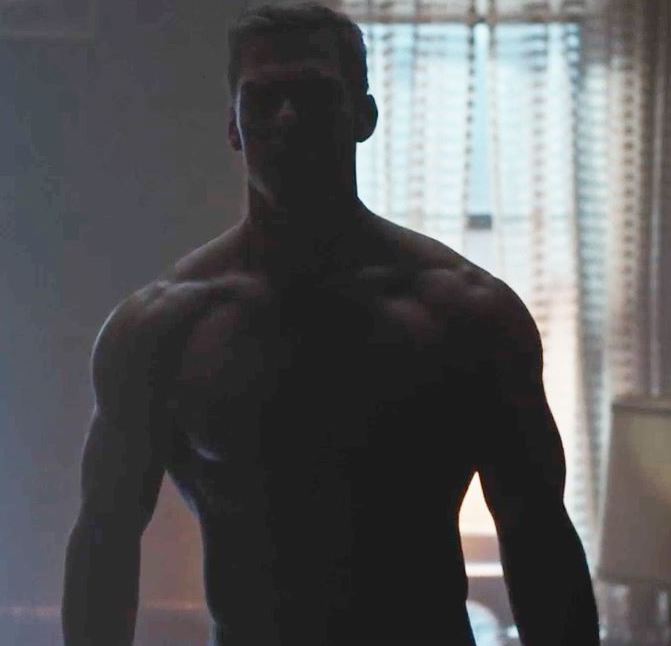 OMG.BLOG! (WORK UNFRIENDLY): Alan Ritchson deserves some kind of award for all the naked ass he's served over time.

KENNETH IN THE (212): Benji Condie's shorts are STUFFED.

TOWLEROAD: I find this inspiring: A black journalist was personally outraged by past comments attributed to POTUS contender Pete Buttigieg, wrote a click-magnet piece slamming him as a “lying MF”, and Pete ... called him up and talked it out. After the exchange,  the journalist, Michael Harriot, wrote, in part:

He is not the perfect candidate nor will there be one. But this does not mean the Democratic Party is divided. The entire point of the primary process is for voters to dictate their concerns to the candidates and for candidates to learn from voters. Black America wants their party to emerge victorious but not if we have to offer our votes as a living sacrifice for the sake of “party unity.” What good is a white savior if he doesn’t save us? And, as I told the mayor, the article wasn’t meant to inspire outrage. Its purpose was to make a necessary point about black voters and real issues. There is no way that I can know if he is genuinely interested in engaging black voters, attacking discrimination or crossing the racial divide. There are an infinite number of candidates who have waded into black barbershops or sashayed into black pulpits to assure us that they were on our side when they were only interested in our vote. I am not smart or prescient enough to tell the difference. The only thing I actually know about Pete Buttigieg is that he is a white man. But Pete Buttigieg listened, which is all you can ask a white man to do. Unless, of course, he wants to fight.

ESQUIRE: Rep. Devin Nunes (R-California) and Secretary of State Mike Pompeo have now been credibly linked to the Ukraine scandal — the same scandal that led to impeachment proceedings, at which Nunes has been the main GOP questioner.

TWITTER: Eric Carmen, the 70-year-old rocker behind “All by Myself” (1975) and “Hungry Eyes” (1987) is a frothy-mouthed Trump supporter. His family is Jewish, so I guess he does Nazi the anti-Semitic wave supporting Trump. He wrote in a follow-up tweet that he strongly believes in “civility” ... as a supporter of Trump.

NYDN: Annette Bening is asserting that her kid is alright, saying of her trans son Stephen Ira:

No word from the dad, Warren Beatty.

NYT: Japan's citizens are more aware of LGBTQ culture and are more and more supportive of same-sex marriage ... but will the country's rigid culture allow 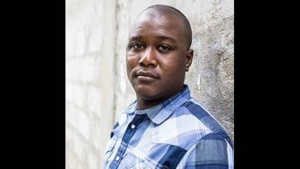 it to become law?

POLAND IN: A mayor running for the presidential nomination in Poland has made it clear he is pro-gay marriage ... and also favors euthanasia. Hopefully, not during one sitting.

MIAMI HERALD: Charlot Jeudy (pictured at right), the most prominent LGBTQ-rights activist in Haiti, was found dead this week under suspicious circumstances.

MINNEAPOLIS STAR TRIBUNE: Lawyers representing a Missouri county are arguing in court that it's perfectly legal to discriminate against gay people in the state.