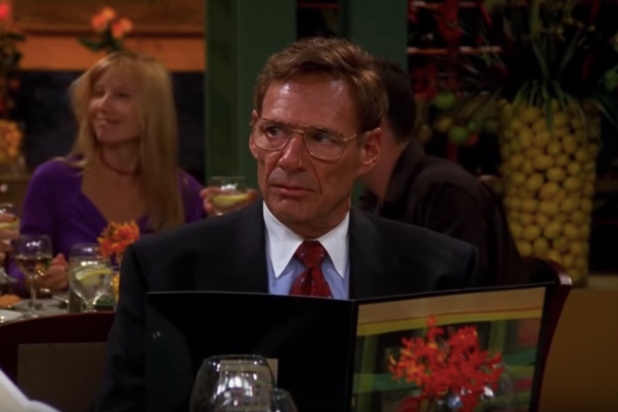 Leibman on Friends (Image via NBC)

Ron Leibman, the actor who won both the Tony and the Drama Desk for his performance as Roy Cohn in Angels in America: Millennium Approaches (1992) on Broadway, has died. He was 82.

Born in NYC on October 11, 1937, he was an early member of the Actors Studio. He debuted on TV on an episode of The DuPont Show of the Week (1963) on the DuPont Network, but was more involved with theater, only racking up a handful of '60s credits outside that medium.

In 1970, Leibman appeared in the Carl Reiner-directed comedy Where's Poppa?, and in 1972 appeared in both the classic Slaughterhouse-Five and the Robert Redford starrer The Hot Rock.

In 1976, he played an effeminate, and explicitly gay, send-up of 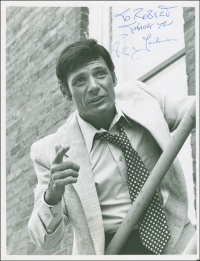 Rudolph Valentino named Rudy Montague in the silent-era pastiche Won Ton Ton: The Dog Who Saved Hollywood, and while that attempt at nostalgia (it was packed with old-time stars, many making their last appearances on film) tanked, he fared much better in 1979's Norma Rae.

Landing his own series in Kaz (1978-1979; pictured), Leibman played a former thief who became a criminal defense attorney. The flashy role brought him an Emmy, but the series tanked after 23 episodes. He said in a 2011 interview of Kaz:

Short-lived, well-remembered. I’m sitting at my desk now, and there’s an Emmy award right in front of me that I got from that. I got an Emmy, and the show was canceled two weeks later. [Laughs.] What a business, huh?

It was Leibman's gutsy portrayal of amoral Roy Cohn in Tony Kushner's Angels in America: The Millennium Approaches that was his greatest success, one that came nearly 30 years after his Broadway debut.

Leibman was married to two high-profile actresses, Linda Lavin (from 1969-1981); and Jessica Walter (from 1983), with whom he occasionally worked, and who survives him. He is also survived by a stepdaughter, who encouraged him to take his famous role on Friends so she could meet the show's stars.