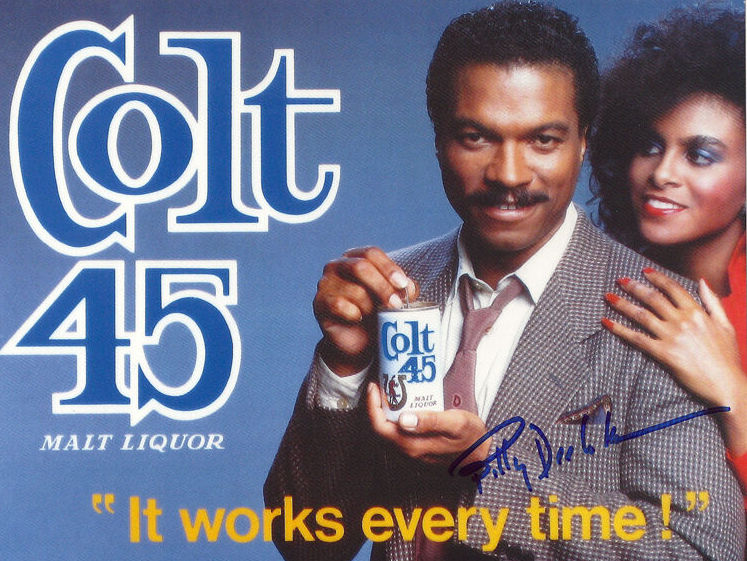 Billy Dee Williams, the archetypal black male sex symbol — whose machismo sold Colt 45 by the gallon — has come out as thoughtfully gender fluid at 82 in a new interview with Esquire:

What haven’t diminished at age 82 are his style, his confidence, and his effortless charm. In a simple tan button-up, with his hair slicked back, Williams continues his analysis of cool: “And you see I say ‘himself’ and ‘herself,’ because I also see myself as feminine as well as masculine. I’m a very soft person. I’m not afraid to show that side of myself.”

When I point out that Donald Glover talked about that type of gender fluidity when playing a young Lando in 2018’s Solo, Williams lights up. “Really? That kid is brilliant — just look at those videos,” he says, referencing Glover’s “This Is America” (as Childish Gambino).

The interview was to promote Williams's return to the role of Lando Calrissian on-screen for the first time since 1983 — Billy Dee will reprise that groundbreaking performance in the upcoming Star Wars: The Rise of Skywalker.