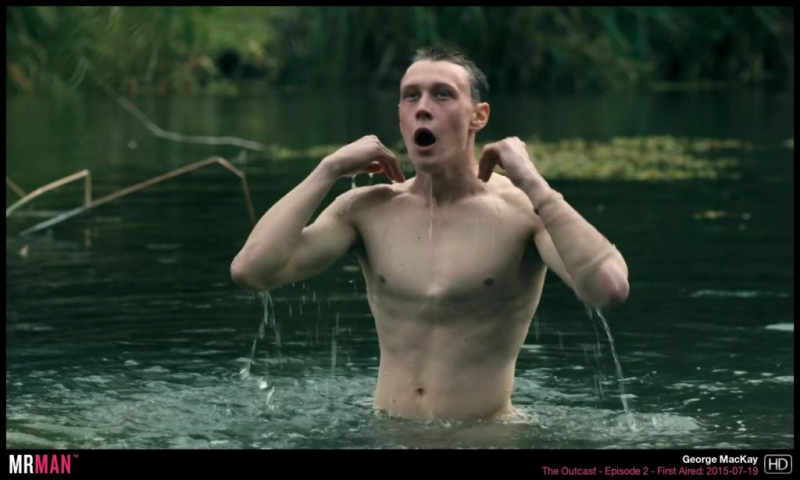 GAY FLESHBOT (WORK UNFRIENDLY): George McKay, 27, is absolutely amazing in 1917 (watch out for it as a possible Best Picture winner), and looks good nekkid, too!

CWB CHICAGO: It took 16 years, but justice has been served in the

murder of theater director Brad Nelson Winters, killed in Chicago's boystown; Ramon Smith (pictured, inset) has been convicted of the crime thanks to DNA evidence. He'll go away for 24 years.

THE FILM EXPERIENCE: There are some really weird anomalies in the list of Oscar-eligible films — most shockingly, Cate Blanchett isn't eligible for Where'd You Go, Bernadette?, a film that has already earned her a Golden Globe nomination.

We need to protect the rights of women. Not erode them because some men have found a new cunning way to dominate and demonize an entire sex.

This is so hateful toward trans women, and it's so cruel to equate trans women to men seeking to “dominate and demonize” women, it's breathtaking. He went on to complain that some of his tweets were just jokes, and to claim that jokes do no harm. Comedians need to get off this ridiculous humor is divine kick — some jokes absolutely do harm; I've been to stand-up shows where the humor was hateful. There is a very clear difference between humor and malicious ridicule, even if there is a lot of gray area as to who's right when it comes to humor that isn't intended to offend but does.

RAW STORY: Sen. Lindsey Graham (R-South Carolina) is not well-liked in his home state ... could he be voted out in 2020?

JOE.MY.GOD.: Sen. Doug Jones (D-Alabama) is a sight better than the child molester he beat, but unfortunately, this mealy-mouthed guy who would consider acquitting Trump is as good as it gets in the South.

HUFF POST: The beginning of the end of the great white male writer? Maybe. Coincidentally, I was told this week by a white male editor that gay novels (which are clearly on the decline) are more likely to be well-received if written by a woman.

GR8ERDAYS (FOLLOWS HERE): Come follow me at Gr8erDays to revisit some of the year's biggest pop-culture deaths: