An Iowa man has been found guilty of willfully destroying a church's Pride flag — and he's going to do serious prison time for it.

Usually, when we hear about this sort of vandalism, we might guess the offender would pay a fine. But what about when they're a repeat offender. 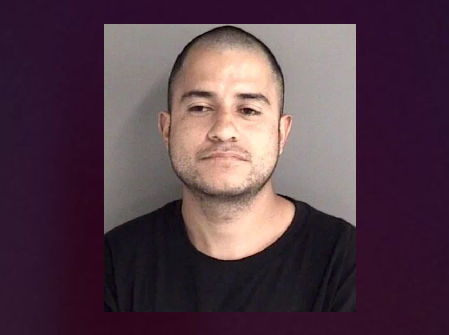 Adolfo Martinez, 30, was found guilty of burning an LGBTQ Pride flag he removed from the front of a church in June 2019, an act he said was his “honor” to do. He told KCCI:

It’s a blessing from the Lord to be able to stand for his world firmly, against all odds.

He was sentenced to 15 years behind bars, not just because of this action, which he has firmly defended, but because he has a long history of harassment.

I believe him to be very dangerous. That’s why my office recommended the maximum sentence.

As harsh as the penalty seems, it would appear his pattern of conduct precipitated it. Still, it's jarring to see a homophobic zealot actually being punished.