Can you smell what he's cookin'? (GIF via GIPHY)

DESERET NEWS: Former Disney Channel actor Stoney Westmoreland, who stands accused of enticing a 13-year-old boy for sex, tried to get his federal judge to recuse himself for bias against gay people. The judge, Howard Nielson Jr., refused.

A New Year's kiss before dying (Image via Hulu)

JOE.MY.GOD.: Morocco has jailed a popular YouTuber for daring to insult its king.

was born 118 years ago today. I was obsessed with her growing up, and was so excited when Madonna seemed to make Dietrich her alternate to Marilyn Monroe in the inspiration department. I read so many books about her and devoured that doc, and in college talked about her so much a kid who worked in my dorm's cafeteria would joke that she'd died just to freak me out. Insane to think she's been gone so long — dying at 90 in 1992 — that she'd be 118 now! And also jarring: Her daughter, who she always called “The Child,” Maria Riva, is now 95!

RANDY REPORT: YES! Olivia Newton-John will become a dame in 2020.

DLISTED: Elizabeth Hurley and her 17-year-old son are look-alikes: 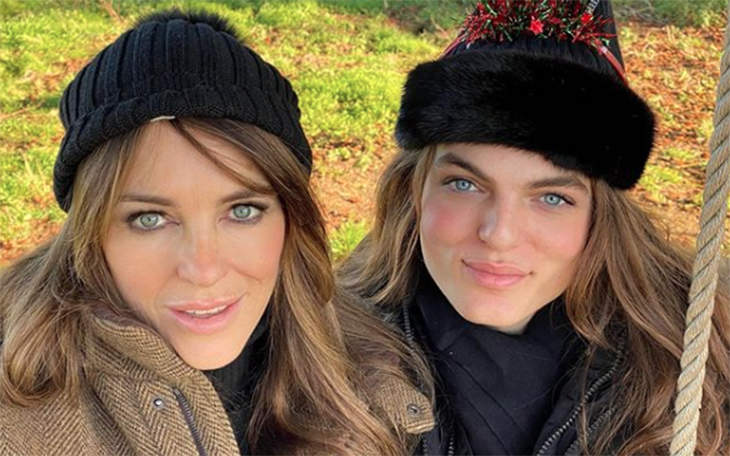 Put him in her famous dress already! It's a match! (Image via selfie)