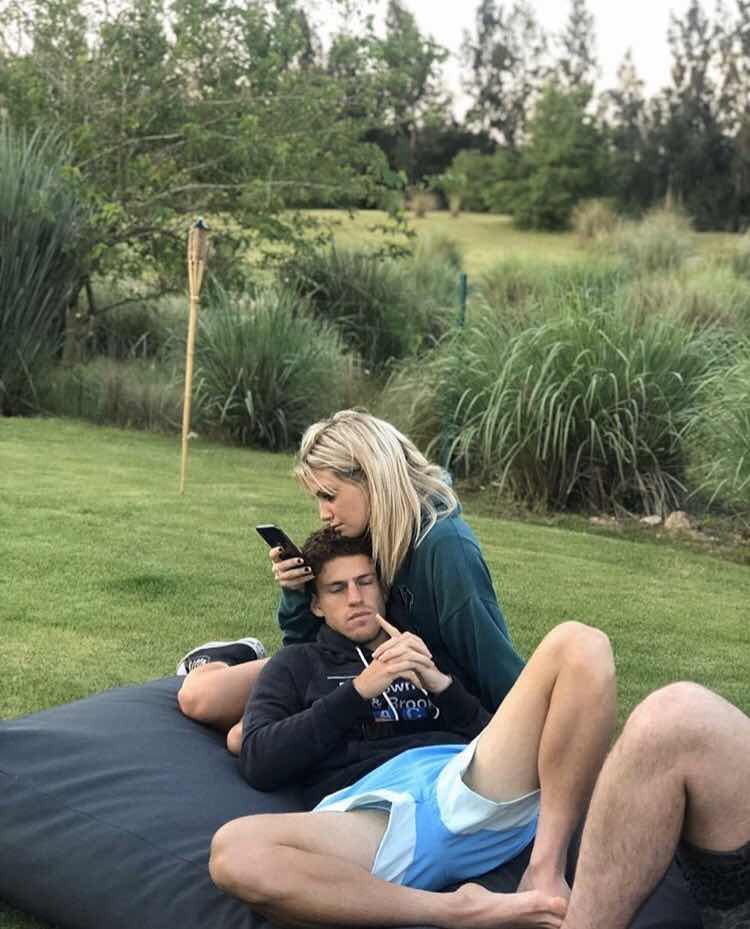 HUFF POST: Ukraine's President Volodymr Zelensky spoke about the U.S. and Trump, and while he blasted Trump, Trump willfully misinterpreted the remarks as exonerating. Because of course.

If you’re our strategic partner, then you can’t go blocking anything for us. I think that’s just about fairness. It’s not about a quid pro quo. 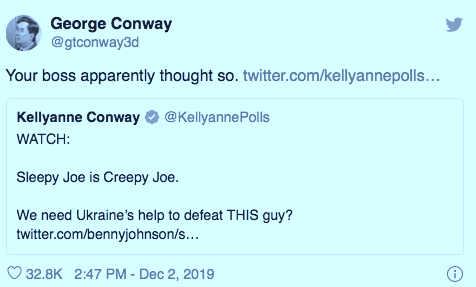 Wearing a wedding ring while punching will leave a mark. (Image via Twitter)

BUSINESS INSIDER: George Conway quote-tweeted his wife, Kellyanne Conway, blasting her for the first time over her allegiance to Trump. Remember when Kellyanne kept complaining that who she is married to should be irrelevant in news stories? Yeah, forget that, Mrs. Conway.

CNN: The soon-to-be-adopted son of Dancing with the Stars dancer Louis van Amstel and his husband, Joshua Lancaster, was told by a substitute teacher at his Utah elementary school that being adopted by two dads was nothing to be thankful for, and then lectured the students that being gay is wrong:

Our child was bullied. pic.twitter.com/gZ5yI0Z2F0

Crawford was smokin'. (GIF via GIPHY)