Adam Roberts: His New Music Is OUT Comments (0) 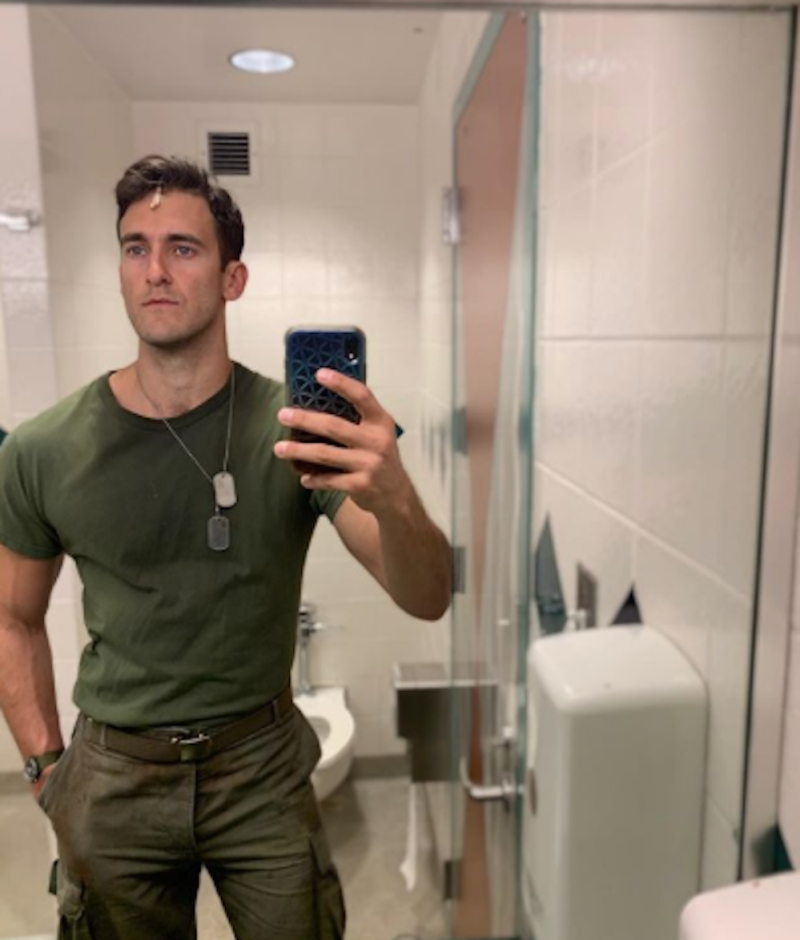 Preparing to take the stage in Miss Saigon (Image via Instagram)

Out gay singer Adam Roberts, who has performed on Broadway, just dropped his debut music and a music video while on tour with Miss Saigon.

The themes and images are not just gay-friendly, they're downright gay-best-friendly ...

He says of his style:

The music I write is a fusion of many different styles that have influenced me over the years. The songs are based in truth and experience and often times embellished for the sake of storytelling. My favorite thing to do is to create a mood or sonic soundscape that elevates the narrative and takes the listener on a journey.

His video is for Glue, a song about which he says:

“Glue” is about getting out of your own way, taking a risk, and giving love a chance to bloom and flourish despite doubts or fears of the unknown; something I believe we can all relate to in some capacity. While on tour with the Broadway show Miss Saigon, I had our associate director orchestrates my music. One of the actresses in the show shot and directed the video and another actor played opposite me. Was so neat and rewarding getting to collaborate with such brilliant minds and artists while on the road.

He puts his dance background to good use in the affecting video for “Glue,” directed by Anna-Lee Wright:

Also, don't miss “Undercover Romance,” which he describes as:

... a picture of two people who have a special connection and share something unique that may or may not have the opportunity to be lived out due to other circumstances. It’s a story of appreciating a possible soulmate despite the timing being off.

Coming up next, Roberts will release Length of My Love on Valentine's Day:

“Length of My Love” was born out of heartache. It’s not just a breakup song, but an honest musing on how vulnerable and gutted you feel at your lowest and what it means to move forward in the aftermath.