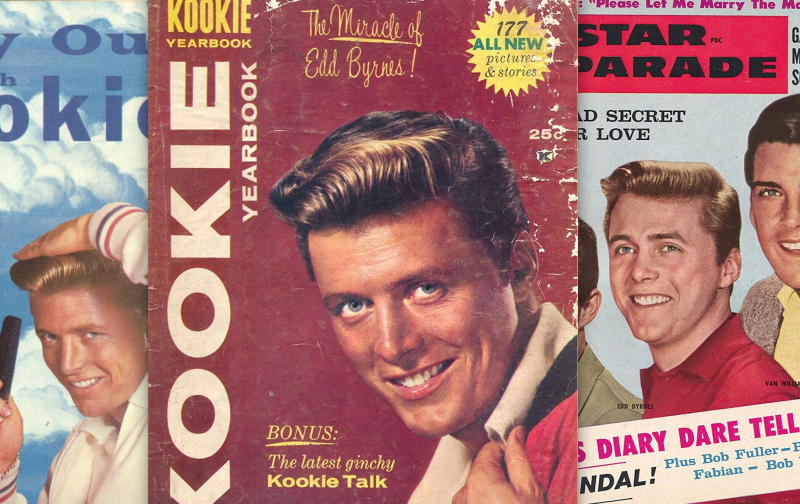 Edd Byrnes, famous to a generation of teens as ridiculously hair-obsessed parking attendant on 77 Sunset Strip (1958-1963), died Wednesday at his Santa Monica home. He was 87.

It is with profound sadness and grief that I share with you the passing of my father Edd Byrnes. He was an amazing man and one of my best friends. Please see the press release attached. @extratv @enews @AP @CNN @cnbc @MSNBC @foxnewsdesk @FOXLA @KTLA @latimes @KUSINews pic.twitter.com/d7jgJ8ohMq

Byrnes, a born-and-bred New Yorker, debuted on TV in 1956 and made his first, minor movie appearance in Fear Strikes Out (1957).

He landed what was the pilot of 77 Sunset Strip, playing a hit man so hung up on his hair that viewers fell in love with him — even though he was sent off to death row at the end of the episode. When the series started up, Kookie was revived as a parking attendant, one whose comb was never out of his hand, daddy-o.

His popularity soared, bringing him 15,000 pieces of fan mail per week, and earning him a #4 pop duet with Connie Stevens, &lquo;Kookie, Kookie (Lend Me Your Comb).”

In recent years, following his retirement from acting in 1999, he had been a staple at autograph shows.

He is survived by his son, by his longtime partner Cathrine Gross and by his ex-wife, Asa Maynor.