Ivanka Is Excited Wages Are Rising! (In Spite Of Her Dad's Opposition) Comments (0)

Dipshit Ivanka Trump was the keynote speaker (!) at CES 2020, the convention devoted to consumer technologies.

As if her speaking weren't ridiculous enough, there was the content of her speech, in which she made it seem like now is a totes exciting time to be a blue-collar worker — especially in prison, you guys!

Keep reading for her grifting nonsense ... 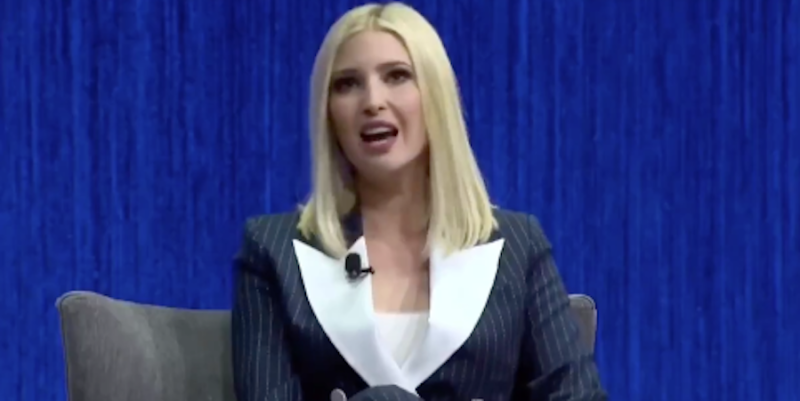 Does she even go here? (Image via video still)

The nepotism is strong with this one.

And here you thought Ivanka would sound dumb and wasn’t qualified to Keynote #CES2020 pic.twitter.com/dE60b02U4W

Nice to see not all of Las Vegas rolled out the welcome mat for Trump's spawn:

Drivers beeping... someone blasting ‘F*** Donald Trump’ by @NipseyHussle (same song as on billboard) not clear if played as part of ad. pic.twitter.com/IPWtXU0w6E