Portrait Of The Young Man By An Artist: Check Out This New ClampArt Exhibition Comments (0)

ClampArt in NYC consistently has amazing exhibitions; my last venture over there led to meeting James Bidgood.

Now, they're celebrating the collection of Steven Gelston, and I am particularly attracted to how his curation is described: 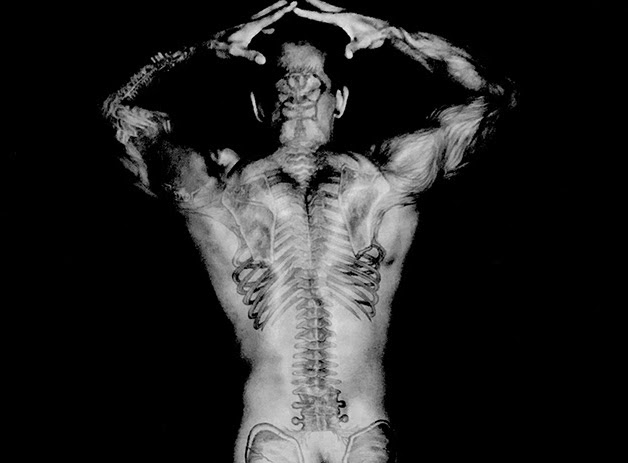 ClampArt is pleased to present "Photographs from the Collection of Steven Gelston,” an exhibition of exclusively black-and-white prints of nearly all male figurative imagery collected over the past thirty-five years.

Steven Gelston grew up surrounded by art. His parents were intelligent and curious collectors who purchased works by largely living artists of their own generation still within attainable means. The collection came to include pieces by artists such as Josef Albers, Red Grooms, Philip Guston, Barnett Newman, Claes Oldenburg, and Larry Rivers, among many others. Gelston’s parents possessed strong aesthetic tastes and enjoyed researching the artists who caught their attention. Gelston’s mother led art tours for other women in the community through the museums and galleries of Manhattan. She also organized the annual art show in her town, which included works by often very well-established figures. Eventually she pursued her master’s degree in art education at New York University and went on to teach elementary school art classes. After retiring, she worked as a docent at the Whitney Museum of American Art.

Gelston’s family’s appreciation for art and artists rubbed off, and his first purchase of art for himself was an impressive, signed, limited-edition Claes Oldenberg print which he acquired while still an undergraduate at Case Western Reserve University in Cleveland, Ohio. The sophisticated and playful conceptual print graced the walls of his dormitory room.

Eventually Gelston began collecting WWI and WWII posters (combing his love for history), but his first acquisition of a photograph would not be until 1985 during a trip to Key West, Florida. There he acquired two prints by an artist named Chuck Pearson, and it was then that his passion was unleashed. Slowly and thoughtfully, Gelston began researching and buying photographs of primarily male subjects by living artists of the day. Not at all a trophy hunter going after the biggest and most recognizable names, Gelston instead followed his eye and purchased works to which he responded personally.

After years of assembling his collection of photographs, a friend pointed out the fact that the faces of all of the models were cropped out, turned away, or otherwise obscured. After that time with this in mind, Gelston knowingly acquired a photograph titled “Ivan Ivankov, Gymnast, Belarus” by the then up-and-coming artistic duo Anderson & Low, which pictures a shirtless athlete looking up at the lens of the artists’ camera with his arm reaching across just the lower half of his face.

I love that Gelston loves this type of pose. My novels have always used that type of image on their covers — see here for the original Boy Culture and Blind Items: A (Love) Story. My new editions of both will also keep the cover models' faces obscured.