ABOVE: The deep end.

The pic goes down further ... nice wick on him! (Image via Instagram)

WLRN: Felons can vote again in Florida, and there's a surprising reason why most are voting Democratic — it's cheaper!

NYT: The 18 actors (Scarlett Johansson was nominated for Actress and Supporting Actress, Margot Robbie was nominated twice in the same category, Supporting Actress!) nominated for BAFTAs are all white, in a year with performances by Cynthia Erivo, Jennifer Lopez, Awkwafina, Lupita Nyong'o, Eddie Murphy, Da'Vine Joy Randolph, Zhao Shuzhen, Song Kang-ho, Alfre Woodard, Octavia Spencer, Kelvin Harrison Jr., Taylor Russell, Jamie Foxx and many more who might've made the cut. It's silly to say it's all about who's best when these things are subjective, and when plenty of the best who are of color simply are not making the list. 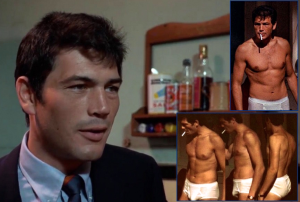 with death. This much is clear. But so are a lot of fan-minded folk, like the monster (I kid!) over at Poseidon's Underworld, who has taken the time to cook up a list of all the famous folks who died in 2019 ... who made appearances in disaster flicks! At least none of them got killed with a cruise ship rolled or when an elevator plunged 100+ stories!

FOX8: Poor Kevin Bacon (no relation), the 25-year-old Michigan man who was murdered on a Grindr date — it's now been revealed that after arriving at the home of Mark Latunski, Bacon was stabbed in the back, had his throat slit, was hung upside down from Latunski's basement ceiling and was then castrated. Latunski told police he ate Bacon's testicles. Please don't get judgmental about hooking up with strangers — every gay man I've ever met has done it many times. This was a complete nightmare scenario.

It's also sad to me that Bacon's parents refer to their son having “a dark side.” The dad even says “his dark side took his life.” Why? He just wanted to have sex:

ROLLING STONE: Elizabeth Wurtzel, whose Prozac Nation: Young and Depressed in America was a best-selling conversation-starter about mental health in 1994, died Tuesday of cancer. She was just 52.

The world is a better place without these guys in power.

Obama never met Rouhani — who is still, in fact, in power.

NYP: Rodrigo Alves, the so-called Human Ken Doll who has spent something like $650,000 on various surgeries, is now coming out as transgender. Now, Roddy, as she calls herself, is the Human Barbie Doll: 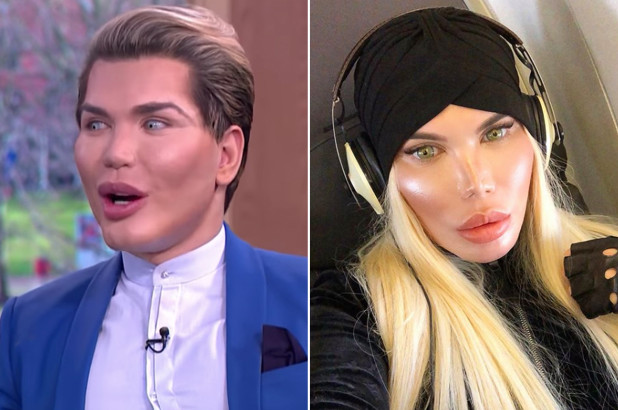 She even had ribs removed. (Images via This Morning/Instagram)