The Oscar nominations have been announced. 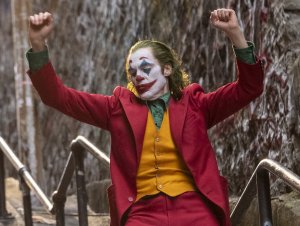 As usual, there are some big surprises — J.Lo was denied in favor of Kathy Bates; the juggernaut in the doc category, Apollo 11, was grounded — but there were also a lot of pretty obvious choices made and very, very few exciting departures.

Most exciting would be the inclusion of Antonio Banderas for Pain and Glory, but it's such a shame that with Parasite being one of the best-reviewed movies of all time, none of its actors could eke out a nomination. Also disappointing: Awkwafina seemed on the cusp of being recognized, as was Lupita Nyong'o.

The Academy voters, who are overwhelmingly male still, went hard for Joker, Once Upon a Time ... in Hollywood, 1917 and The Irishman, and didn't have any love for The Farewell or Hustlers, as two examples.

Greta Gerwig's Little Women is well-represented, but she did not repeat with a directing nod, leaving the category all-male in a year with sensational efforts by Gerwig, Lulu Wang, Céline Sciamma and others.

Biggest snubs, IMHO: Apollo 11 and One Child Nation for doc; J.Lo; Taron Egerton; 1917 for editing; Beyoncé for The Lion King's song; Frozen II for animated feature. There are many others who were always in the mix (Gerwig, Awkwafina, De Niro, Eddie Murphy, Jamie Foxx, Christian Bale, etc.), but these, to me, are the most shocking.

Nothing surprising here. At all.

Actor in a Leading Role

I think Banderas is a pleasant surprise, and Pryce is an unpleasant one. This created a bloodbath for the hard-campaigning Taron Egerton, the living legend Robert De Niro and the deserving overperformer Adam Sandler.

Actress in a Leading Role

The most locked category in years, as it turns out! I had strongly thought Awkwafina would emerge victorious here, and I had strongly hoped Alfre Woodard would; but it seems Kathy Bates is this year's OG.

Actor in a Supporting Role

Another fairly locked category, but Hopkins was not a shoo-in; he denied Song Kang-ho a spot, which is a travesty.

Actress in a Supporting Role

I personally did not think J.Lo was award-worthy in Hustlers, but I hate when obvious front-runners are denied; at least she wasn't Bacalled-out live on TV. Laura Dern can polish her mantle.

No huge surprises, but The Farewell had been a contender.

Frozen II missing is a surpise — Klaus is pretty out-there to have beaten it.

It's a crying shame that Atlantics was shut out. What a terrific film.

All I cared about was Honeyland, but Jesus, to leave out Apollo 11, an awards-season fave, and the gut-wrenching One Child Nation (another Asian shut-out), seems personal.

I was way off here; After All, Fire in Paradise, Stay Close were all left out.

No Little Hands or Refugee.

The Physics of Sorrow had been a contender.

Oh, shit, songs from The Lion King and Aladdin were tuned out.

This was a wild category; Avengers: Endgame, Rocketman and Star Wars: The Rise of Skywalker were all possibles.

I had thought Little Women, not Jojo Rabbit, would prevail.

I think both Parasite and Portrait of a Lady on Fire were robbed.

Both Once Upon a Time ... in Hollywood and Rocketman, and possibly Dolemite Is My Name had been contenders.

Hmm. So much for Dolemite Is My Name, Downton Abbey and Rocketman.

Perhaps Jojo Rabbit's editor is a legend? How on earth is 1917 shut out?

No surprises, but I must say that The Irishman doesn't deserve this. The de-aging was really distracting and badly done.