If you were a fan of Season 1 of the Facebook Watch series Sacred Lies, Season 2's trailer has dropped — and it's a doozy.

The show is so popular it has a branded rabid fanbase that was canvassed for ideas on this season, which stars (dreamy) Ryan Kwanten, Juliette Lewis and newcomer Jordan Alexander, in what's said to be a star-making turn.

Keep reading for the key art and trailer ... 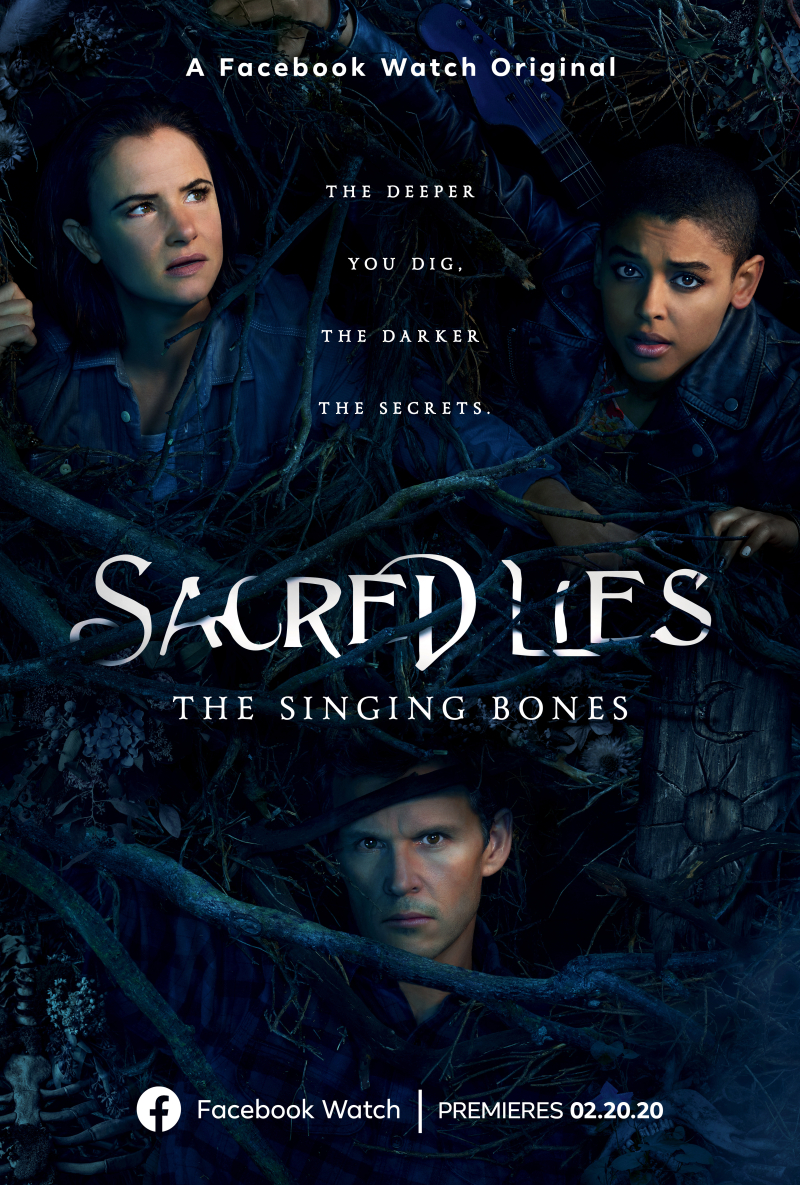 The second season of the anthology series will feature a new cast and a storyline that draws inspiration from a story collected from the Brothers Grimm, The Singing Bone, as well as real-life murder cases. This season of Sacred Lies follows Elsie (Jordan Alexander) as she searches for the family she never knew after being abandoned as a child. The search leads her to her father, Peter (Ryan Kwanten), an inmate who may be guilty of more than the crimes he’s currently incarcerated for and Harper (Juliette Lewis), a telemarketer turned arm-chair detective with an obsessive hobby of searching for unidentified murder victims. Kristin Bauer will recur as Elsie’s foster mother, Shannon.

Sacred Lies: The Singing Bones is produced by Blumhouse Television. Executive producer and showrunner Raelle Tucker (True Blood, The Returned, Jessica Jones), developed the season based on a story collected from the Brothers Grimm, The Singing Bone, as well as real-life murder cases. Two-time Emmy Award-winner Scott Winant (Fargo, My So Called Life) is returning as an executive producer. Also, serving as executive producers on behalf of Blumhouse Television are Jason Blum, Marci Wiseman, and Jeremy Gold.

Plus, I'll have a Q&A with Kwanten closer to the season drop.