He then appeared on a later episode to confront Gabor in person from the audience!

These are great reminders that as fun as it is to worship divas, it sucks when they're assholes on a personal level ... 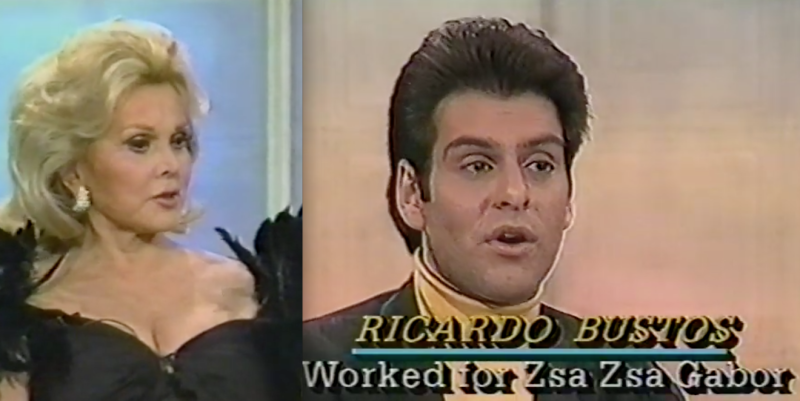 Seeing her in person with Bustos is mind-blowing. (Image via video stills)

I love that Gabor called Ricardo “Roberto” and “Carlos.” What a bitch. The most dramatic moment is when DeShazor tries on the re-gifted women's leather jacket Gabor gave him as a gift!

This is why everyone has nondisclosure agreements now — people talk, and as in this case, it sometimes has the ring of truth: