Harry's Thing + Bloomberg's Hit-'Em-With-Everything Ad Strategy + Madonna Slays London With One Leg Tied Behind Her Back + The Queen Who Fucked Your Dad + MORE! — 12-PACK Comments (0)

ABOVE: I've never seen a stool in a locker room before. Perhaps a rim seat would be handier.

BELOW: Keep reading for a sexy gay rom-com, Bloomberg scarfing down something big and gay, the queen who fucked your dad, Vanessa Bryant speaks and more ... 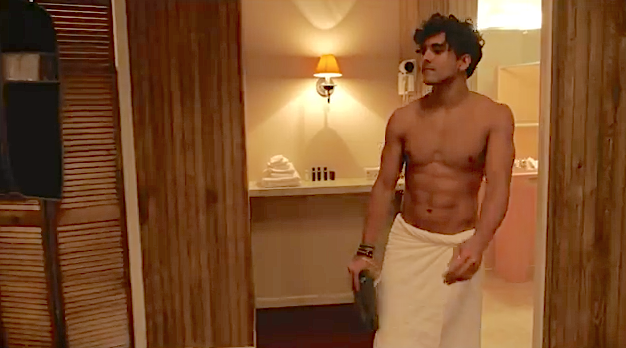 I wish he'd throw in the towel already! (Image via video still)

RANDY REPORT: The Thing About Harry looks to be a giddy new rom-com, and gay, gay, gay. I'll be watching this on Freeform, if only

for Nick Terho, seen above.

KENNETH IN THE (212): When ads are gay without being gay.

JOE.MY.GOD.: Then there's another kind of Super Bowl ad — the kind billionaire Mike Bloomberg is paying for to sway public opinion on gun control while also heralding his own campaign. I hated him as a mayor — he became a Republican and hosted the GOP in this city, and squelched protesters like a fucking fascist. It's hard to get past that. But he's doing a lot of good in this campaign, and if he continues doling out cash to ding Trump, more power to 'im:

But while his gun-control ad seems to be hitting the spot, what to make of his Big Gay Ice Cream pandering:

EXTRATV: Vanessa Bryant breaks her silence on the deaths of her husband Kobe and their 13-year-old daughter Gianna. 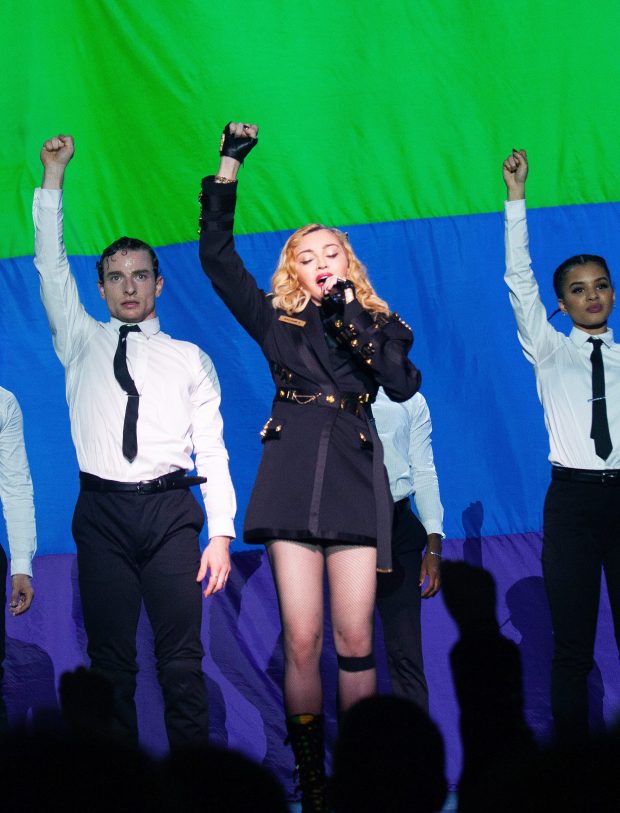 Even the U.K. rags that attack her on the regular loved the show. (Image by Ricardo Gomes)

GR8ERDAYS: Gene Hackman is 90 years old! And RIP Marj Dusay, 83 — I remember her from EVERYTHING, but especially as haughty beauties, like Blair Warner's mommy, Monica. 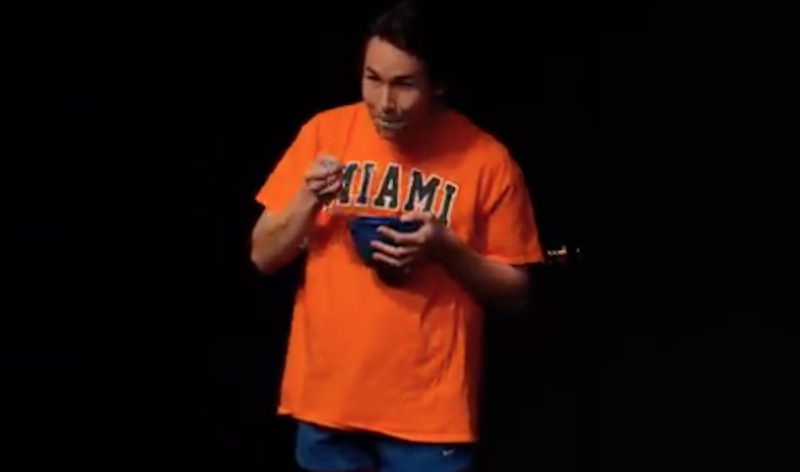 Well, first of all, every American's heart has to go out to the victims of the coronavirus. So, I don't want to talk about a victory lap over a very unfortunate, very malignant disease, but the fact is, it does give businesses yet another thing to consider when they go through their review of their supply chain. On top of all the other things, you had SARS, you had the African swine virus there, now you have this. It's another risk factor that people need to take into account. So, I think it will help to accelerate the return of jobs to North America. Some to U.S., probably some to Mexico, as well.

Meanwhile, China is building hospitals within days to accommodate victims of the outbreak.

COLE ESCOLA: This is flawless:

NYP: Aaron Hernandez wasn't closeted when he died — his brother says that he came out to his mom when she visited him in prison.

TRUE CRIME DAILY: Mighty Ducks (1992) and D2: The Mighty Ducks (1994) star Shaun Weiss was arrested again, this time for burglary and drugs. His meth-accelerated deterioration is shocking and sad. And yet countless profiles on Grindr are all about parTying. Insanity. Heartbreaking:

How the Mighty has fallen (Images via Buena Vista, Facebook & mug shots)