The disturbing new documentation (maybe this is why Pelosi is now ready to allow the Senate trial to proceed?) prompted Yovanovitch to demand that an investigation be launched into whether she was surveilled — and why.

Today, I have the privilege of naming the Managers of the impeachment trial of the President. #DefendOurDemocracy pic.twitter.com/Y2613Ni3pC

As horrific as the Parnas texts to Robert F. Hyde and Giuliani are — more could be dumped, and probably will be. Pelosi has the air of confidence on this. 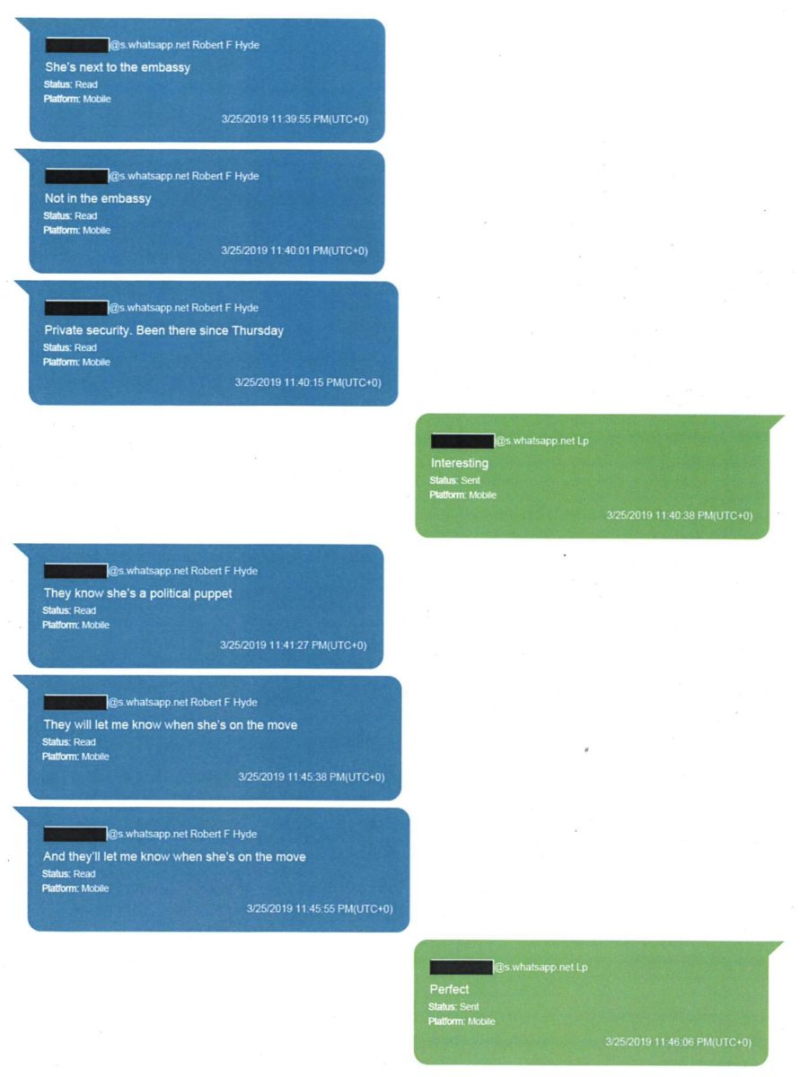 Some of the damaging new texts. (Image via U.S. Gov't.) 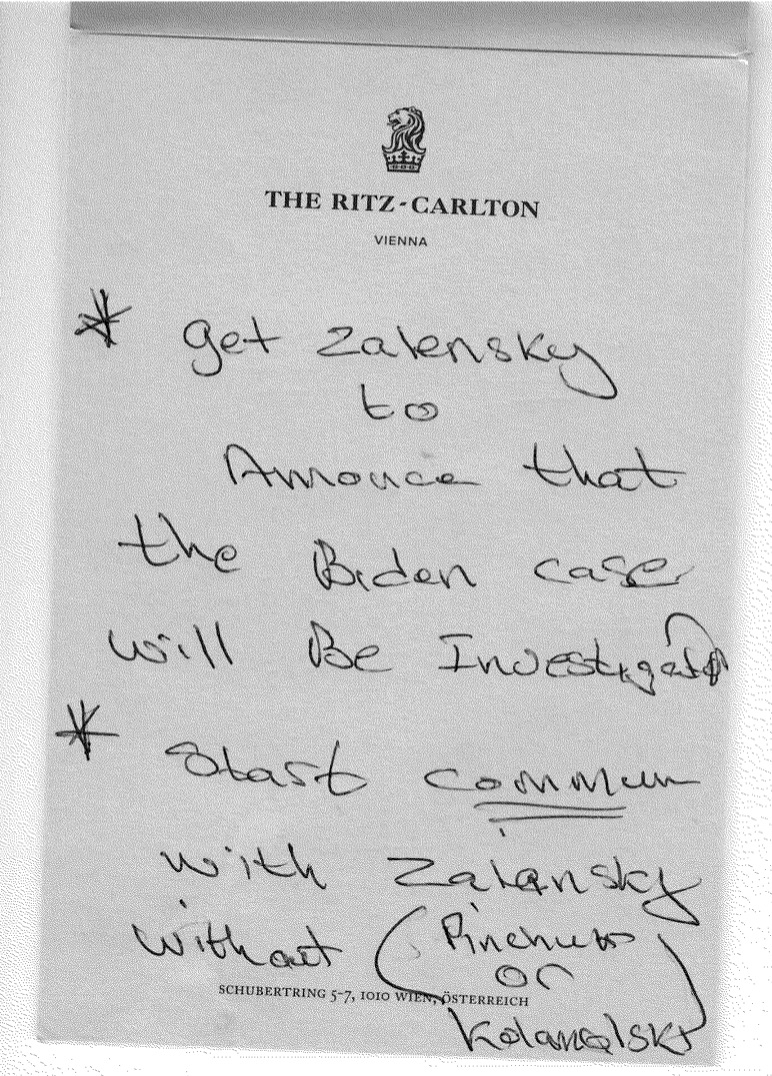 The above handwritten note by (and from) Parnas also solidifies the case that Trump's meddling in Ukraine was illegal and impeachable.

Meanwhile, the new figure in the Ukraine scandal, landscaper-cum-lobbyist Robert F. Hyde, feared for his life in May 2019, calling cops out to the Trump National Doral Miami:

According to an “incident/investigation” report filed by the Doral, Florida, police department, on May 16, 2019, an officer was dispatched to the Trump National Doral Miami to deal with a “male in distress fearing for his life.” That man was Hyde. The report noted that Hyde explained to the police officer that “he was in fear for his life, was set up and that a hit man was out to get him. Mr. Hyde spoke about e-mails he sent that may have placed his life in jeopardy. Mr. Hyde explained several times that he was paranoid that someone was out to get him.”

The report stated that Hyde cited “a variety of different names, contacts and provided information in reference to why he felt his life was in danger.” After being taken into custody by the police, according to the report, “Mr. Hyde continued to act paranoid telling us not to stop next to certain vehicles…[H]e explained that he was scared due to several painting workers and landscape workers trying to do harm to him because they weren’t working. Additionally Mr. Hyde explained that his computer was being hacked by Secret Service. And then went on to further explain that the secret service [sic] was arrival [sic] on the premises watching him.”

The police report said that “it was determined that Mr. Hyde was suffering from a [redacted],” that he was “transported to [redacted] for further evaluation,” and that a “crisis form was filled and filed.”

This is what the U.S. is now — a really bad Scorsese movie. Let's hope we don't have to sit through the full three hours of it.

I can’t believe I’m writing this, but it increasingly looks like associates of Donald Trump were planning a mob hit to murder an American ambassador.