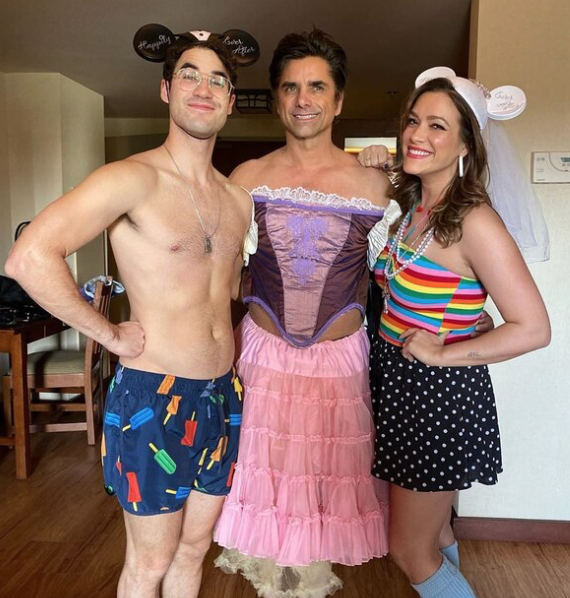 PEOPLE: Go ahead and try to convince me there isn't some CD/partner-swapping thing going on there — I've got time. 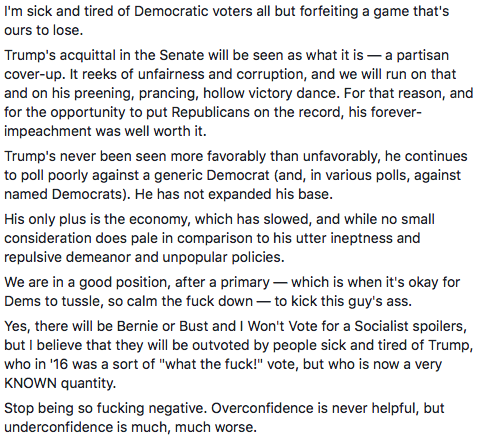 MSNBC: Sen. Kamala Harris (D-California) has it right: Trump isn't acquitted if there were no witnesses.

TWITTER: Republican Sen. Lamar Alexander (R-Tennessee) is a “no” on witnesses, all but sinking any chance of the Senate impeachment trial being anything but a sham:

REPUBS SUCCESSFUL IN BLOCKING WITNESSES? GOP Sen. Lamar Alexander, a key swing vote on calling witnesses in Pres. Trump’s impeachment trial, does not plan to vote in favor of hearing additional witnesses — we weigh in on how this changes the trial. https://t.co/1qHqfw940F pic.twitter.com/MuLfLqBb6K

And UPDATE: Murkowski also had to vote NO. Why? Because three votes YES would have yielded a tie, and John Roberts could in theory have called his own witnesses.

YOUTUBE: Warren's question in the impeachment trial — directed at SCOTUS Chief Justice Roberts — was not just a sick burn, it was to dig into Roberts's well-known concerns about his legacy. He is saying nothing, and allowing no witnesses to be called, which means this was no trial at all. He could still break a tie and demand witnesses, but it is very, very unlikely.

NYT: Still more Bolton bombshells — but all he cares about is selling books.

NYT: E. Jean Carroll, who has credibly accused Donald Trump of rape, says she has the dress, wants his DNA.

KENNETH IN THE (212): In the same era Trump was allegedly raping Carroll, Playgirl was giving away a chance to sleep with him. (Christ, who won? Did Ivanka enter?) 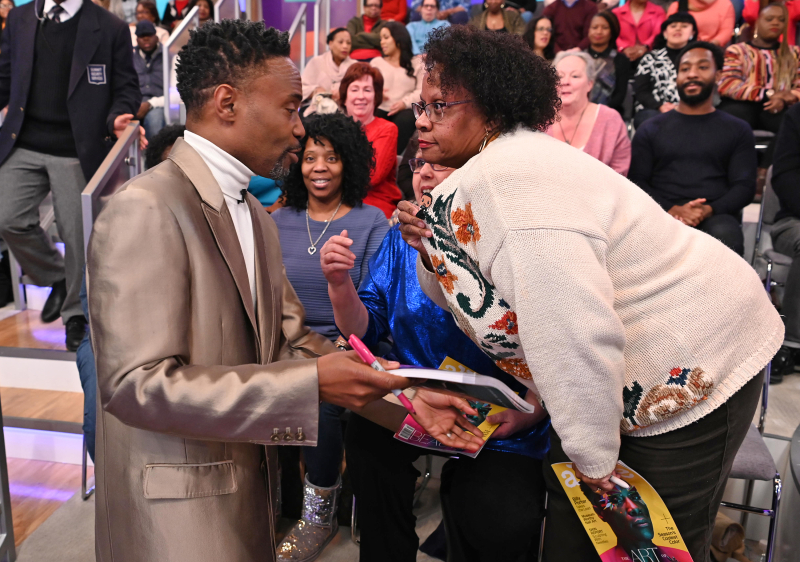 YOUTUBE: Billy Porter appeared on Tamron Hall, and it was — predictably — a good time. Don't miss the vogueing, and try comparing it to how vogueing was shown on past TV talk shows in the '80s:

Here's Joan Rivers — who was a trailblazer in introducing gay and drag issues to daytime TV — spotlighting Paris Is Burning and its cast 30+ years ago. The vibe is more ... exotic, like the audience is at a zoo:

TRUE CRIME DAILY: Federal agent took a house tour, only to steal two separate sniffs of the homeowners' daughter's panties. He was brought down by the nanny cam. (The actual indictment was for felony trespassing with sexual motivation — specific, eh?! He pleaded guilty to misdemeanor trespassing.) 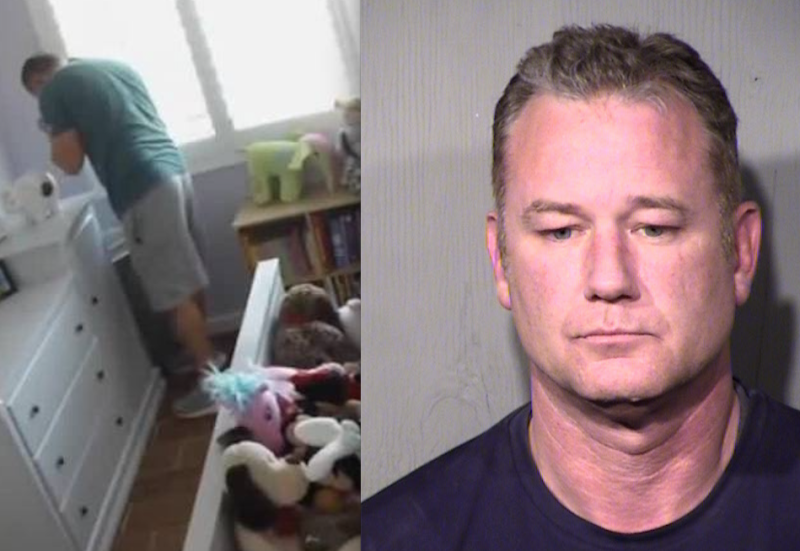 He really whiffed on this one. (Image via WTKR/mug shot)

INSTAGRAM: Madonna has gotten the memo about canceling shows in advance and apologizing profusely: