Wanna See NEW YORK, NEW YORK At Its Best? It's Up To You Comments (0)

Metrograph is doing what it does best, yet again: Offering a perfect venue at which to see a vintage film you've maybe never gotten around to seeing, but feel you maybe should.

This time, it's New York, New York's turn, a new 35mm print of which (all 155 minutes) might be at the top of your heap of things to do in NYC in the near future.

The 1977 film, directed by Martin Scorsese, is one of his most peculiar. 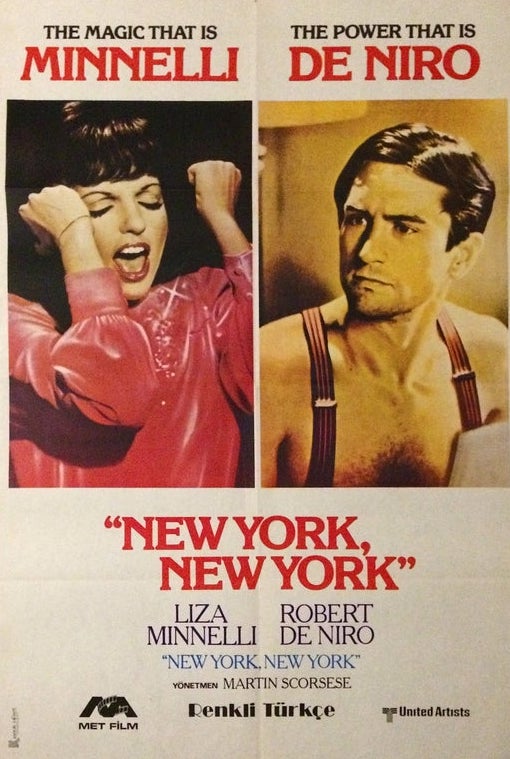 The follow-up to his flawless Taxi Driver (1976), the flaw-ful New York, New York features a different kind of love story, albeit one steeped in so much toxicity it wouldn't be hard to imagine it inspiring presidential assassins of its own.

In the film, Robert De Niro is a volatile sax wiz and Liza Minnelli the meek but gifted vocalist he strong-arms into a relationship in the aftermath of WWII. As their fledgling careers get off to a start-stop-start, their combustive chemistry leads to blow-out arguments, drunken scenes, violence and pissing matches that would have any modern filmgoer rooting for a breakup early on.

Instead, they stick together for a very long time (well over two hours), long enough for a vivid assessment of what went wrong that builds to one of the most out-of-the-blue triumphant film finales ever — with Minnelli belting her now-signature “New York, New York” by Kander and Ebb, who wrote this and other music for the movie. (The song was popularized into iconic status by Frank Sinatra after the film's release.)

Scorsese's vision here is to present an Old Hollywood musical — and who better to star in it than the fairly recently departed Judy Garland's daughter? — but with a darker, more modern underbelly. He is attempting a sober dissection of the fluffy characters and plot points that made classic musicals soar. The result is an exquisitely filmed exercise in winking artifice (the intentionally unreal sets are gorgeous) with a tone and pace that would make your favorite film noir masterpiece blink.

It's a queasy mix, one that tanked the film at the box office, devastating Scorsese at the time. But that's not to say there are not elements of the film that deserve close inspection.

Come for the cabaret ... (GIF via GIPHY)

Nearly joyless until Minnelli sinks her fangs into “But the World Goes 'Round” and “Happy Endings” (given a lavish production number reminiscent of her father Vincente Minnelli's work, a number rescued after the studio lopped it off), the film does have dark pleasures — Minnelli's other vocal performances are uncharacteristically somber and restrained, the cinematography is incredible, and who can resist Diahnne Abbott crooning “Honeysuckle Rose” or Mary Kay Place as Minnelli's not-so-great fill-in chirping “Blue Moon”?

The music is the best part of the film, 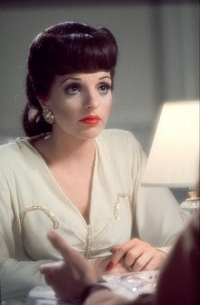 but a small part of the film (not-so-fun fact: none of the music was nominated in any Oscar category), and what does not work is the chemistry between De Niro and Minnelli, who seem at times to be acting in totally different movies. De Niro can never overcome his character's total lack of charisma and humanity — he's too damaged for us to warmly pity — and by the time Minnelli transforms from doormat into basically a '50s Liza Minnelli (or Judy Garland), the film is almost over, and our emotional involvement in her character's story has run dry.

At that point, we're simply in it for the Liza Minnelli numbers, and that's probably enough.

New York, New York is an interesting mess with enough peaks to warrant a peek — and when we're talking about a curiosity made with this much care, the best way to see it is on the big screen.