ABOVE: Julian Morris — all wet.

BELOW: Keep reading for the spreading Bern, hot selfies, a kid asks Buttigieg for coming-out advice and more  ... 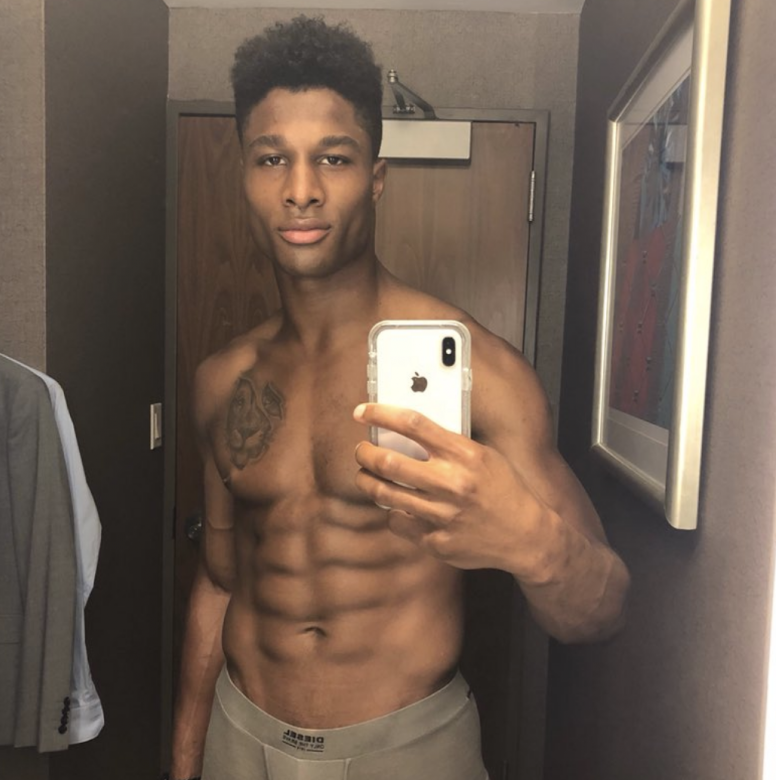 Even statues would be jealous. (Image via selfie)

GAY FLESHBOT: This shirtless selfie deserves some kind of award.

SOCIALITE LIFE: The Whitney Houston hologram is here. Keep it.

HUFF POST: Bernie Sanders has won Nevada's Democratic caucus decisively. It's his nomination to lose, and we will likely have a great deal of closure the morning after Super Tuesday.

CNN: Annoyingly, Trump heaped congrats on Sanders for his Nevada win. He wants to run against Sanders SO BAD HE CAN TASTE IT. Putin wants this, too. These are facts. However, Dems, remember this: They could both be wrong. Hillary wanted to run against Trump, and very, very few people legit predicted she would lose to him. (Many armchair political scientists on your feed with assure you they predicted it. They didn't.)

YOUTUBE: A 9-year-old in Colorado asked Pete Buttigieg for advice on how to come out as gay, too.

KENNETH IN THE (212): Very funny bits on what a date with each of the Dem presidential contenders would be like. If you have no sense of humor, skip it.

EVENING STANDARD: Some fool name Mad Mike died in a homemade rocket crash while trying to prove the world is flat. Bye. Janet Mock, a voice in Visible (Image via Apple+)

EXTRATV: RIP B. Smith, the restaurateur, lifestyle guru, dies at 70. HORNET: There's a gay-bathhouse battle brewing in Minneapolis — a city ordinance that bans the places is clearly out of step with the times, which the gay community there argues is homophobic. Check out Daniel Villarreal's in-depth reporting of the getting-off stand-off.

Should gay bathhouses be left in the past? (Image via CNC Association, circa 1982)