ABOVE: That color suits him.

BELOW: Keep reading for a wrestler to die for, Bernie's campaign manager embraces the BOOS, black “girl” magic, a pro armpit sniffer and more ... 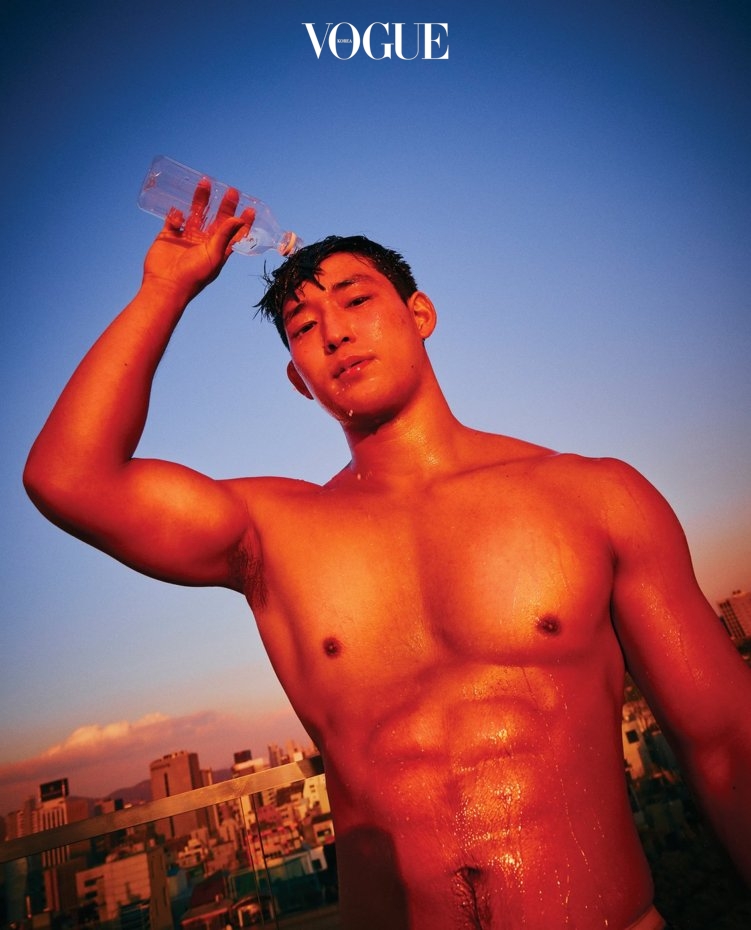 He even makes himself wet. (Image by Mok Jung Wook for Vogue Korea) 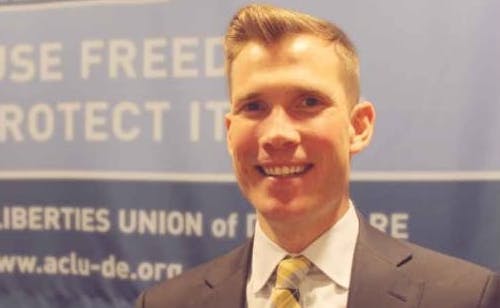 Bensing: DOE trans discrimination “against everything we do.” (Image via ACLU of Delaware)

LGBTQ NATION: Gay lawyer Dwayne Bensing says he lost his Department of Education position in retaliation for being the whisteblower who exposed how the agency was violating protocols in order to move against trans rights — all to mollify a hate group.

During her #SuperSaturdayNight show, @LadyGaga had a message for the singers performing at the 2020 #SuperBowl:

“I better hear no lip-syncing tomorrow...I love you J.Lo! I love you Shakira!” pic.twitter.com/NmySbz1kGg

TWITTER: Apparently insecure that she isn't the star of the moment at the Super Bowl, Gaga randomly decided to call out J.Lo and Shakira at her Super Saturday Night performance last night, declaring:

I better hear no lip-synching tomorrow!

(Hear lip-synching?) Later, she sent love to both performers. This vibes totally with her mean-girl mentor Elton John's lip-synch real good slam to Madonna in 2012.

MASHABLE: This queen sniffs guys' pits for a living and pretends he has no fetish. Girl, we see you. We smell you.

GAY TIMES: Some of

This all-new show is a celebration of opulence, regality, and pure, unadulterated Black excellence. Featuring five of the most celebrated Queens in drag herstory, NUBIA is a live out loud, show-stopping extravaganza thrown directly in the face of racial division and political divisiveness.

EXTRATV: Assange buddy Pamela Anderson and her Trump-loving husband Jon Peters are calling it off — after 12 days. This idiot has had several marriages last under a year. 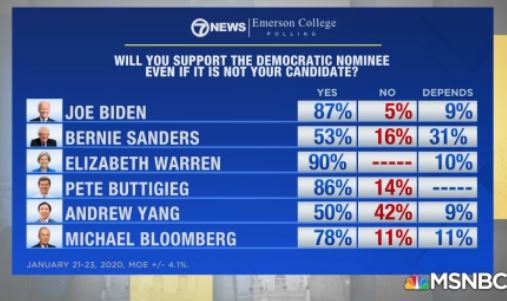 Sanders and Yang say it's important how you talk to people when it comes to Trump voters. How about talking to your own goddamn supporters about this?! (Image via MSNBC)

TWITTER: Rep. Tlaib (D-Michigan) has sorta apologized for booing Hillary Clinton in Iowa. Then, Bernie Sanders's campaign manager applauded her for it: 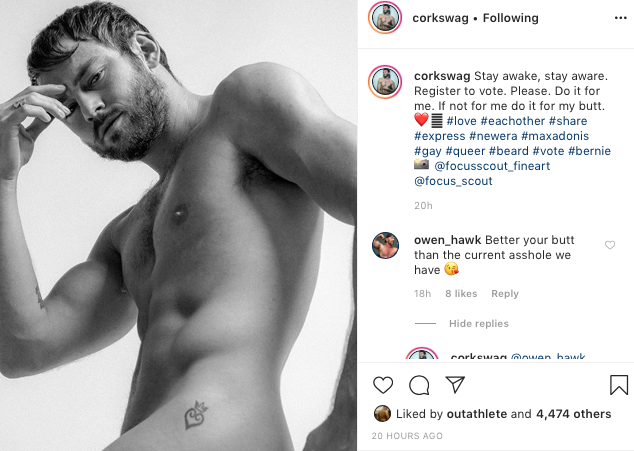 How would Max's butt do in the Iowa Cock-Ass? (Image via Instagram)