Boy In The Band: A Review Of Drew Droege's HAPPY BIRTHDAY DOUG Comments (0) 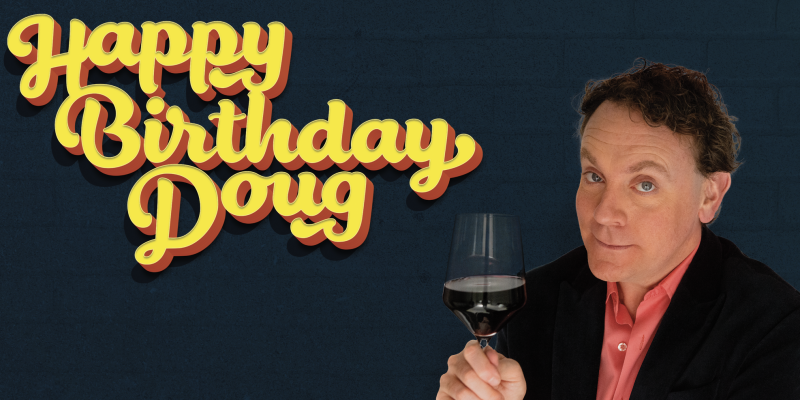 Let's toast to “you're toast.” (Images by Russ Rowland)

If you're late to the party on Drew Droege, that's okay — he's usually at one, at least onstage.

My Review of Bright Colors and Bold Patterns HERE

Following his exhaustingly well-observed and brutally funny tour de force Bright Colors and Bold Patterns, Droege is back with another vivisection of the lifestyles of the gay and familiar, Happy Birthday Doug.

In the space of 60 minutes, Droege 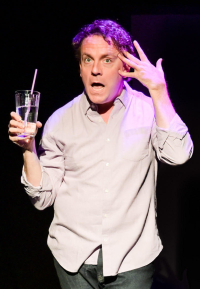 embodies a host of gay types, all of whom are gathered in a hidden room at a wine bar to help their host, Doug, celebrate turning 41.

Jumping from persona to persona, he is everyone from nauseating narcissist Jason (who is not, repeat not, sober) to relentlessly on-the-make Devin to a gay couple Droege hysterically performs together, as indistinguishable from each other.

He is also earnest Brian, a young waiter who dares not culturally appropriate anything by, say, enjoying it, and Doug's brittle ex, who — rumor has it — is working on a new Netflix show. (Don't tell.) 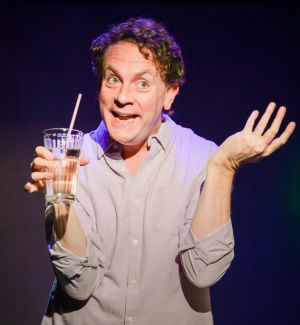 to good use in this uncomfortably on-target show that will have you wondering if he based any of the characters on you — even though he doesn't even know you — and hoping to God he didn't. You'll probably recognize many people who've shown up to parties at your house, though, not a few of whom you vowed never to socialize with again.

Somehow, as desperate to get away as you feel when you're with people like the ones Droege writes and performs, you'll feel equally as desperate for his conjurings of them to never end.

Perhaps the short play's only misstep is when Droege ultimately embodies Doug after leaving him to our imaginations for so long. I preferred Doug to be as mysterious as Harold, in The Boys in the Band — which this show echoes — when he's first introduced, before his belly laugh. When Doug exists only in the eyes of his least palatable friends, he is more convincingly unworthy of their cursed presence. When we finally meet him, the door is opened to decide whether he may not fit right in with them.

There's no one quite like Droege working today, so even if your invitation was lost in the mail, seek out Happy Birthday Doug now through March 1 at the SoHo Playhouse (15 Vandam St., NYC).