A 200-year-old diary, known since the 1950s but never transcribed, is informing our understanding of the acceptance of homosexuality by presenting the personal thoughts of a Yorkshire farmer on the topic.

Amazing to think such a treasure is only now coming to light ... 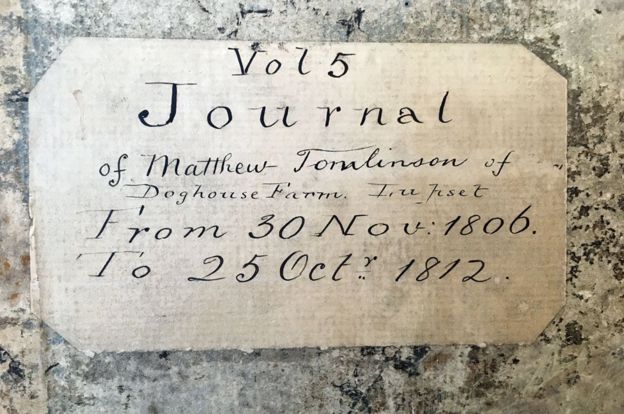 Historians from Oxford University have been taken aback to discover that Matthew Tomlinson's diary from 1810 contains such open-minded views about same-sex attraction being a "natural" human tendency.

The diary challenges preconceptions about what "ordinary people" thought about homosexuality - showing there was a debate about whether someone really should be discriminated against for their sexuality.

"In this exciting new discovery, we see a Yorkshire farmer arguing that homosexuality is innate and something that shouldn't be punished by death," says Oxford researcher Eamonn O'Keeffe.

Pretty radical to ponder a person thinking this way outside of bohemian circles, and feeling safe about committing it to writing.