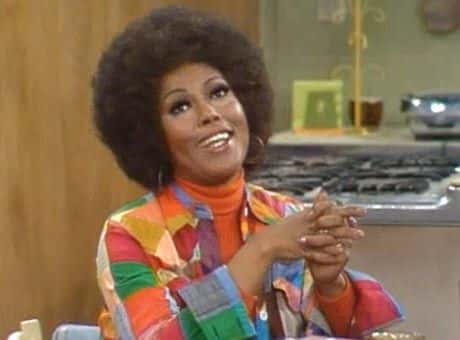 She had a way with clothes. (Image via CBS)

There's no way of knowing Ja'Net DuBois's real age, but the widely reported age of 74 was completely not it. She was appearing on Broadway in 1956 — not as a child — with the likes of Sammy Davis Jr. and Louis Gossett Jr., so I'm inclined to believe her other reported age of 81.

At any rate, losing the lady behind Willona of Good Times is a huge bummer. She was hilarious, and a total scene-stealer. She died in her sleep less than a month after a radiant appearance at an autograph show in Burbank, with no cause given.

Check out this delightful reel of her inimitable entrances: