Madonna's Show Must Go On Comments (0)

Madonna was five minutes over curfew at London's Palladium, having given an impromptu a cappella performance of part of “Don't Cry for Me, Argentina” (because Sir Andrew Lloyd Webber was in the house) when the venue pulled the plug.

So, Madonna being Madonna, she performed anyway ... 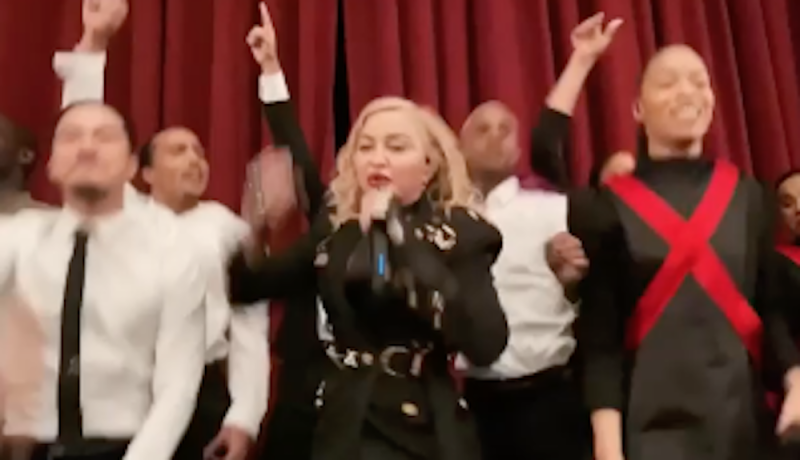 If cameras were allowed in, someone would have 100,000s of views by now! (Image via video still)

Artists Are Here to Disturb the Peace................ ❌ it was 5 minutes past our 11:00 curfew—-we had one more song to do and The Palladium decided to censor us by pulling.down the metal fire curtain that weighs 9 tons. Fortunately they stopped it half way and no one was hurt.............. Many Thanks to the entire Audience who did not move and never left us. 👊🏼👊🏽👊🏿 Power to The People!! #Irise #ongod#madamextheatre#thelondonpalladium."

Check out how enthusiastically the troupe supports her in this: