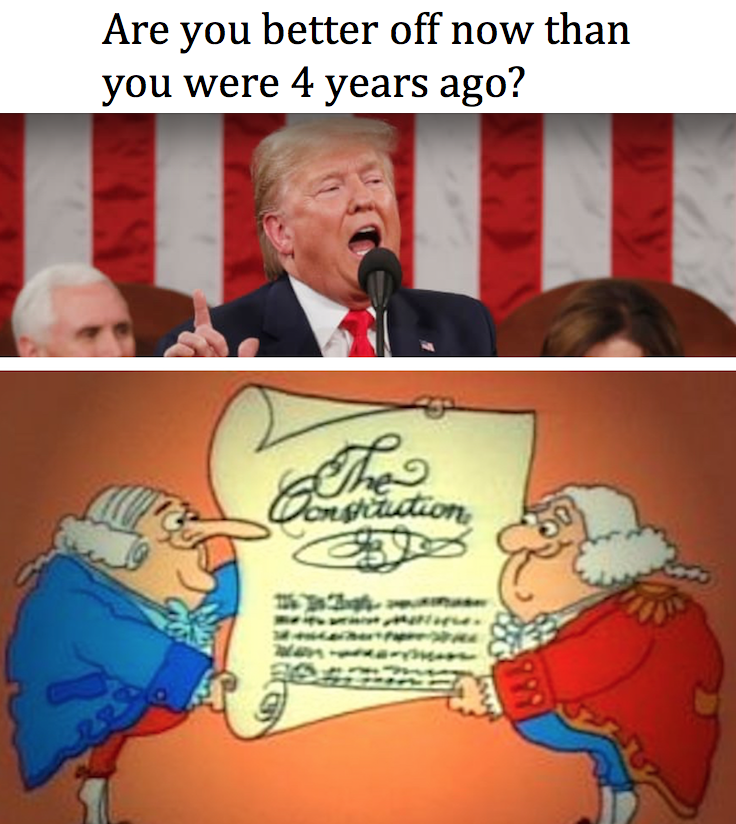 Anyone who buys this guy is historically stupid. (Image via meme)

Tuesday night, Trump gave a State of the Union speech filled with lies and human props. It was beyond disappointing to see a 100-year-old Tuskegee Airman willingly giving cover to a lifelong racist, who then directed his wife, Melania, to hand a Presidential Medal of Freedom to an even more odious lifelong racist, the dying Rush Limbaugh.

That said, all anyone's talking about today is that after the speech, Speaker Pelosi ripped her copy in half.

Asked for the reasoning behind her dramatic gesture, she said:

It was the courteous thing to do considering the alternative.

If you're a liberal who thinks this was disrespectful and not a good idea, you're fucking useless.