BELOW: Keep reading for a hard-workin' Speedo, Buttigieg's sexual orientation as catalyst for internalized (and externalized) homophobia, a Michael Henry video takes a serious turn, the late Paula Kelly and more ...

Sunning his abs (Image by Benjamin Veronis for DNA)

JOE.MY.GOD.: The U.S. continues to slide into totalitarianism — openly. Sen. Lindsey Graham (R-South Carolina) admits AG Barr has a back channel for receiving dirt on Biden.

WAPO: Pete Buttigieg won Iowa, and it has opened a can of LGBTQ-powered whup-ass on his LGBTQ ass. It's absurd how over-the-top the reactions to Buttigieg are, especially within our own community. In no way to I think we have to vote for any LGBTQ candidate just because they're LGBTQ, however: (1) Why do so many jump to the conclusion that his supporters are voting for him only for that reason? It smacks of the same bigotry (even from within!) that was used in an effort to shame black voters and white liberal voters who supported Obama “just because he's black” and (2) if you despise Buttigieg and think he is the same as Trump, you've fucking lost your mind. The guy is an intelligent, thoughtful, dedicated public servant and veteran who has weaknesses like any other candidate, but whose campaign is historic and whose willingness to listen to the party's progressive wing in any eventual White House stay should strike you as exciting. He is not a corporate tool. Who cares if money comes from billionaires? Which billionaires is more interesting, and is anything expected in return? Money is not instantly corrupting. If it is, then Bernie is as corrupt as all the other nominees, and he's clearly not corrupt.

P.S. Pete isn't my first pick and I don't think his experience is enough for the job, but I'd sleep soundly if he were POTUS.

THR: Refreshing our collective memory as to the importance of Ashley Boone Jr., the first black head of a major studio, who made Star Wars, The Rocky Horror Picture Show and many other classics possible. 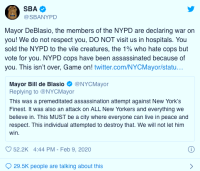 and attacked cops twice within 24 hours in NYC, which everyone can agree is a crime and should be condemned. When Mayor Bill de Blasio condemned it, and even went so far as to say there is too much anti-cop sentiment going around (debatable, considering how police behave toward citizens — and how their unions tend to endorse even reprehensible abuses), the NYPD's union seemed to publicly threaten de Blasio's life. This is why people hate cops to begin with. Is it so hard to imagine lawlessness with a union like this? 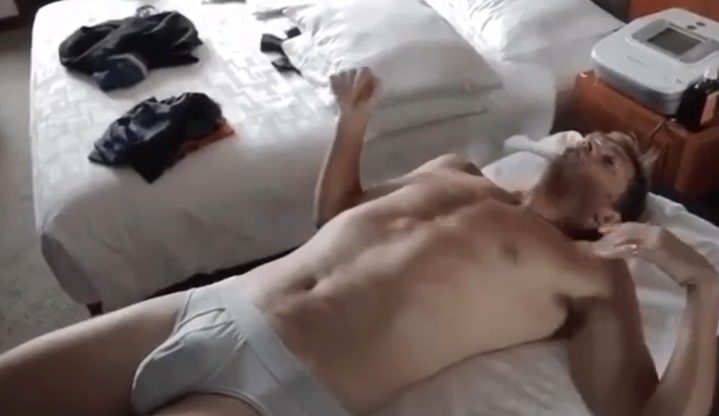 PEOPLE: Jane Fonda not only looked stunning, she was making a statement with that gown at the Oscars.

OMG.BLOG! (WORK UNFRIENDLY): The Gay Men's Chorus of L.A. singing about movies that are gayer than you think they are.

YOUTUBE: Michael Henry starts out meshin' around, but Adjacent will hit you like none of his other pieces:

NEWNOWNEXT: Inside the Jerry Herman memorial.

INSTAGRAM: Julianne Moore spent Oscar night at NYC's gay-bar landmark Julius'. The first thing I thought was the fact that Julius' was a major setting in Can You Ever Forgive Me?, the only film from which Moore — already an Oscar winner by then — was fired:

EXTRATV: Paula Kelly died way too late to make it onto the Oscars' in memoriam segment, and her family has yet to officially confirm her death, but she definitely passed away this weekend, and that is a big loss. She was wonderful in her prime, and it was already sad that she retired so young (in 1999, in her fifties).

See you in next year's in memoriam, Paula! (GIF via GIPHY)