Meet The Season 12 RuPAUL'S DRAG RACE Girls: Who Is Tipped To Be Victor/Victorious? Comments (0) 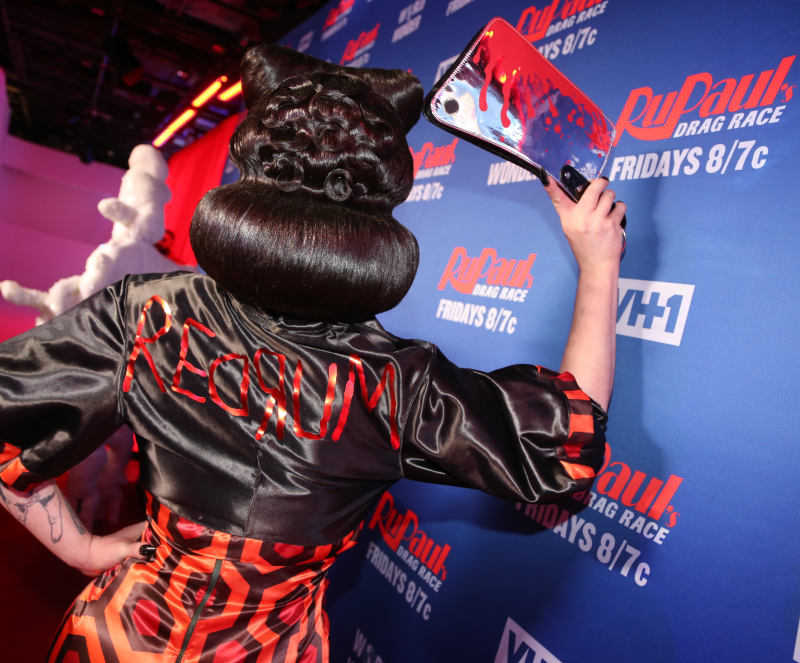 High fashion can be REDRUM, girls! (All images by Matthew Rettenmund)

I spent Wednesday evening with a bunch of ladies who were perfect gentlemen — the cast of Season 12 (already?!) of RuPaul's Drag Race. 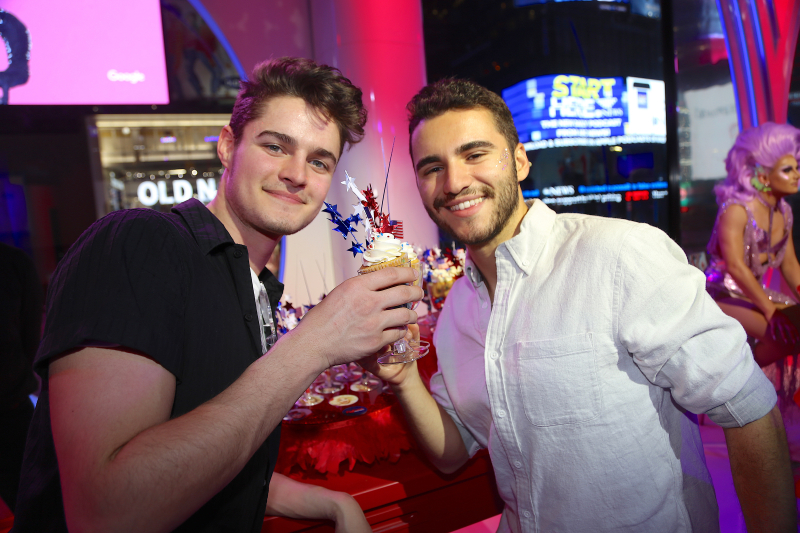 I've been covering these events from the Year One, so it was nice to keep the tradition alive, even if some of the girls I interviewed were children when RuPaul's Drag Race premiered. 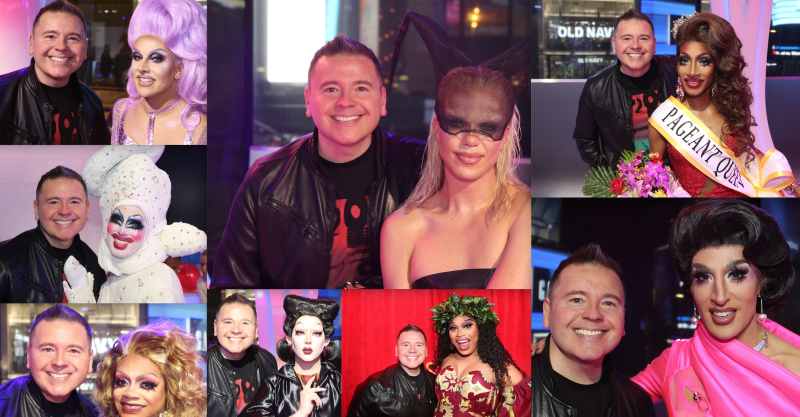 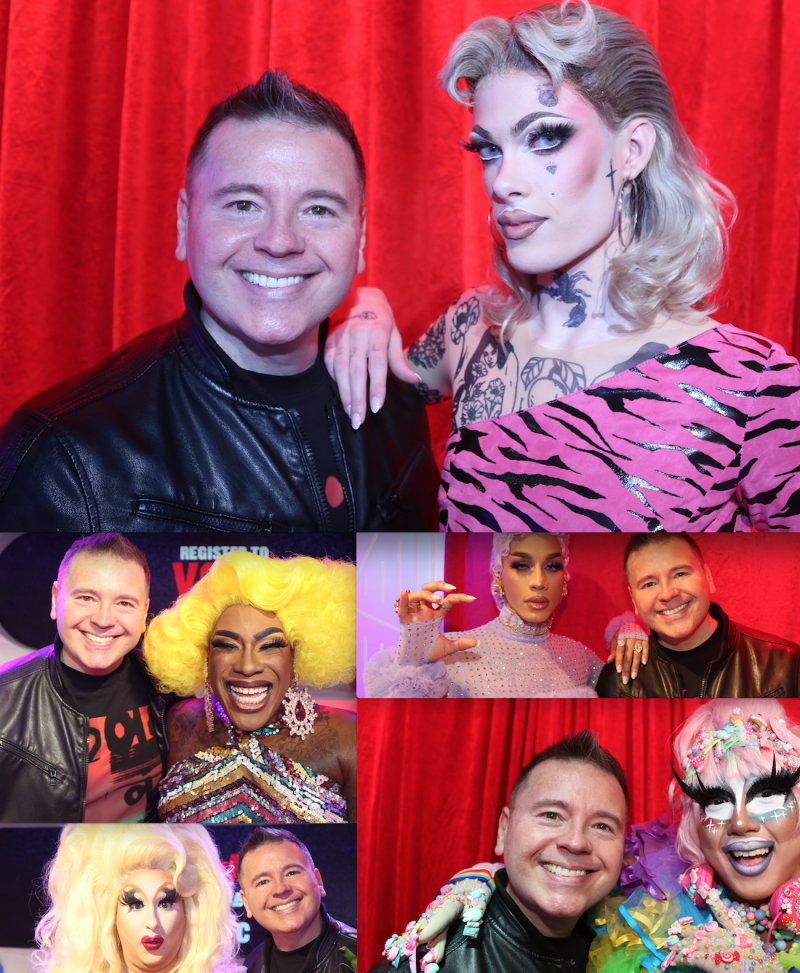 I got all 13 girls! Thanks to Jason for the shots, and for videography.

Keep reading for my video and photos from the she-vent ...

VH1 hosted the press event in the iconic TRL Studios, where each queen walked a red carpet, gave interviews, then sat at stations to do more interviews and photos.

I was positioned on the side of the red carpet (I'm a trailblazer when it comes to covering events, always finding new angles to work ...), where I captured some fun shots before heading over to the tables for one-on-ones. 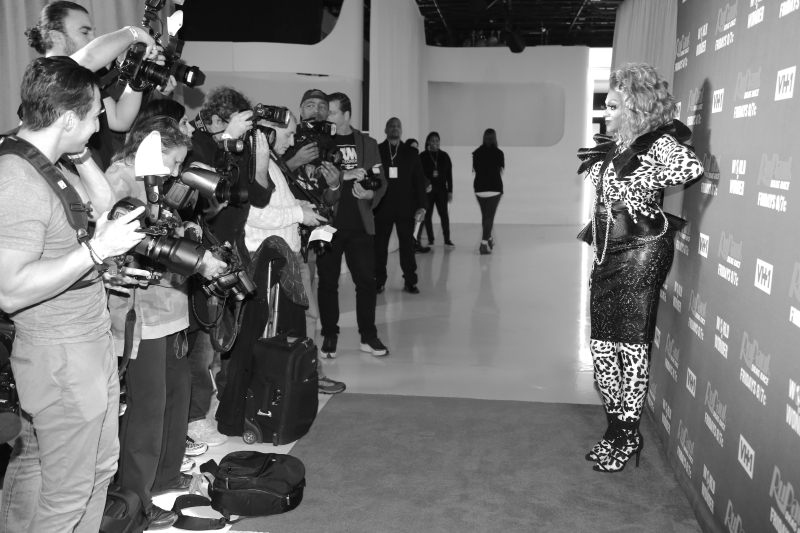 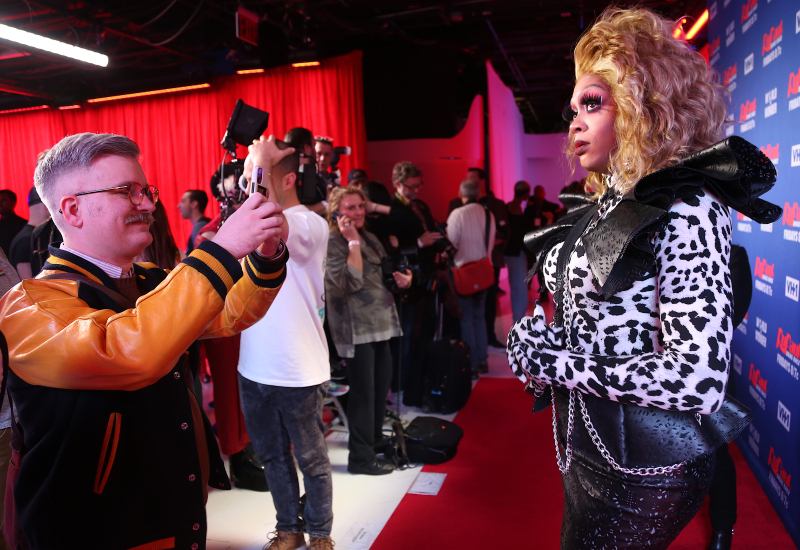 Heidi N Closet said she was too poor to have cable as a child. Now: Queen of VH1!

During my time capturing the queens' good sides — literally, their sides — I overheard some fun stuff, such as Heidi N Closet being asked how she felt being in the iconic TRL Studios, only to say she'd never heard of TRL. Some of these bitches are so young they were traveling with wetnurses. 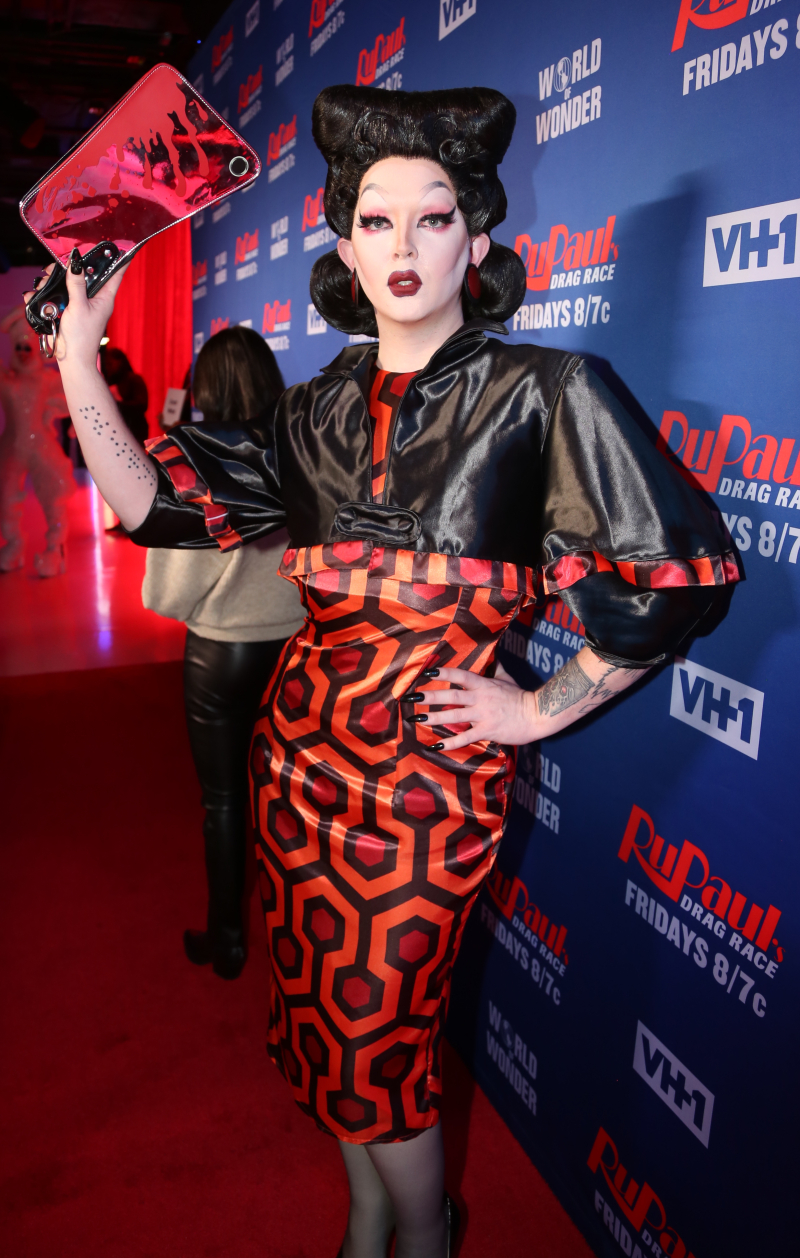 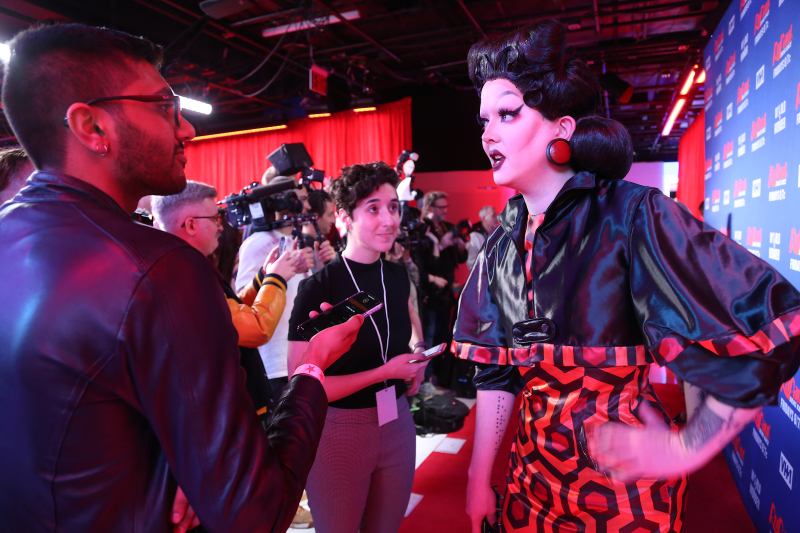 Aiden Zhane was a choice cut. 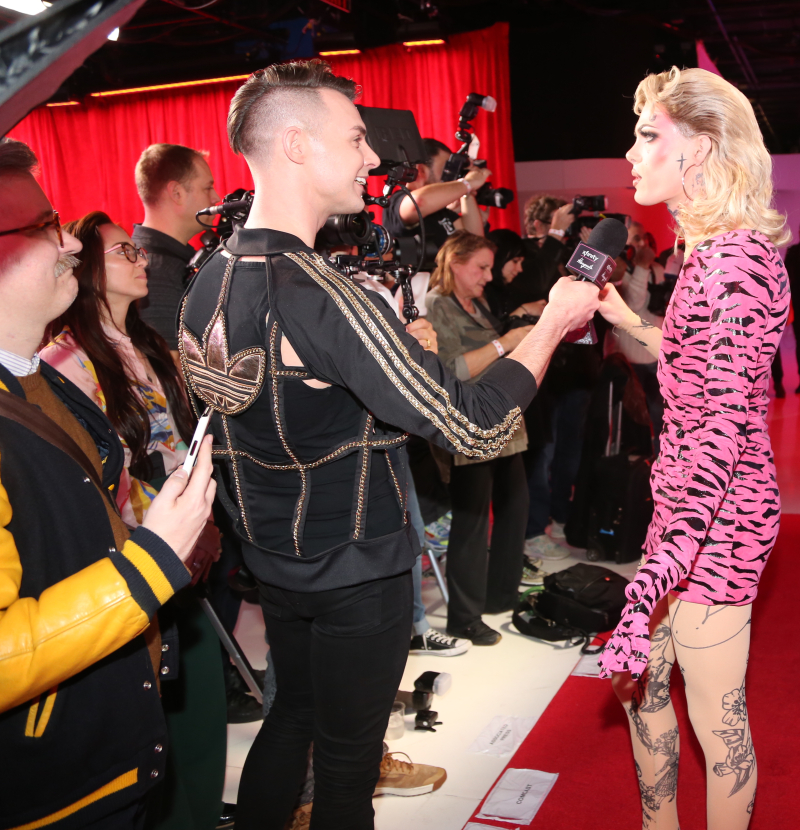 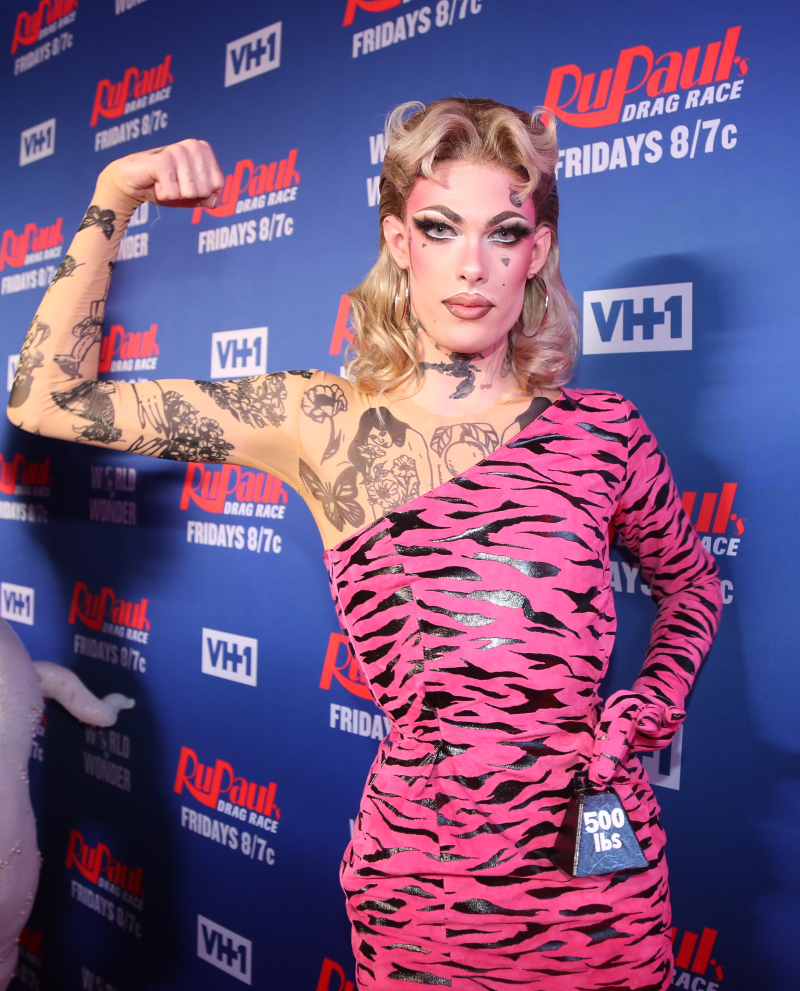 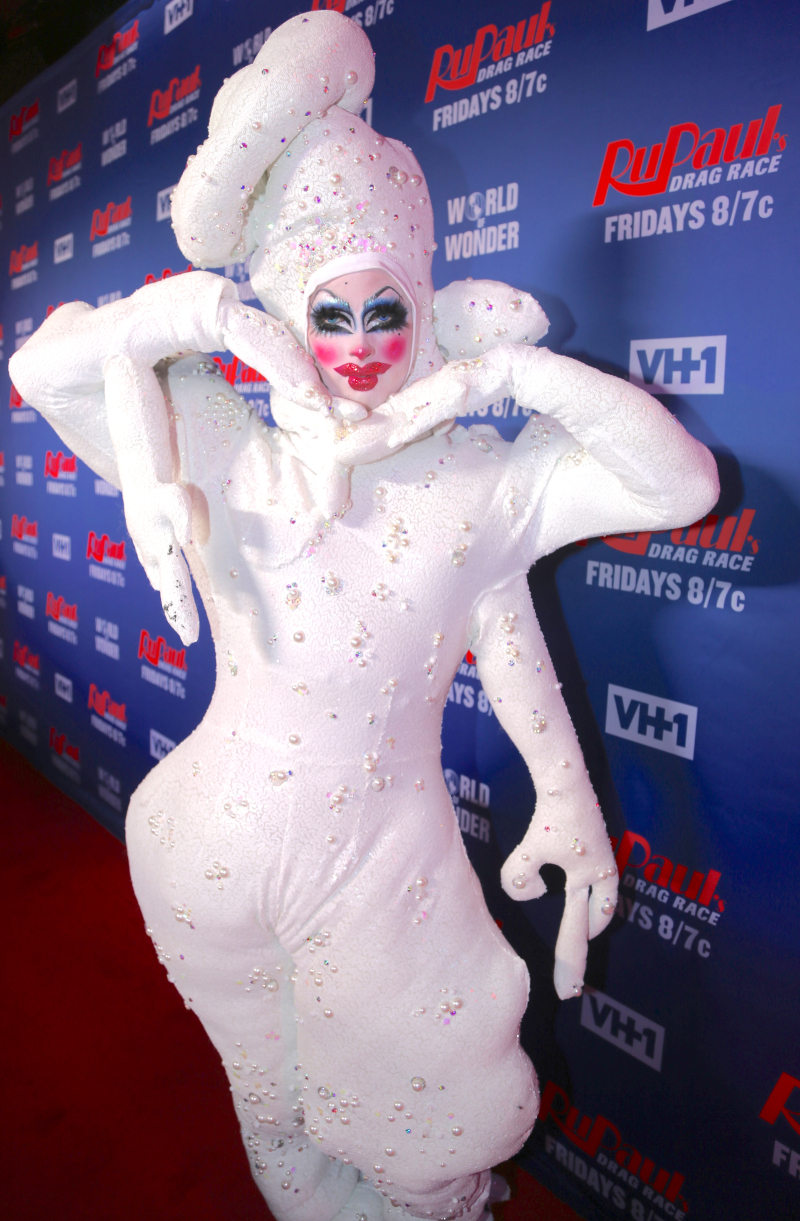 The general consensus is that Sherry Pie will be the villain, but probably only in an exaggerated way. 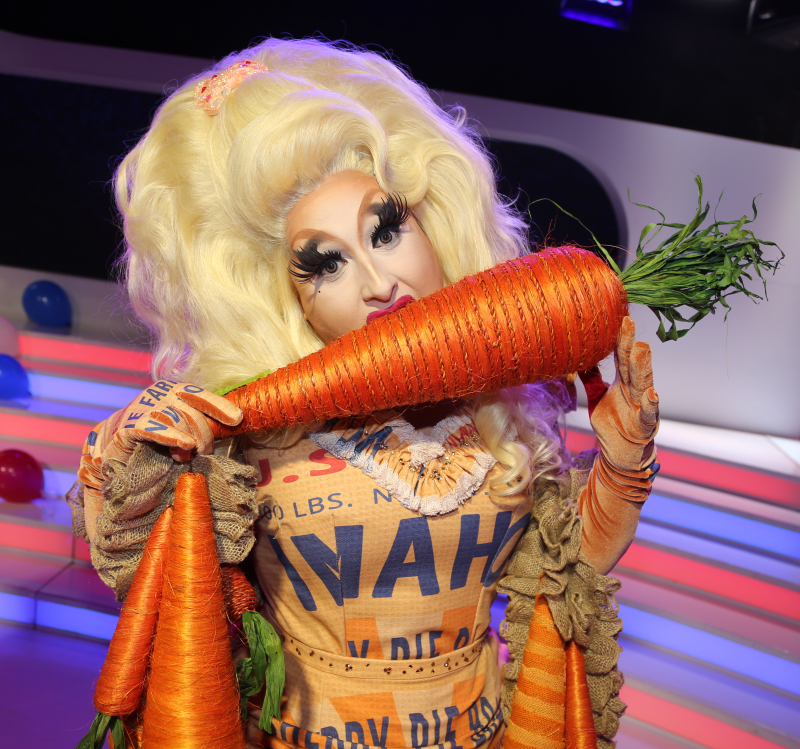 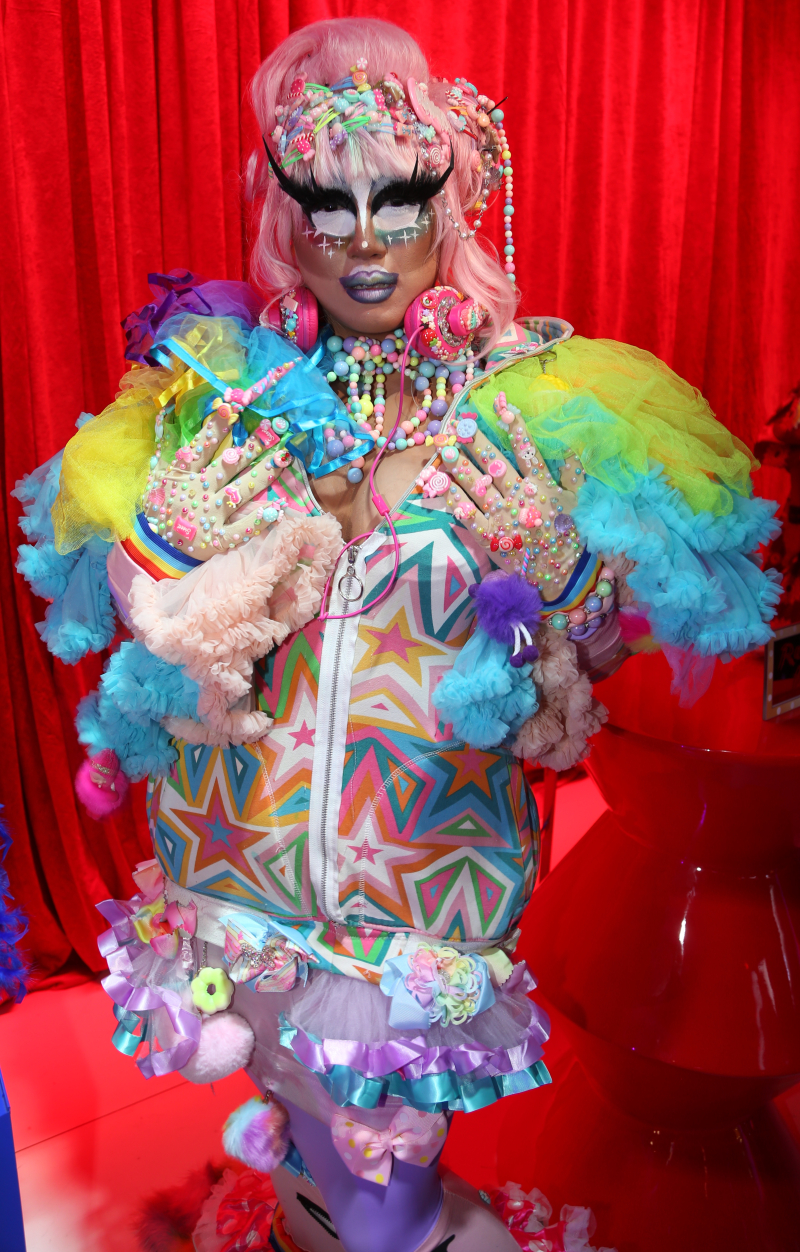 I got the sense that Rock M. Sakura may not last, only because when I asked her a question that required her to name someone from the season, she asked, “Who's on this season?” — a funny read, or a hint that she wasn't on long? 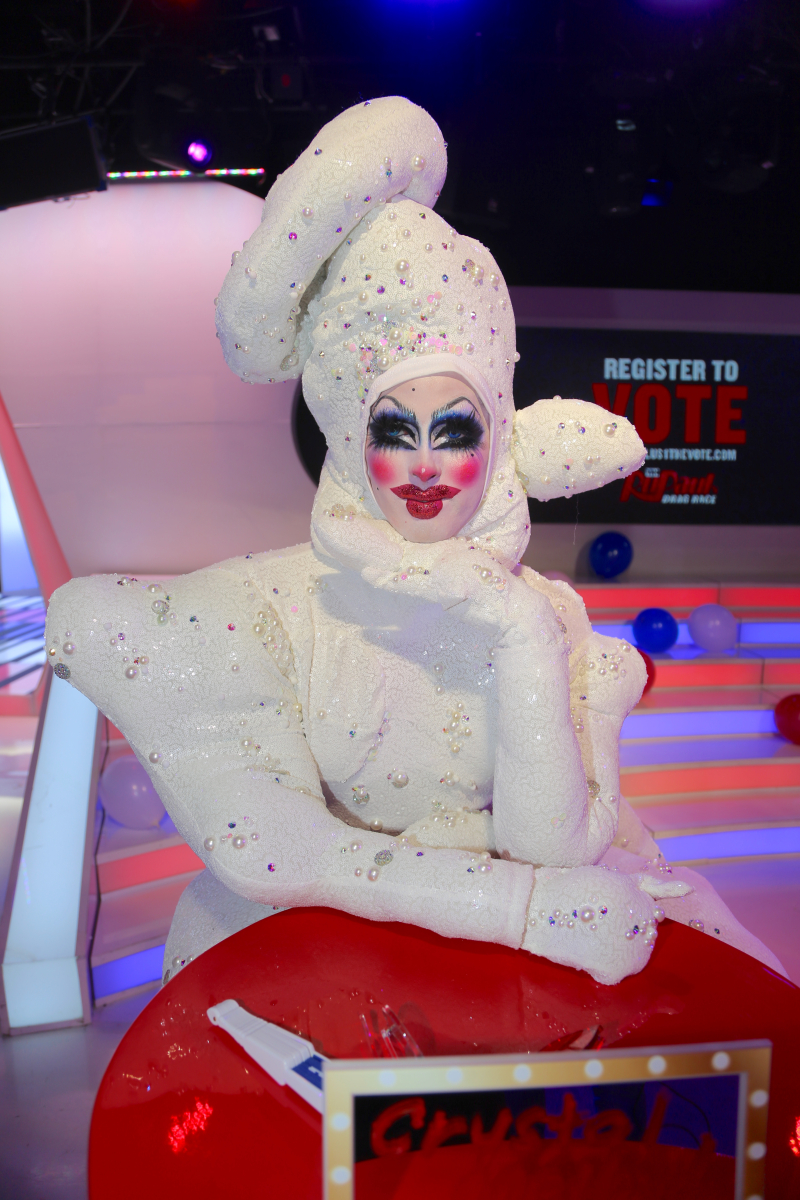 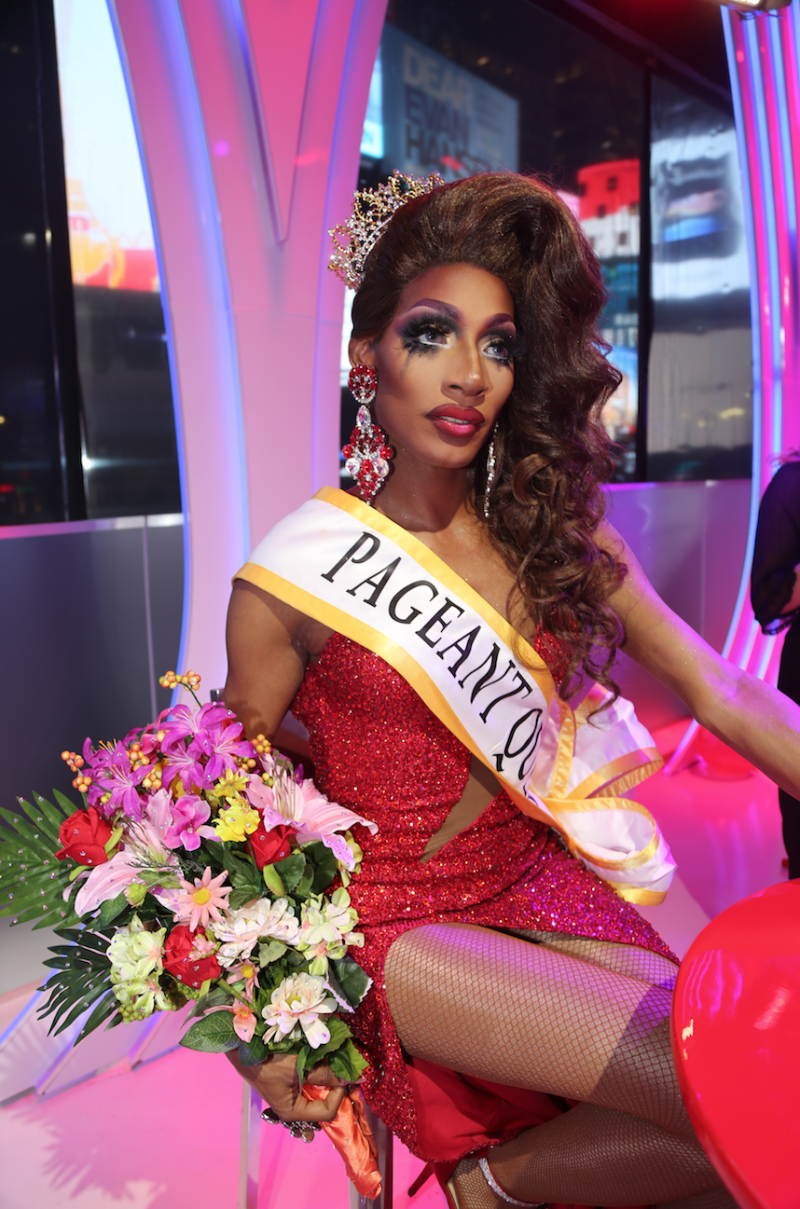 Crystal Methyd struck me as the queen most likely to wear experimental drag, Jaida Essence Hall was the most pageant-queen of the girls (she was literally sitting pretty in a PAGEANT QUEEN sash!), and Aiden Zhane was the closest to a Sharon Needles vibe, albeit Sharon Needles by way of Ida Lupino after getting off the turnpike at Slasher-ville. (Her a-maze-ing The Shining ensemble was to diiiie for.) 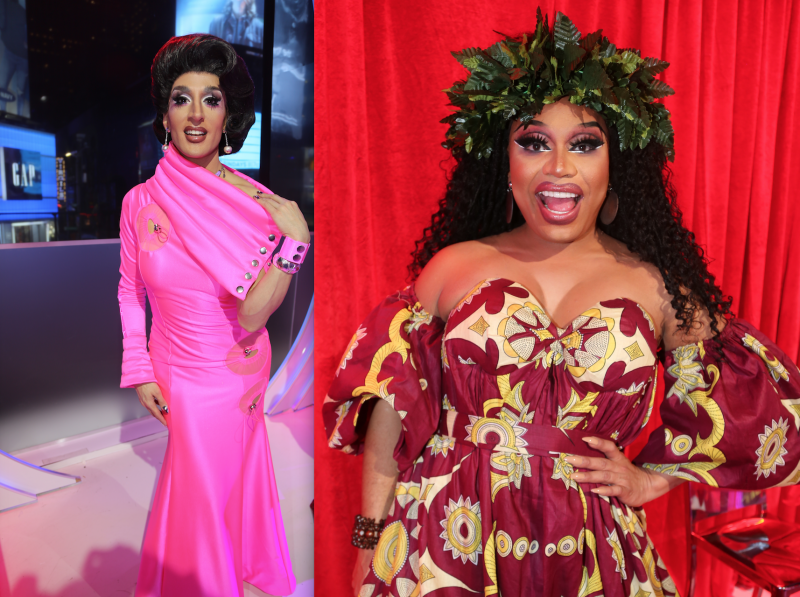 All the queens raved about Jackie Cox, and they all had a palpable respect for Brita Filter, so I am going to say those are the two to beat. 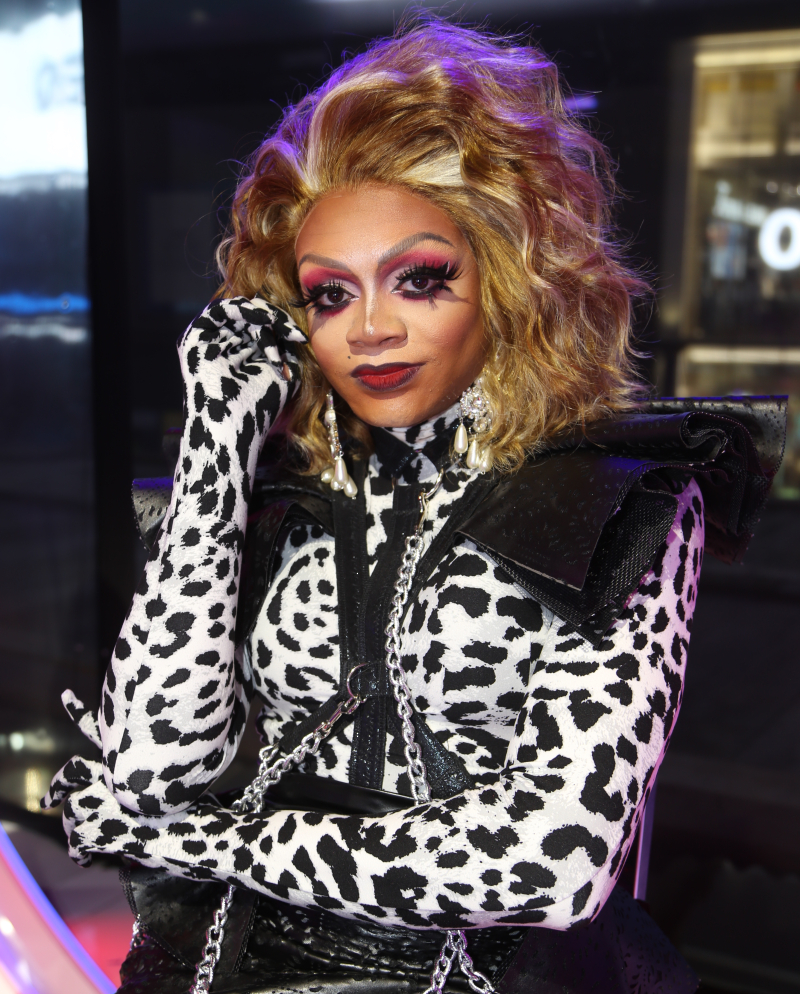 Heidi N Closet got a free head shot out of it. 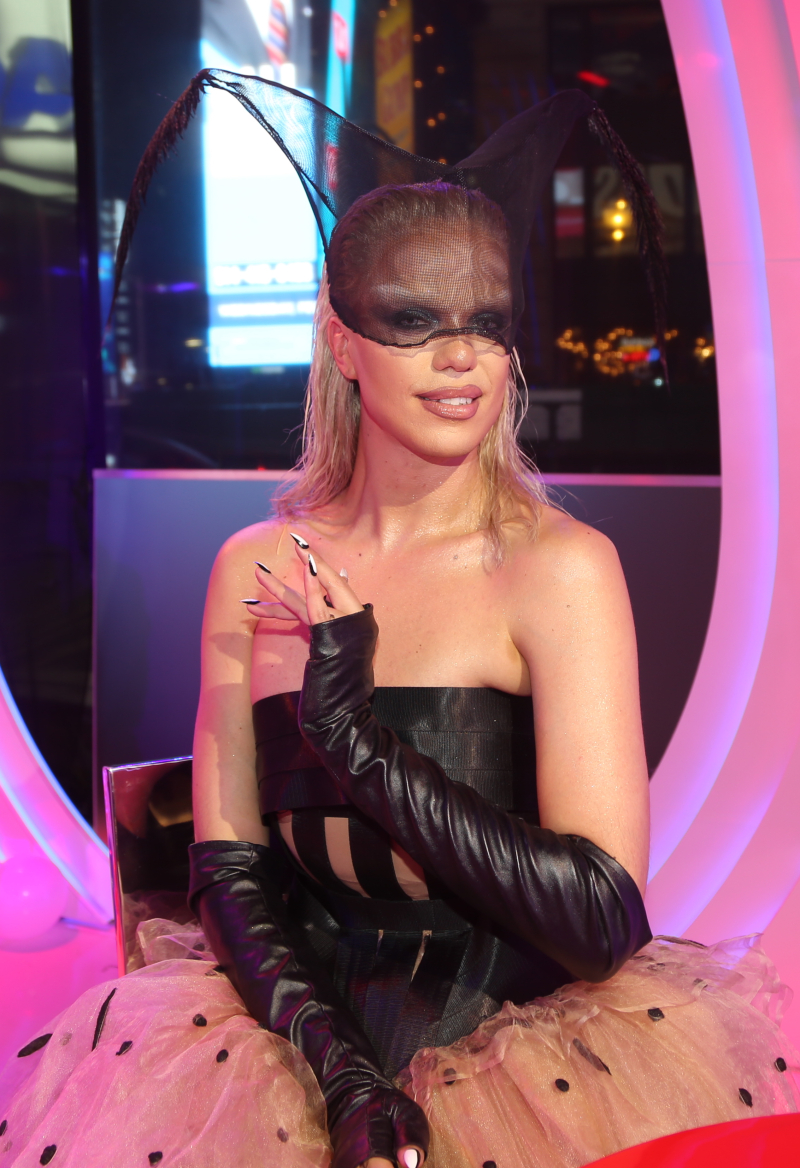 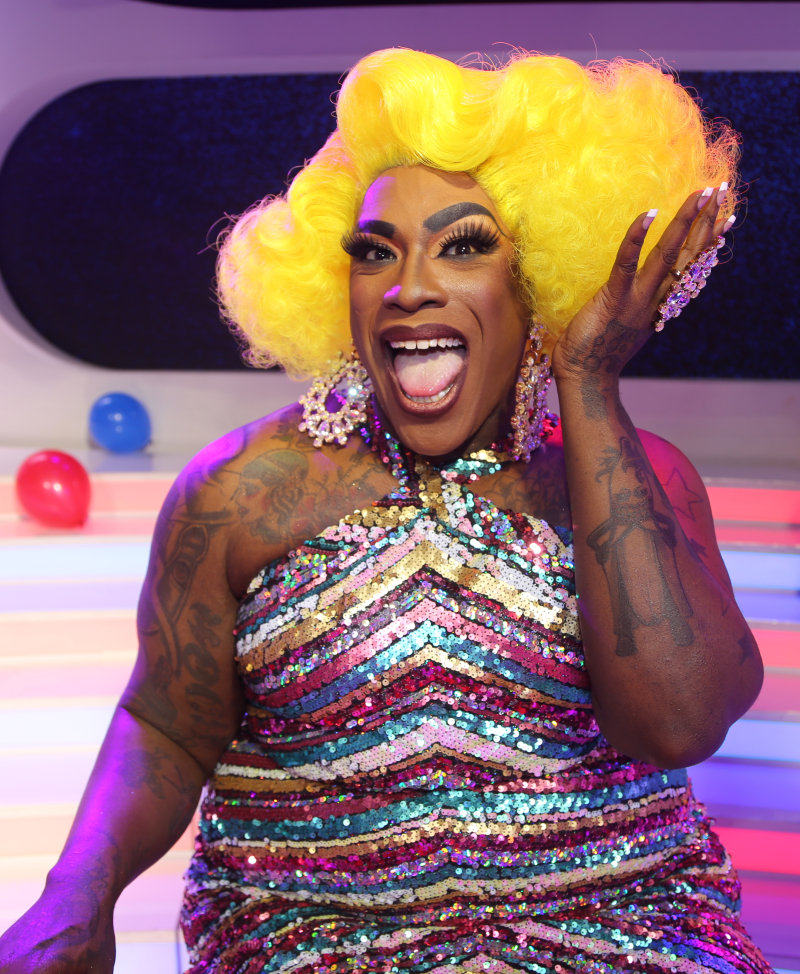 Widow Von'Du was giving me Motormouth Maybelle vibes, and had a serious answer about politics. 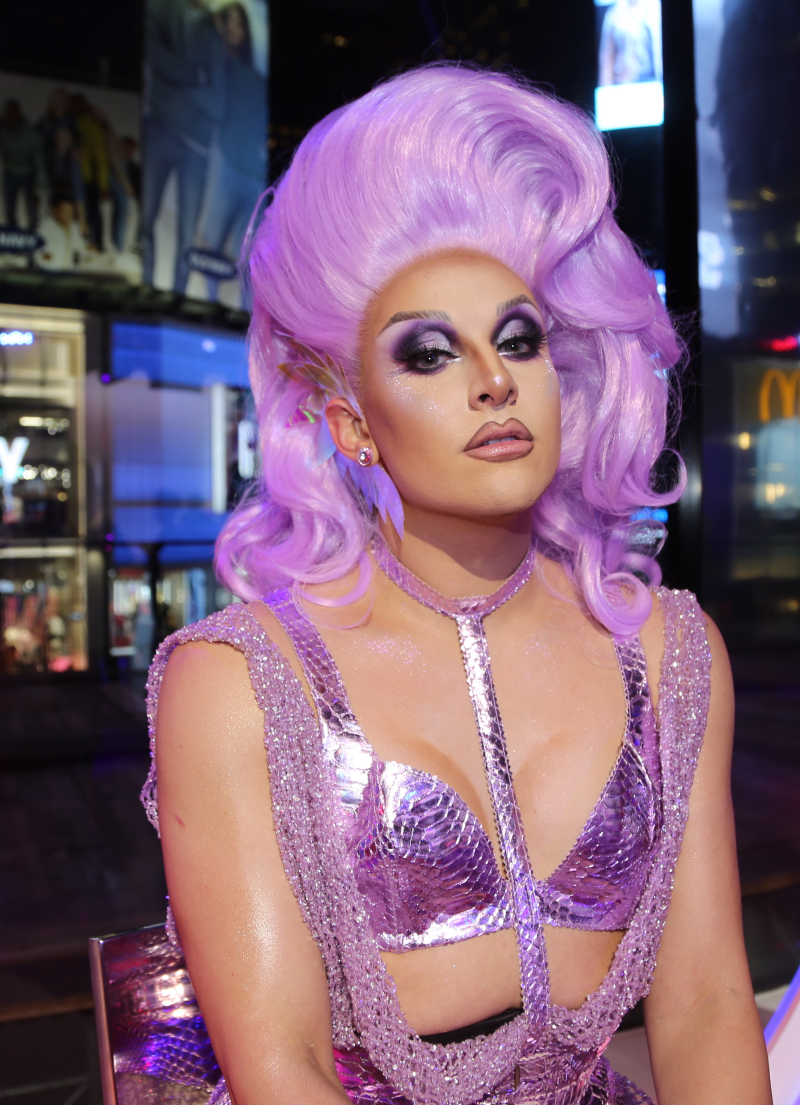 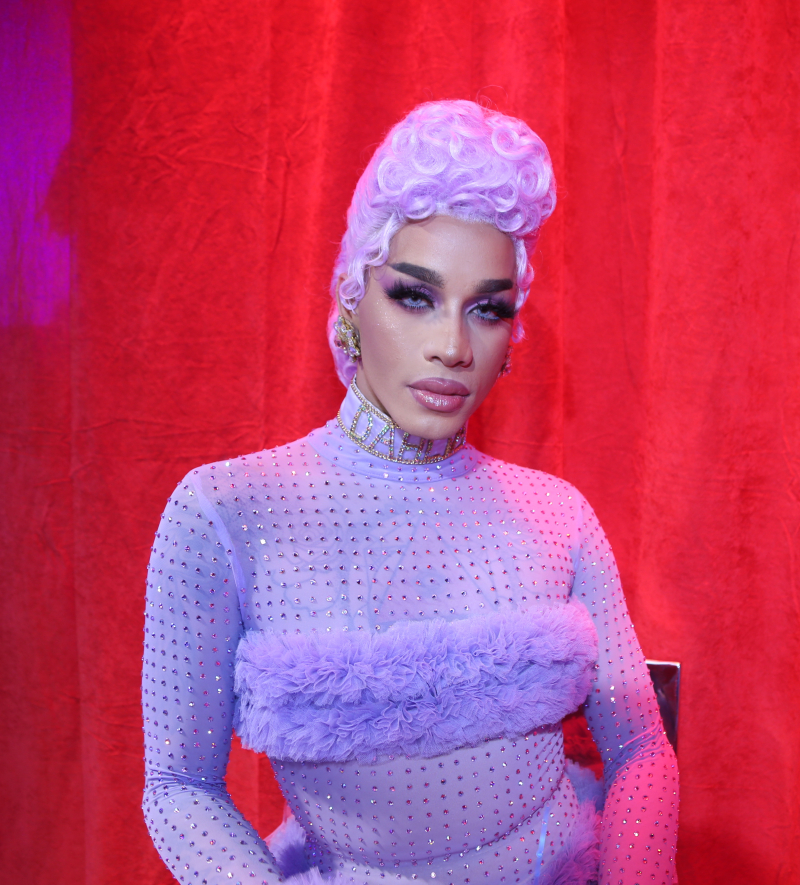 Done up as a poodle, Dahlia Sin skirted my question about draggin' up a POTUS candidate. 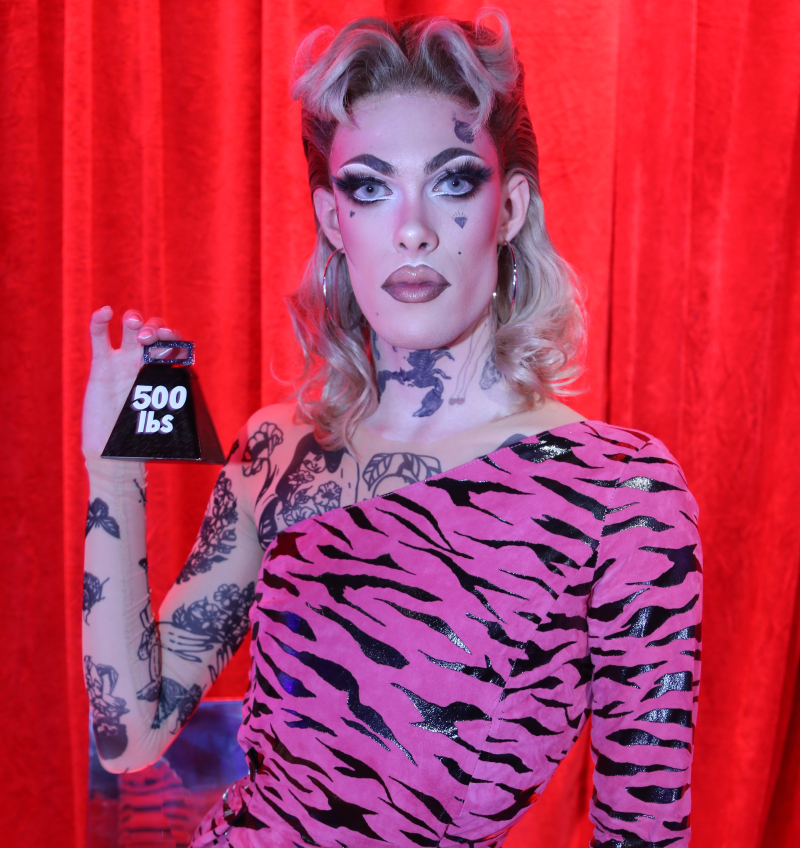 Gigi Goode is worth the weight. Also: What a waist!!! 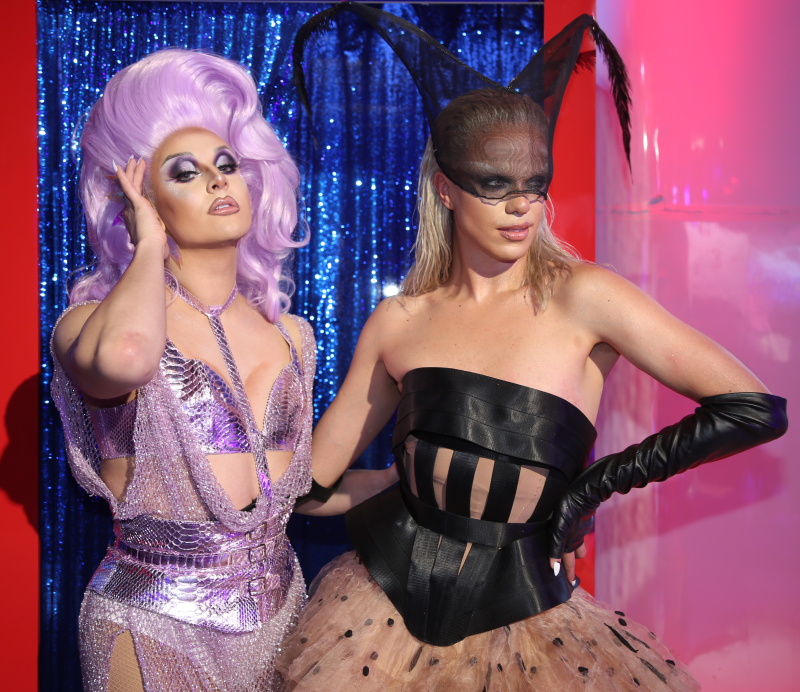 When time permits, always behave as if you're shooting for the cover.

My video questions for all the goils are at the top of this post. I went political, because, per a VH1 press release:

Leading up to the 2020 election, RuPaul's Drag Race Season 12 will be seeing red, white, and “Ru,” with every episode ending in a call to action encouraging viewers to get out and vote. The RuPaul's Drag Race “Meet the Queens” event, which took place on February 26 at TRL Studios in New York, New York, was no different. The category was election-night realness, with a photo booth modeled after a voting booth and a call to action encouraging partygoers to register to vote. Please watch, and please share! 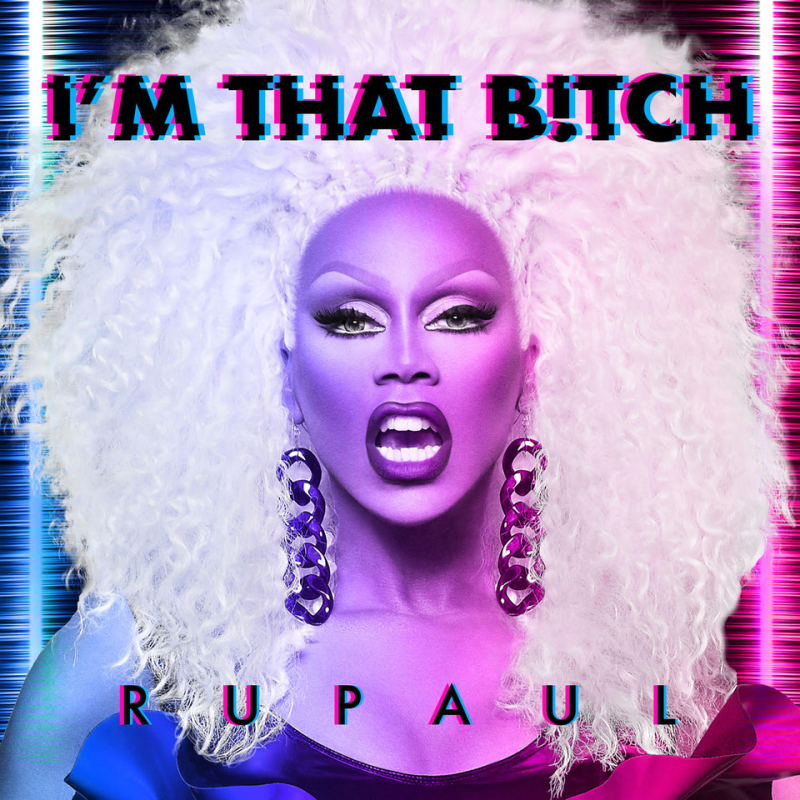 This one never misses a beat — or an opportunity! (Image via WoW)

In the meantime, RuPaul is seizing the moment, releasing the single “I'm That Bitch” as a tribute to one of this season's guest judges, Nicki Minaj. Sample a preview here: