I'll take one in every color! The shorts, no, they won't fit me. (Image via DNA)

CNN: GOP group pours money into North Carolina Senate race on behalf of a Democrat they think will lose in the general.

FIVETHIRTYEIGHT: Sanders did extremely well in the Iowa satellite caucuses (out-of-state caucuses for residents unable to attend; yeah, caucuses must go), so it now a hair away from overtaking Buttigieg in the Iowa Caucus results. Sanders is slightly ahead in both popular measures, and ever so slightly behind in delegates. Both men are going to get a significant number of delegates ... but which will get the actual win? (Remember, Hillary won Iowa in 2016 ... but it was also a slim margin.) FiveThirtyEight currently projects Sanders is the most likely Democratic nominee. That's who Trump wants (so he can bray about socialism, and likely, because he knows a lot of angry centrist Dems will, too, unfortunately) ... but just because he sees Bernie as the weakest, that doesn't mean Bernie is the weakest, or that he will lose.

TWITTER: Pete Buttigieg reacts to Iowa Caucus voter who was shocked to discover he was gay:

.@PeteButtigieg reacts to video of Iowa caucus-goer who tried to pull her vote for him after learning he’s gay, saying “I’m running to be her president, too.”
“I wish she was able to see that my love is the same as her love for those that she cares about.” https://t.co/f8u2wbJuik pic.twitter.com/zezmeYk8c5

HUFF POST: Trump used the National Prayer Breakfast to bash Pelosi, Romney and all his many detractors because, yeah, the venue seems right.

THE HILL: Lisa Simpson herself, Yeardley Smith, issued a big F-you to Secretary of State Mike Pompeo for using Lisa in a meme.

That’s pretty good! I might just add f*ck you @mikepompeo for co-opting my character to troll @SpeakerPelosi . Be a leader and fight you own fight! Oh, wait I forgot, you’re a follower. https://t.co/EzCtEZmKzJ

CBS NEWS: Speaker Pelosi called out “sedated” Trump's many lies at a presser today, leaning into all of the accomplishments of the Obama Administration. She accurately pointed out that Trump didn't inherit an economic mess, but economic momentum:

KENNETH IN THE (212): Would you stuff your junk into this hole?

WORLD OF WONDER: Ross Mathews — in his new book — recalls a mean-girl encounter with Barbara Walters. 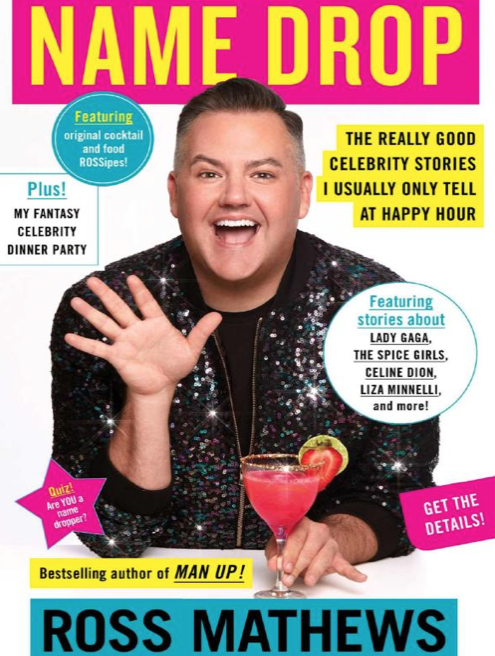 Not the juiciest tidbit, but a tidbit nonetheless! (Image via Atria)