ABOVE: Frosting on top.

BELOW: Keep reading for more Luke Evans drool, why Coachella is still anti-LGBTQ, Catholic-school teachers who got sacked, Chaka Khan vs. the national anthem and more ... 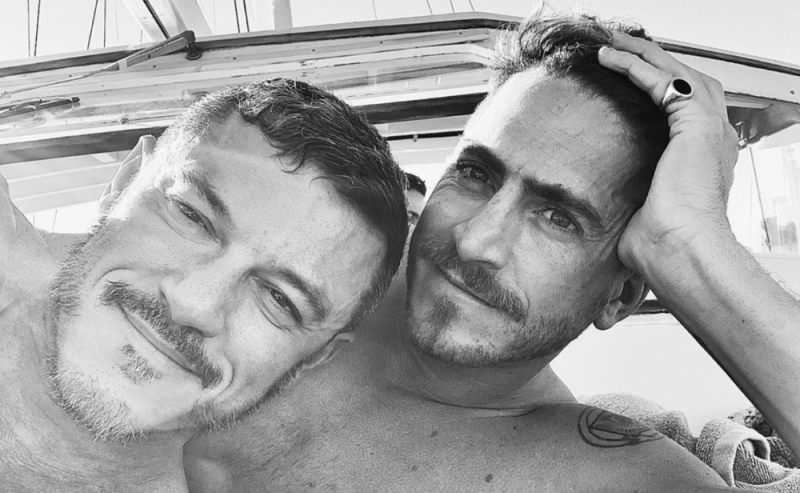 INSTAGRAM: Luke Evans's foxy boyfriend has returned the favor, posted a pic of the couple in honor of V-Day. 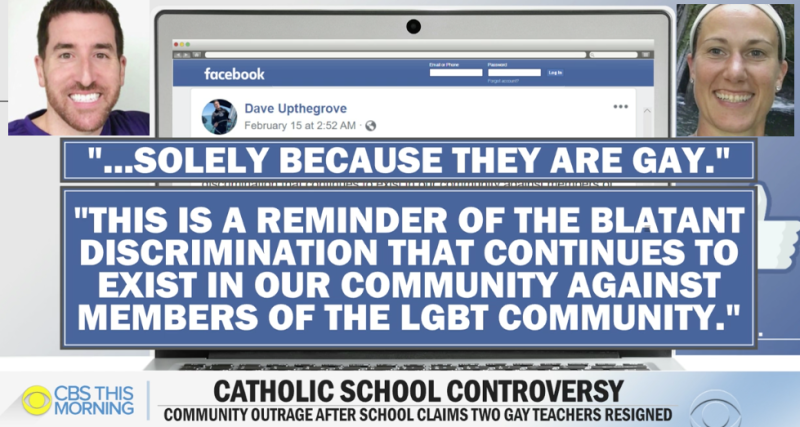 CBS NEWS: Students outraged over the firing of two gay teachers sacked by a Catholic school.

PHOENIX NEW TIMES: Prominent anti-LGBTQ right-winger Cathi Herrod, of Arizona, has a daughter who is married to a woman and who works for progressive causes diametrically opposed to everything she fights for. When this was pointed out, both women said they love each other and bye. I find that so odd. I would hate my mom's fucking guts if she advocated against gay rights.

CIVIQS: An impressive 60% of respondents do not approve of the Senate's acquittal of Trump.

TRUE CRIME DAILY: Drew Carey's sex-therapist ex-fiancée, Amie Harwick, died this weekend, allegedly tossed from her balcony by a stalker ex-boyfriend. She had taken out a restraining order against him, but it had expired. Gareth Pursehouse, the suspect, was arrested Saturday.

Wonder what the bride of Stephen Miller looked like walking down the heil? pic.twitter.com/d4PSY5lU3d

THE GUARDIAN: Trump attended the weekend wedding of his vile, xenophobic henchman Stephen Miller at — where else? — Trump International Hotel. Miller is so loyal and strategic, he married a girl from Florida.

INSTAGRAM: This guy in his Walking Jacks is a walking jack! 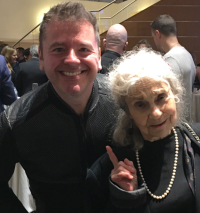 the amazing stage actress who wound up finding late-in-life fame as Miranda's housekeeper Magda on Sex and the City (and in both movies) and as Mags in The Hunger Games: Catching Fire. I met her at a Drama Desk Awards after-party and she was so much fun, and so enjoyed the silliness of being recognized.

HUFF POST: Dems should go all-in on expanding the Supreme Court — a new poll of Independents, Democrats and Republicans in swing states reveals they're okay with the idea.

YOUTUBE: Chaka Khan decided to sing the national anthem in a nontraditional way:

OMG. BLOG! (WORK UNFRIENDLY): Trixie and Katya are in their 30s: