ABOVE: He told him he was posing as a metaphor — that's a good way to get them to show their ass! 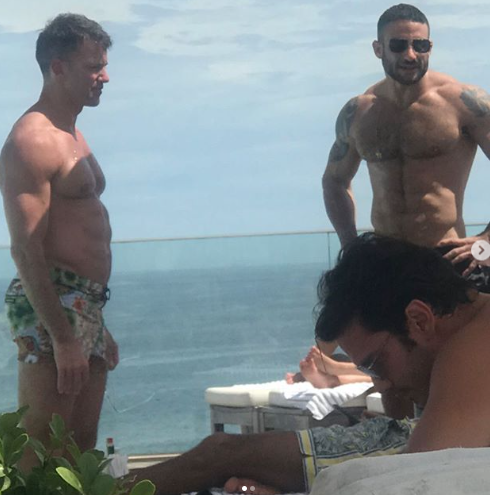 THE NAUGHTY GOSSIP: Aaron Schock seems determined to get seeded by — I mean, be seen with — every famous influencer, perhaps as a highly visible FUCK YOU to all of us who think that when closeted gay people (which he still is!) get into public office and then heartlessly vote against every gay-rights issue, they should be disavowed and disowned, not loved on in public and embraced.

Here, Schock cozies up to out Israeli actor and gay circuit queen Eliad Cohen (again — this has been going on a while). It's shameless how he and his cohorts think it's okay for Schock to be a part of a gay anything after what he's done.

Ironically, Cohen — founder and creative director of the Papa Party and Amigos L.A., who is also plugging Vallarta Heat — lists his motto on IG as: “Treat others the way you want to be treated.”

Let that sink in regarding his buddy Schock voting against LGBTQ rights and being at odds with President Obama every step of the way.

KENNETH IN THE (212): This tennis player's quads are gods.

INSTAGRAM: Jean Harlow — do people remember her? — was born 109 years ago today.

GR8ERDAYS: Hilarious Chamber of Commerce videos of the '80s, imploring people to check out Ontario, Detroit and other hellholes. (I'm from a hellhole! I can say it!) 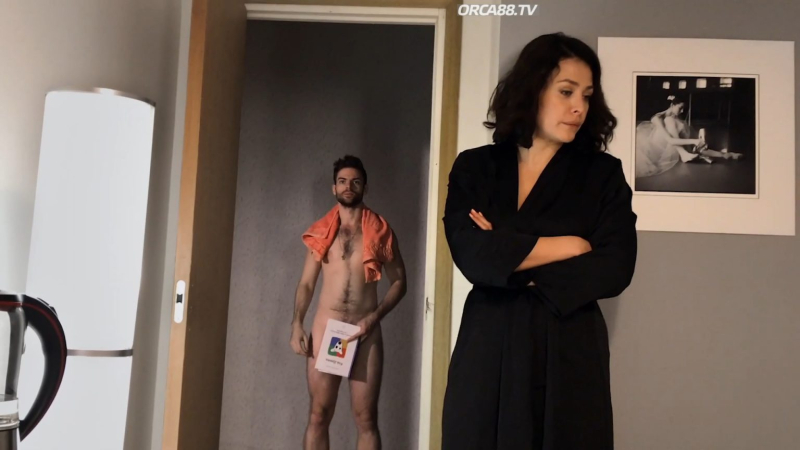 Kirill Kovbas lets it all hang out. (Image via video still)

OMG.BLOG! (WORK UNFRIENDLY): Nothing like a bushy full-frontal to start your Tuesday.

YOUTUBE: Malia Civetz's “Broke Boy” is like Opposite Day, musically, bragging about a man with no cash instead of fetishizing $tatu$. And you can dance to it. For free!