As Aaron Schock Comes Out, A Post I Hope He Reads — It's Not Too Late For You, But It's Too Late For Us Comments (0) 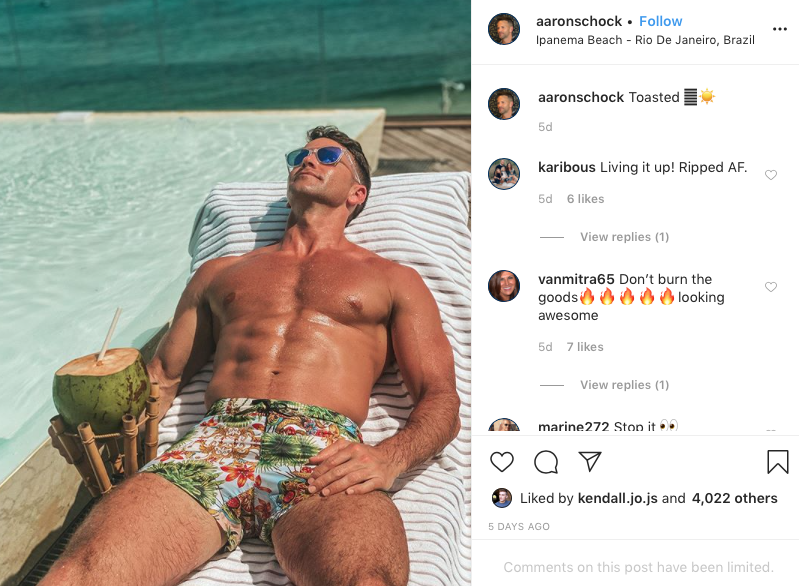 Aaron Schock, who during his time in the House of Representatives as a Republican voted steadfastly against all pro-LGBTQ issues — only to parade around WeHo and other gay environs once out of office — has officially come out as gay.

I am gay. For those who know me and for many who only know of me, this will come as no surprise.

He goes on to write that he's been telling people close to him for the past year, so that they'd hear it directly from him. This list includes his parents, siblings and best friends, most of whom sound anti-gay from the reactions he cites.

The fact that I am gay is just one of those things in my life in need of explicit affirmation, to remove any doubt and to finally validate who I am as a person. I many ways I regret the time wasted in not having done so sooner.

SO DO WE. Well, not all of us — Schock, now an Insta-stud, has plenty of drooling gay followers who don't care what he did, and what he failed to do, in the past, not as long as he's hot.

Speaking of the past, he whines about how he threw himself into his work (the work of working against our rights) to hide who he was and protect his job:

I put my ambition over the truth, which not only hurt me, but others as well.

As a sidenote: He talks about the charges dropped against him as if the scandal in which he was embroiled was poppycock, and doesn't mention how fucking lucky he is that Trump was in charge when push came to shove.

Some of the most offensive words in his coming-out story:

... I've also been cautioned by my fellow gays active in politics about what to expect from the LGBTQ public. Where was I, they will ask, when I was in a position to help advance issues to gay Americans?

No one gets to choose when we learn our lives' big lessons.

Guffaw. He then goes into the tired arguments about how Democrats were on the record as anti-gay marriage in 2008, just like him, never addressing all he ways in which the same Democrats were both explicitly pro-gay and were telegraphing their support, their cautious preparations for enacting change.

He surprisingly gives credit to the many LGBTQ people who came before him, whose brave work has allowed him this moment, but in so doing also shits on them:

I can live openly now as a gay man because of the extraordinary, brave people who had the courage to fight for our rights when I did not: community activists, leaders, and ordinary LGBT folks. Gay bloggers who rallied people to our cause. I recognize this even in the ace of intense and sometimes vicious criticism that I've received rom those same people.

Schock is the same person he has always been — a homocon. The only difference is he's out now, and can party in public. He makes his politics clear by stating that :

... being gay has not required stepping into some entirely new belief system, disconnected from every other facet of my life's experiences. I haven't overcome one kind of repression for another.

... it's never too late to be authentic and true to yourself.

That is true, but only as it pertains to your self. It is far too late for him to be the person we needed him to be 10-12 years ago. He will not, as he claims he hopes to do, reflect credit on the gay community as a right-wing gay.

I'm sorry he grew up raised by terrible people, but I'm far sorrier he did not have the strength to reject their poisonous teachings and stand up for himself and the rest of us.

I see almost 2,000 people instantly liked Schock's essay. I wonder how many of them thought Mayor Pete wasn't good enough.