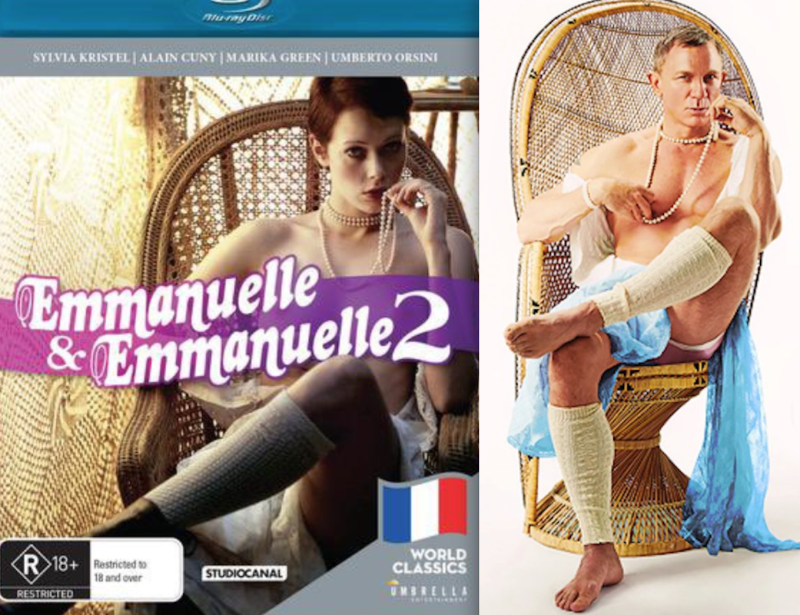 He's doing it for a laugh, but you can blow a guy through guffaws. (Images via Studiocanal & NBC)

TWITTER: Daniel Craig hosted SNL (yawn), but the best part was this image of him used as an interstitial. Kudos to the followers of Jason for noting the reference.

HUFF POST: The U.S. stock market crashed so badly it was paused. Thanks, Trump!

The answer to hatred & division is to reignite our spirit of common purpose.@JoeBiden won’t only win - he’ll
show there's more that unites us than divides us.

He’ll restore honor to the Oval Office and tackle our most pressing challenges.

POLITICO: Speaking of which, Trump worsened the U.S. coronavirus outbreak by keeping  passengers aboard a cruise ship — and he made that shortsighted decision to try to keep the number of documented cases on the mainland down.

BANANA GUIDE: Grindr is up for sale. Chinese gambling company Beijing Kunlun Tech. Co. Ltd. is selling it for $608.5M. The U.S government had IDed the company as a major security risk for U.S. users. 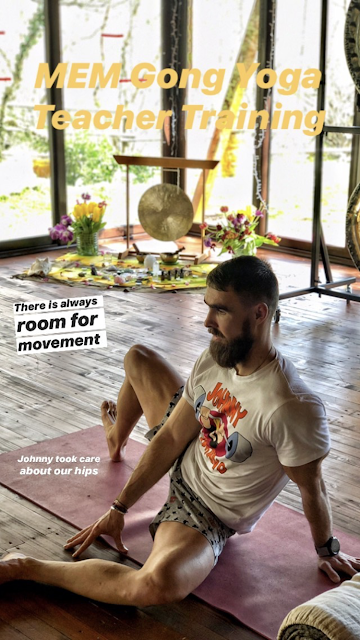 KENNETH IN THE (212): Kenneth scours every tennis pro's account so you don't have to!

WORLD OF WONDER: The sordid tale of how Inigo Philbrick, a mere pup in the art world, scammed more experienced wheelers and dealers out of about $75M.

EXTRATV: Katy Perry, 35, wants her first baby to be a girl — so she announced it on International Women's Day during the ICC Women's T20 World Cup 2020 final!

BACK2STONEWALL: Sad anniversary: It's been 25 years since the taping of an episode of The Jenny Jones Show led to the gay murder of Scott Amedure at the hands of his crush, Jonathan Schmitz. Schmitz was imprisoned until August 22, 2017, when he was released.