POLITICO: “The scale of Biden's rout has no comparison.” Biden cleaned up on Super Tuesday, as he always planned to, defying the odds (no Dem nominee has ever lost Iowa and New Hampshire since pre-1970, and a million other truisms). i was surprised to see that, among his nine wins, he took Texas. California went to Bernie, but how Bloomberg snagged third place, I'll never know. P.S.:

Biden is also winning the working class. To the extent that new voter turnout is higher, it isn’t breaking for Sanders, and youth turnout hasn’t exploded. That’s the revolution Sanders promised. But 18 states have voted and it hasn’t materialized.

COMPLEX: Mike Bloomberg spent $500-$600 million to barely run for POTUS, to fail in a debate, to steal votes from Biden — who he is now endorsing. What a folly. I hope he will put his billions to better use going forward, supporting the Democratic nominee (Biden or Bernie) and fighting disenfranchisement at the polls, supporting gun control and other good works.

Or will he launch a new TV show called Bloomie Justice?

NBC NEWS: Warren's about to drop out — but will she endorse Bernie?

TRUE CRIME DAILY: When someone 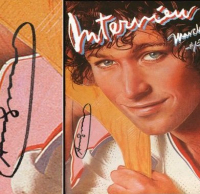 on your flight attempts to open the plane door in mid-air, I would say “unruly” is an understatement.

GR8ERDAYS: I didn't know this jock had a fling with Farrah Fawcett, but the podcast linked was pretty juicy, even for 35-year-old gossip.

INSTAGRAM: Star birthdays include the late John Garfield, who looks to have been in tip-top shape here:

NYT: An entire family who lives next door to a Westchester man who tested positive for the coronavirus — and who had no known contact with anyone or in any areas known to currently be risky — have all tested positive. All were in close contact in confined spaces with the man, including driving him to a hospital. Most of the family is quarantined at home, but the patriarch is hospitalized due to an underlying respiratory ailment.

TWITTER: Director of The Batman reveals a peek at the new Batmobile: