ABOVE: Are you bored, he asks.

BELOW: Keep reading for why Kirstie Alley's always sucked, the new COVID-19 relief package, the death of a Top Chef Masters cook and more ... 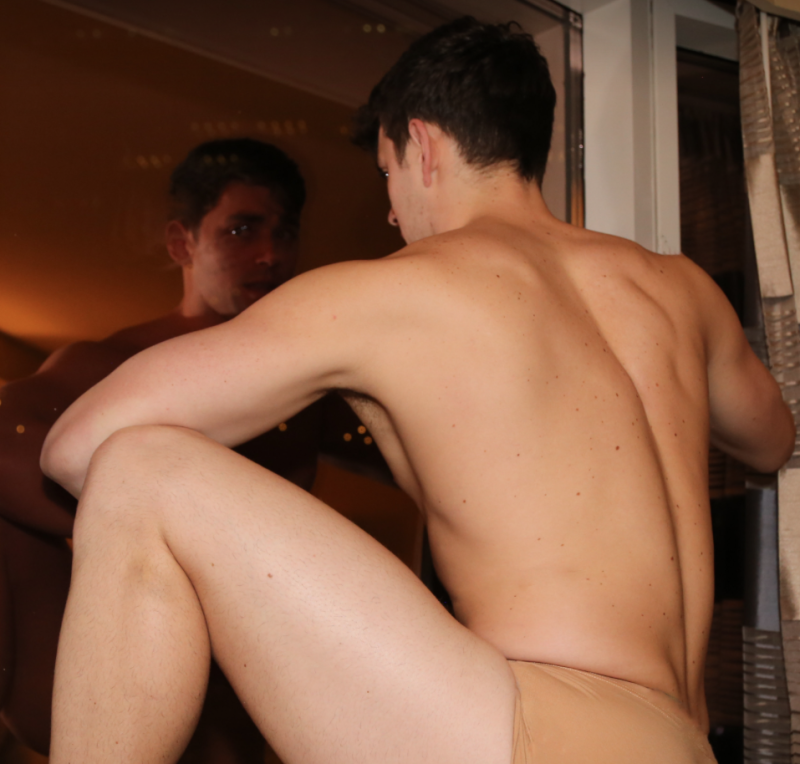 ONLYFANS: Keep my OnlyFans in mind — I shot some good stuff, and am sharing it now that I have time. This guy, the rest of the pic is worth the $9.99 alone. Just saying!

BOSGUY: Temptation is a part of life ...

HUFF POST: The House and Senate have agreed to history's biggest bail-out — by far! — to aid with coronavirus chaos, a $2 trillion-dollar deal that represents 9% of the U.S. GNP, and that will aids small businesses, hospitals and individuals. Trump's holdings have been excluded, as has any relief to the families of other senior government officials.

On the $500 billion loan program for struggling businesses: “Democrats also secured a provision that will block Trump family businesses — or those of other senior government officials — from receiving loan money under the programs, Mr. Schumer said.” https://t.co/Kjvm82wNQ0

The Dems held out for more relief for hospitals and health care workers, expanded unemployment benefits (four vs. three months) and more. Minority Leader Sen. Chuck Schumer branded it a “great plan” that is “unemployment insurance on steroids.” Meghan McCain tried it, but Schumer put her in her place.

Is it me, or does it not feel like odious Steve Mnuchin had more to do with this than McConnell or Trump, or both combined?!

NYT: Manu Dibango, whose “Soul Makossa” was a 1972 hit that some say marked the start of the disco era, died of COVID-19. So did Aurlus Mabele, king of soukous music. And Top Chef Masters Floyd Cardoz just died of it at 59 in New Jersey.

There are at least 30,811 confirmed cases of coronavirus across the state of New York, Gov. Cuomo said at a news conference. At least 17,858 of those cases are in New York City. https://t.co/WNhWV7AvwX pic.twitter.com/tMVlAONJcf

NYP: Bernie is in the race until at least April 28. He apparently wants to draw out voters in New York, the epicenter of the COVID-19 pandemic. Thanks, bro.

POLITICO: 57% say the fight against COVID-19 is going badly. Look at that, not polls praising Trump; in times of crisis, moronic Americans get all patriotic and circle the wagons (W had 90% approval after 9/11, making him as popular as My Pet Goat for a spell), so Trump getting in the 50s or 60% approval is not shit-your-pants information.

NYT: A woman writes of her nightmare experience so far in helping her otherwise fairly healthy 56-year-old husband struggle through a bad bout with COVID-19. (This story mentions that if you get it, you should separate yourself from other people and animals in your house, my main fear — if I happen to get sick, and if it is bad, how will my dogs be cared for and walked?)

TWITTER: Do NOT get this woman's Polish, South Side dander up:

NYDN: Why are people surprised Kirstie Alley is an asshole? She's a SCIENTOLOGIST, guys. She also blocks anyone who even politely disagrees with her. When Haiti was devastated by its massive 'quake, she bragged about Scientology docs rushing to help. I pointed out it was a heartless recruitment gimmick. BLOCKED. She's not just a has-been, she wasn't that great to begin with. Seriously hope she disappears into the galaxy, or flies back into a volcano, or whatever those kooks believe. I'm sure she was nicer on cocaine.

P.S. Kirstie is old enough that she was a contestant on Match Game 40+ years ago. She was easily — EASILY — the show's most asinine contestant ever. Clearly, she was an actress who was a bit of a plant, but still, she was so smug. Here: