BELOW: Keep reading for tennis totty, Trump's hard-on for Whitmer, Florida's beggin' for it, the COVID-19 deaths of two musicians and more ... 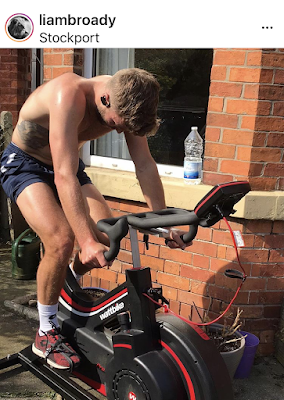 This isn't how I am staying in. (Image via Instagram)

KENNETH IN THE (212): Somehow, tennis pros continue to find ways to be productive and sexy, even in confinement. 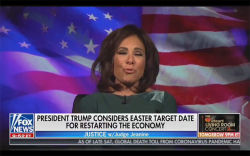 DLISTED: Jeanine Pirro has been forced to address rumors she was drunk as a skunk on live TV.

POLITICO: Trump suggested face masks are being stolen in NYC, which clearly indicates he is stealing them somewhere.

Concerns about a dwindling supply of PPE are not new. Back on February 7, the World Health Organizationsounded alarm bells about "the limited stock of PPE," noting demand was 100 times higher than normal for this equipment.
Yet the same day as the WHO warning, the Trump administration announced that it was transporting to China nearly 17.8 tons (more than 35,000 pounds) of "masks, gowns, gauze, respirators, and other vital materials." As Secretary of State Mike Pompeo noted in the press release announcing this shipment, "These donations are a testament to the generosity of the American people."

HUFF POST: It's not hard to figure out why Trump is savaging Michigan's governor and praising Florida's amid the COVID-19 crisis, even though the former is acting responsibly and the latter is doing a worse job than the druggy party monster would have done. De Santis is worried about foreigners in Florida, but won't close the goddamn beaches!

AP: Brazen thieves made off with a Van Gogh in an overnight raid on a museum closed due to COVID-19. Ironically, today is the 167th anniversary of the artist's birth.

BOSGUY: A list of movies coming to popular streaming services this month.

Schramm crammin' it in as Biggins (GIF via GIPHY)

GR8ERDAYS: Gifted stage actor David Schramm, who became famous for playing blowhard Roy Biggins on every episode of Wings in the '90s, died in NYC at 73.

EXTRATV: As a star-obsessed kid, I used to worry about a day when an earthquake broke California off into the sea, fantasizing about a period of time when TV would be filled with tributes to countless stars who had been lost in the tragedy. So far, the famous names felled by COVID-19 haven't matched that nightmare vision, but it's getting depressing reporting on people who've died of it — worldwide, as of this moment, nearly 750,000 have been confirmed to have the disease, 157,098 have recovered, 35,347 have died — among them, country star Joe Diffie. 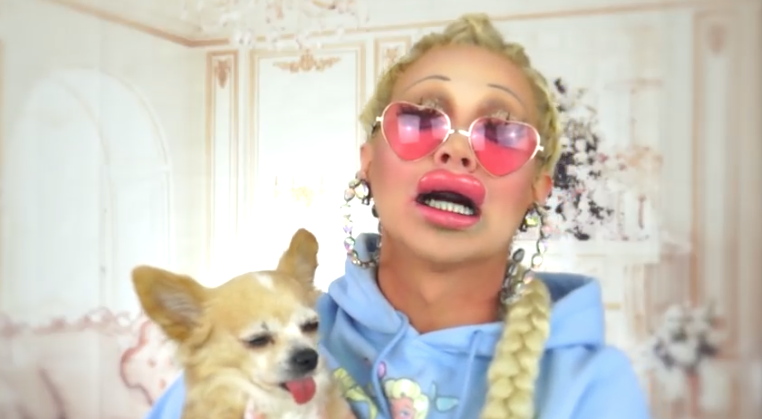