BELOW: Keep reading for a DNA lottery winner, sobering COVID-19 predictions, a heartwarming blast from the past, the death of a soap star and more ... 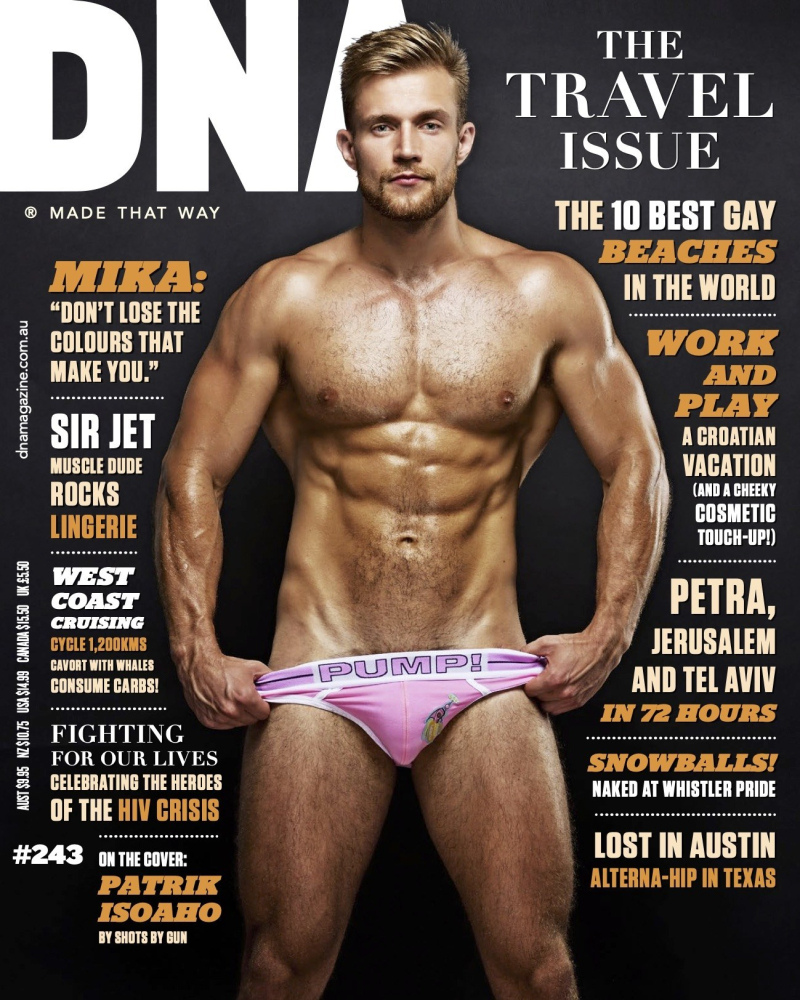 Patrik Isoaho by Shots by Gun for DNA

DNA: The new DNA has one helluva cover man.

No, really, it does! Get yours here.

JOE.MY.GOD.: A New Jersey man threw a 50-person COVID-19 party. It was broken up by the cops. Yet ... how is what Susanne Bartsch did any different?

EXTRATV: RIP longtime All My Children actor John Callahan, who died Saturday at 66 after having a massive stroke the day before.

HUFF POST: Facebook is totally fine with articles that suggest deliberate coronavirus infection, but Twitter is not totally fine with Giuliani (or Charlie Kirk) claiming that hydroxychloroquine is 100% effective in treating COVID-19.

NYT: James Schwab, an ICE spokesman, has resigned, saying he simply could not lie for Trump anymore.

CNN: Yes, we do have to look at the facts — Trump's incompetence is going to make the U.S. the country with the worst record on addressing COVID-19:

#FareedsTake: “At some point we Americans must look at the facts and recognize an uncomfortable reality. The United States is on track to to have the worst outbreak of coronavirus among wealthy countries, largely because of the ineffectiveness of its government.” pic.twitter.com/AcXZoz8vx2

And now, Fauci is expressing the very real possibility that the U.S. will wind up with millions of cases — and 100,000-200,000 deaths. Even propagandist witch Birx is saying every metro area in the U.S. will get an NYC-style hit of COVID-19.

POLLSTAR: Pollstar has released a chart ranking female concert draws from 2000-2020, listing GROSS, TICKETS SOLD and NUMBER OF SHOWS. No surprised, Madonna reigns supreme — by a lot — with highest gross and most tickets sold (very close to 10 million!). Only three women broke the billion-dollar mark (Madonna, Céline Dion and Beyoncé), only one woman sold fewer than a million tickets but still made the list (Barbra Streisand, all the way up at #12) and Streisand and the Spice Girls performed the smallest number of shows and still made the list (69 and 58, respectively):

KENNETH IN THE (212): You can check out his big body in a tiny Speedo, then decide if you prefer hairless or hair-ful.

OMG.BLOG! (WORK UNFRIENDLY): A blast from the past helps in these COVID-19 times:

GR8ERDAYS: Another blast from the past sings a poignant cover in these trying times:

And here is Loren as part of an epic opening to the '60s show Shindig! — where else do you get Loren, Tina Turner, the Righteous Brothers and Neil Sedaka singing one after another?!