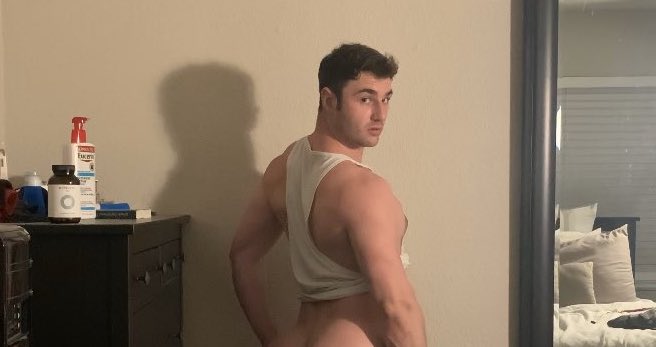 Note: The pic is taken at home. #StayTheFHome! (Image via Twitter)

MSNBC: I said the same thing Zerlina Maxwell is saying here — it was a huge, unforced error on Bernie Sanders's part to not unequivocally agree with Joe Biden that his running mate would be a woman. Instead, he said he was leaning that way, and “there are progressive women out there.” Ya don't say! Other than that blooper, I felt the debate was serious, sober, solid — some punches were landed — and that Biden won by a mile when he committed to a woman as his running mate and a black woman for the SCOTUS. But Biden also won by demonstrating that 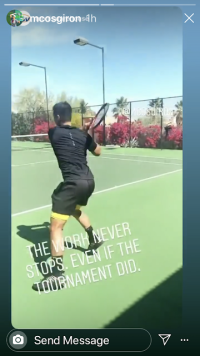 he is sharp as a tack. Both men would be wonderful presidents today over Trump.

KENNETH IN THE (212): An impressive new addition to the tennis booty gallery.

NYDN: Andrew Gillum, saying he had been depressed following narrowly losing the race to be governor of Florida, will enter rehab following an embarrassing episode in which he was found incoherent and drunk in the same hotel room with a gay escort who was on meth.

CNN: New York, New Jersey and Connecticut are shutting down clubs, casinos, gyms and movie theaters, and banning all gatherings of 50+. I went out today for some supplies and to walk my dogs — lot of people still wandering around. There's a high-end deli at 42nd and 11th that still has a buffet up, and is still offering seating ... and there are people sitting there eating together. Baffling. The COVID-19 scare is revealing who had good parents and who was, perhaps, resistant to them.

NYP: A Colorado nurse who picked up COVID-19 at a medical conference in Hawaii — and who is not elderly, has no underlying conditions — warns that the virus can be quite debilitating, describing severe body aches, dizziness, inability to breathe normally and fatigue.

TWITTER: A Connecticut mom lays out why #StayTheFHome is important:

an acquaintance, a mom in westport, connecticut, posted this and said I could share it. this is wild. pic.twitter.com/FIJTHduPPT

MSNBC: Former legal analyst Daniel Goldman, a New Yorker, talks about his experience having coronavirus. He had no known contact with someone who had COVID-19, so had a bear of a time getting a test, was sent home to self-quarantine and was told all of his contacts were free to move about normally. He finally heard of a curbside clinic in Greenwich, Connecticut, and drove there at 5 a.m. — which is how he found out he was positive. He also talks about how it wasn't a crippling illness for him, which is good, but he was also in a public hospital for HOURS due to the absolutely scandalous lack of testing. 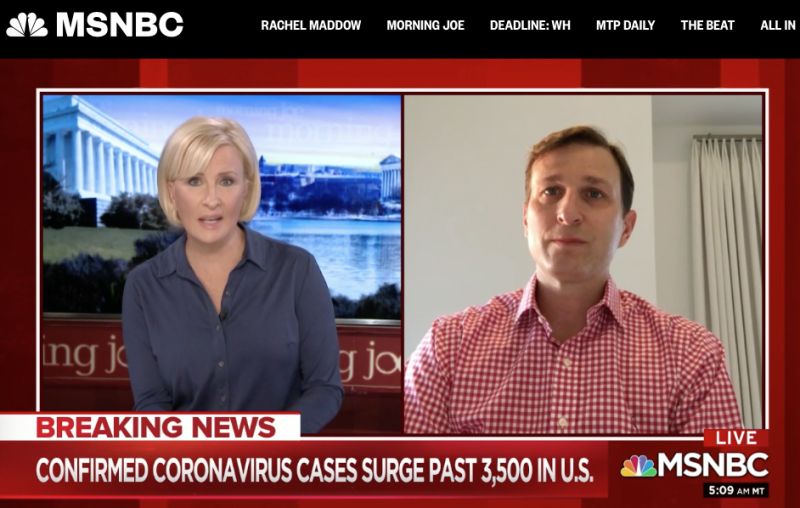 Trump says anyone can be tested — but they can't. (Image via MSNBC)

TRUE CRIME DAILY: Some A-hole joked about having COVID-19 while on a flight, which delayed it by eight hours and which resulted in his arrest, without delay.

JOE.MY.GOD.: Of course, Trump's constant tinkering with the stock market by name-checking CEOs and including big business in his COVID-19 response inappropriately, is not working — the stock market was closed after it plummeted. Again.

INFECTION NEWS: Third hour of Today staffer (who came into contact with Rita Wilson) has COVID-19. Former Bond Girl has it. Two staff members of CBS News have tested positive. Congressional staffers are testing positive, raising fears about lawmakers — many of whom are old — could be at risk. Finally, Idris Elba has tested positive for COVID-19 after finding out he'd been exposed to someone with it. He took a test Friday, and received his results today. So far, he is doing fine.