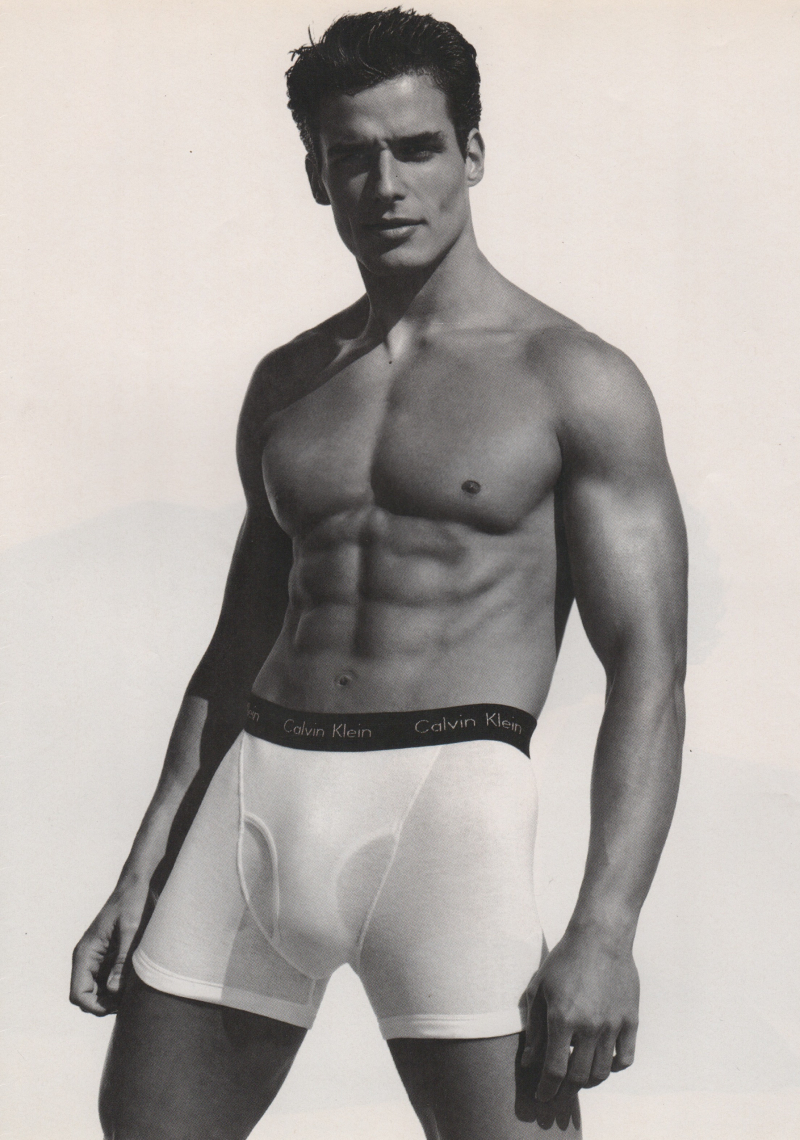 Nothing comes between Sabáto and his Trump. (Image via Calvin Klein ad)

In a Variety feature, Antonio Sabáto Jr. moans that his support of Trump — and unsuccessfully running as a Republican for a House seat — killed his Hollywood career.

I had to sell everything. I had to pay all my debts. I was blacklisted. All my representatives left me, from agents to managers to commercial agents. I literally had to move, find a new job to survive and take care of my kids. It’s been terrible. It’s mind-blowing. It’s a disgrace. It’s tough, because if you’re in that environment in Hollywood and you have something to say that they don’t like, they’re going to let you know.

Having to pay all his debts is due to Trump? Sounds more like a guy with a lot of big paychecks in the past screwed up his own finances, got older (so far, he could be me) and is now whining that liberal bias is destroying his comfort.

In order to survive, the former CK model and actor (of sorts) now lives in Florida and works a construction job, though I'd like to learn more about just how manual the labor is.

My take is that he brought this on himself by resorting to supporting not a conservative or a Republican but a rabid racist, a fascist. It isn't the fault of his fans if they can't see him in the same light. I personally own a slew of old Antonio tear sheets, his book, his autograph (I met him at The Hollywood Show — very charming in person, as many lunatics are), and as I looked at them while I begin downsizing, I have to admit that as beautiful as the imagery was to me, I take no pleasure in gazing upon it or in knowing that I own it. It won't be hard to let it go.

The elephant in the room, of course, is a two-fold issue Sabáto would have had to deal with anyway: His poor acting, which had already decreased his roles, and his reliance on being a hot piece. Because while he is still impossibly handsome, the public gets tired of the same hotness with so many guys young enough to be his sons are around. Without talent or a compelling persona, he is yesterday's news.

And Florida can have him.

As for whether he regrets supporting Trump so publicly, not a chance.

The country is doing fantastic. I think he’ll be [re-]elected by 100 million votes.