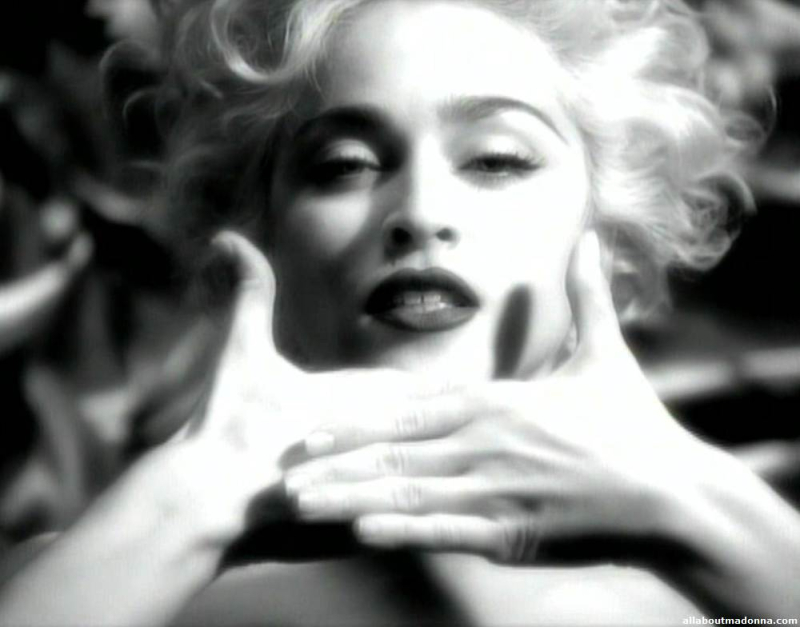 It remains a huge part of her legacy, and — increasingly, over time — reflects a shining portion of a greater American-music and queer legacy as well.

One thing I love about Madonna is her references. Some, with little imagination, call them rip-offs and try to argue that she's stolen, as if every artist is not beholden to their inspirations. No artist has been more forthcoming about showing her work; it's part of her connection to her fans, sharing with us her interests via this common pop cultural language — or introducing them to us in cases where they are news to us.

Never does she come off as wanting to pass something off as new that is old; rather, she wants us to see what new spin she had given something classic. That's one definition of art.

“Vogue” is a perfect example of her approach: Madonna talked about the queer scene from which “Vogue” was born in every interview about the song back in 1990, when it would have been easier to avoid turning people off with the gay. (Hard as it is to remember, it was not always a wise career move to align oneself so publicly and explicitly with anything queer.)

And in the song itself, she lists 16 Golden Age of Hollywood figures who inspired her and who, let's not forget, inspired the queer voguers of the '60s, '70s and '80s to begin with. 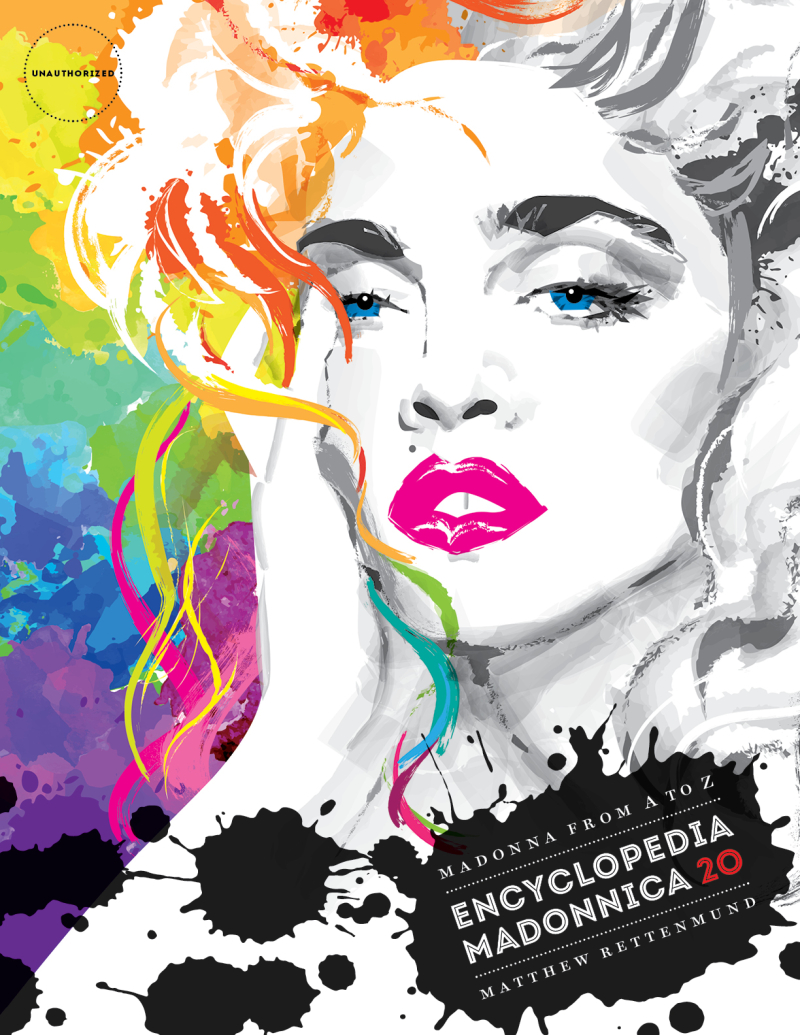 From my book Encyclopedia Madonnica 20 (which is available here), here are my entries on “Vogue” and its equally flawless video. Enjoy ... 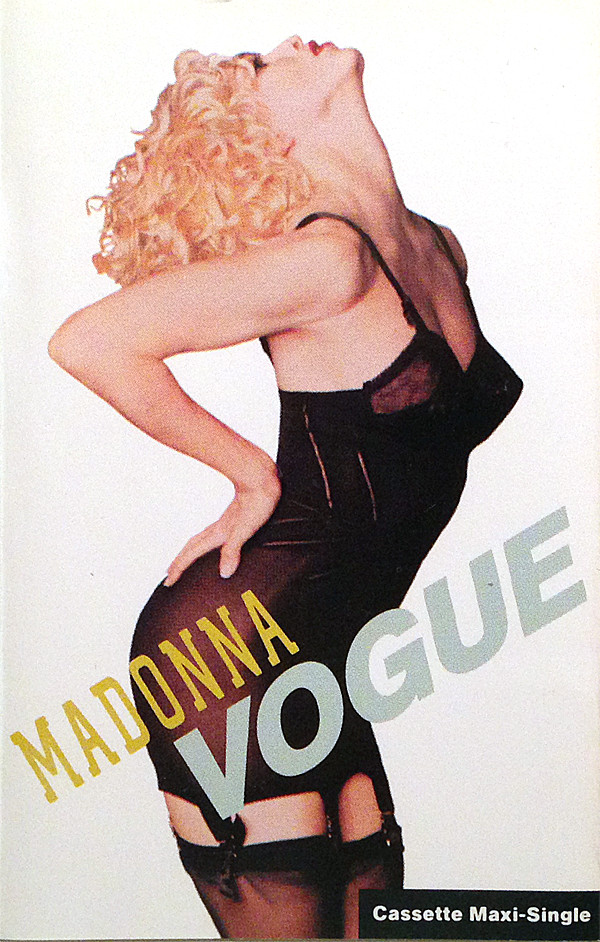 A recycled “Express Yourself” video image did the trick! (Image via Sire)

“Vogue” (song): It's only fitting that Madonna would popular­ize a dance craze, and “Vogue” became Madonna's most popular song and biggest-selling number 1 single. Originally, this Shep Pettibone-Ciccone collaboration was written and recorded as a killer B-side for the final release off Like a Prayer, “Keep It Together” — to help ensure that the single wouldn’t sag on the charts as its predecessor, “Oh Father,” had. When Sire execs heard the tune, however, they pushed to release it as a single, and “Keep It Together” was left to perform on its own merits, going Top 10.

“Vogue” came a year after Malcolm McLaren's “Deep in Vogue” dance single and decades after gay black men held the first vogueing “balls” in Harlem. The song describes a dance that co-opts the attitude of models and movie stars and suggests modern dance done to a disco beat.

To vogue is to mimic to a ridiculous degree, snapping your body into mechanical poses, your face never deviating from a sternly haughty stare. Though most vogueing is a glamorous event and voguers often don chic clubwear, some vogueing is actually concerned with mimicking everyday “types,” like corporate CEOs and high-school kids.

Madonna's lyrics baptize the dance floor as a place where no boundaries exist, where rebirth is possible, where a new life based on gesticulation can replace motionless and emotionless reality, and where anyone can become, if only for the duration of a song — or of one’s stamina — a “superstar.” Because of this and because it is so concerned with appearances, vogueing holds special appeal to its gay black and Latino pioneers, who know from experience that how you look sometimes defines who you are perceived to be.

Madonna's read on vogueing is as an homage to the Golden Age of Hollywood, stressing our — and her — affection for movie icons as she encourages us to strike the unforgettable poses they struck. It's an irresistible dance song that went multi-platinum, introducing vogueing to the mainstream and helping (along with Jennie Livingston’s film Paris Is Burning) to make stars of its most prominent Harlem practitioners, especially King Voguer Willi Ninja.

“Vogue” (video): Madonna’s most popular video, a glamorous workout shot in black-and-white that presents her pos­ing convincingly as the celebrities she sings about (plus an extend­ed Mae West impersonation), and, most effectively, as herself.

The video is directed by David Fincher, and contains Madonna’s most vigorous video dancing since “Lucky Star.” She cuts a rug amid mirrors, feathers and her beautiful gay dancers, who are photographed as reverently as if they were stars in their own right, all of whom joined Madonna on her Blond Ambition Tour.

Madonna herself has never looked more gorgeous, nor has her form been better utilized. It’s exhilarating to see her vogueing in Marlene Dietrich drag, forcing icon Dietrich into the dawn of the '90s, and her re-creation of legendary portraitist Horst P. Horst's famous photograph of a woman in a corset is explosive, her sensual wig­gling revitalizing a static image and adding new mystery to it.

“You can't fault her for taste. But the video should have been called 'Homage to Horst.' We just wish we could have worked something out beforehand — like doing an original photograph of her in the nude.” — Richard Tardiff, Horst's manager; alas, Horst died at 93 in 1999, never having raised his camera to Madonna 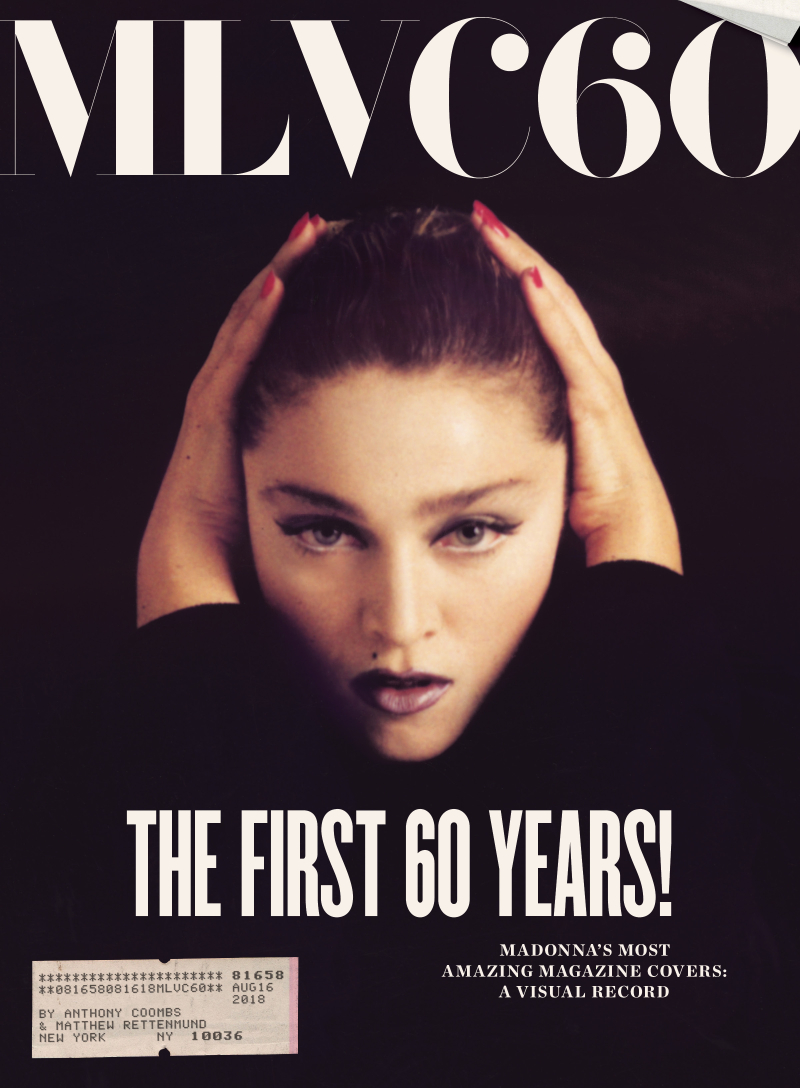 Coombs's design of Madonna on the cover of a (thousand) magazine(s) is striking. (Image via Boy Culture, LLC)

P.S. If you're into Madonna, you may like my other book available here.