Sherry Pie Admits To & Apologizes For Catfishing, Is Told By RuPaul To Sashay Away Comments (0) 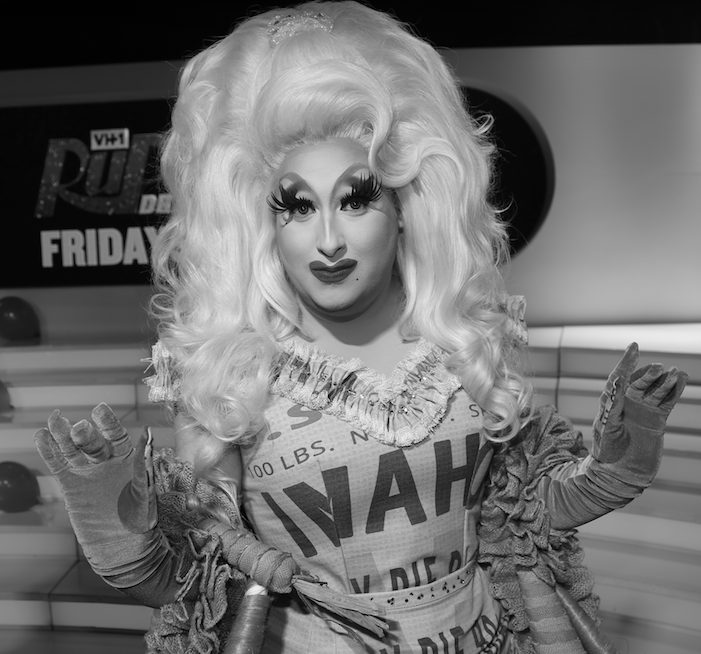 Sherry, come out with your gloves up. (Image by Matthew Rettenmund)

Drag queen Sherry Pie (real name: Joey Gugliemelli) was the subject of a BuzzFeed News exposé by David Mack, in which she was accused by five men of catfishing them.

Now, she has been disqualified from Season 12 of RuPaul's Drag Race, meaning the show will go on as planned (it's already taped), but the finale will not include her.

Boy, was I right when I predicted she'd be this season's villain.

As Mack reported, five young men reported that Gugliemelli — using a pseudonym — posed as a casting director, enticing them to film what now sound like fetishy videos under the guise of auditioning for nonexistent roles in nonexistent projects.

The story was kicked off when actor Ben Shimkus posted about being catfished in a viral Facebook post. It's actually hard to read because Shimkus goes out of his way to give Gugliemelli well-deserved compliments on her talents, in a way that is mournful considering he is also recounting how Gugliemelli used their friendship to later trick him into filming embarrassing videos that were clearly for sexual gratification. His account is sober, damning and fair.

Rather than obfuscating, Gugliemelli acknowledged her actions and apologized, probably in large part to how convincing Shimkus's account is:

Even though she's apologized, it's hard to imagine how Sherry Pie will ever be hired again.

Comments on her apology are caustic, and even fellow NYC drag queens have been rejecting it — including fellow NYC queen Aquaria, which hints are more layers to an already sordid story:

An apology should not include lies, to say the least. @sherrypienyc you are walking on very thin ice. Choose your words wisely because my community is not the one to fuck with.