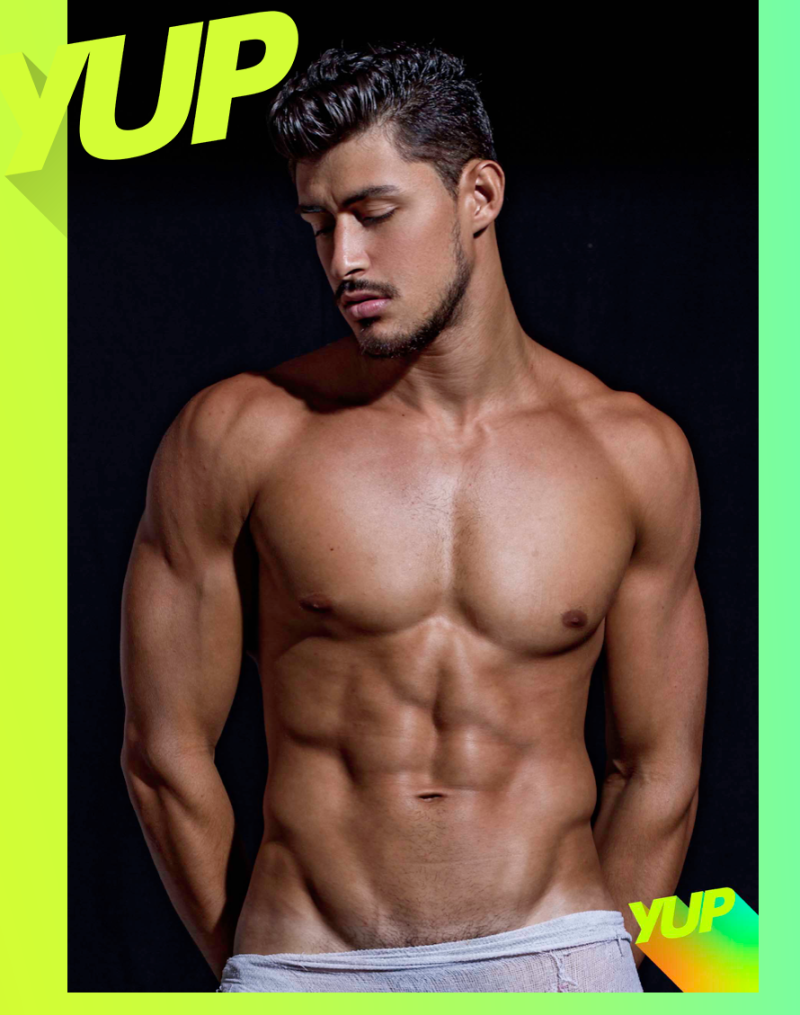 YUP: Yup, Robson Menezes is a snack, and since we have nothing better to do than snack all day, snacks are meals. 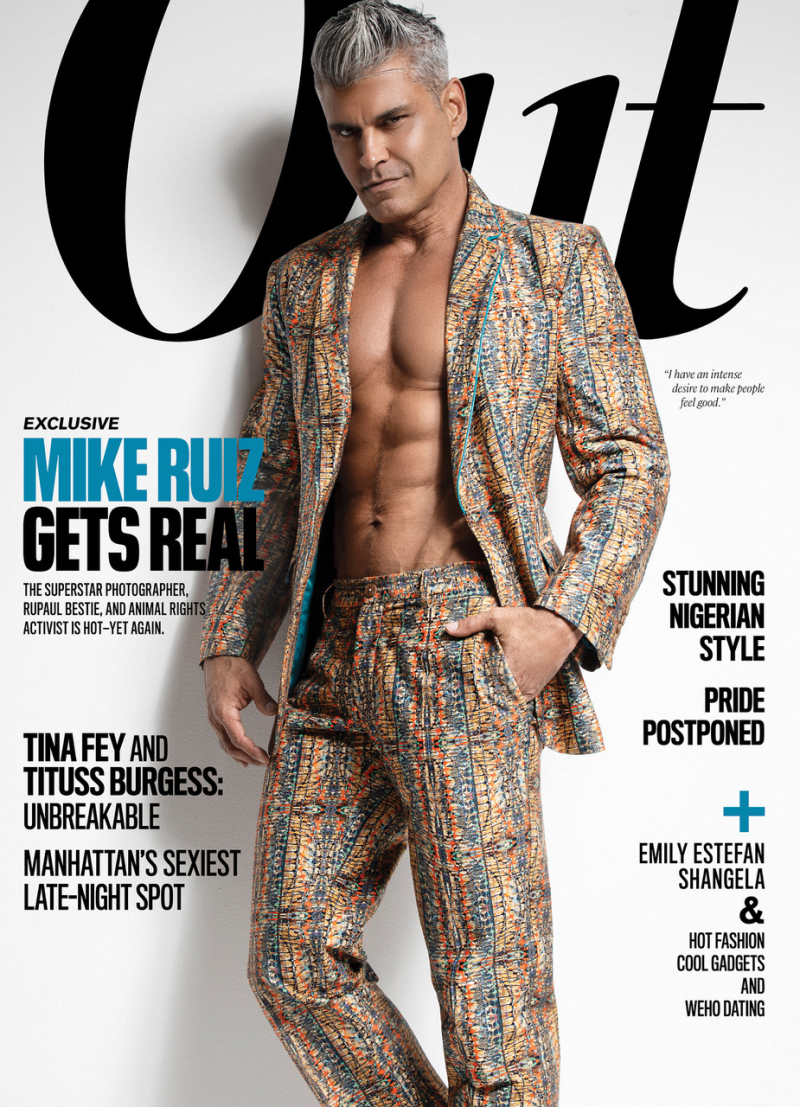 Sharp-dressed man (Rick Day for Out)

OUT: Photographer and reality TV star Mike Ruiz is the new Out cover guy. On his dream assignment:

My dream assignment has changed over the years. Ten years ago, I would have said that I’d love to shoot Gaga or Madonna. Lately, I get the most satisfaction using my skills and visibility to help our LGBTQ youth and animals in need. If there was something that I could shoot that would have some kind of major positive social impact, that would be a career highlight for sure. 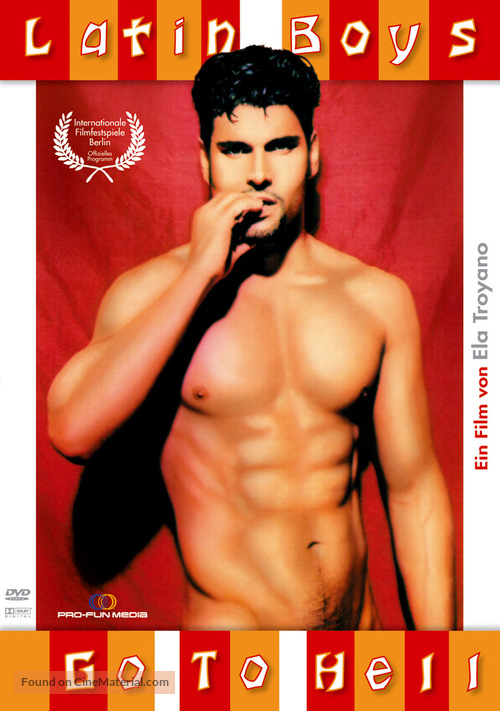 HUFF POST: Dr. Fauci told Laura Ingraham she was wrong to compare HIV/AIDS and SARS to COVID-19, corrects her when she suggests COVID-19 could just go away. 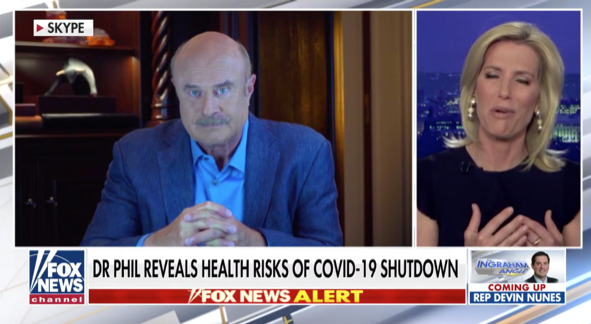 Open your eyes —  Dr. Kill is not a trustworthy source of news. (Image via screen grab)

WAPO: Dr. Phil, a complete quack and a guillotine-teaser if ever there were one (thanks, Oprah!) said the country should not shut down over COVID-19 because hell's bells, we have a lot of swimming pool drownings and don't shut down over those!

It's not reasonable to compare a virus to swimming-pool deaths. I can't call in sick three weeks in a row because I caught a drowning, and my death in a swimming pool isn't likely to spread among 100s of people who came into contact with me shortly before I went under.

Dr. Phil and Dr. Oz — neither of whom know shit about epidemiology — are charlatans and propagandists, which is why they run to Fox News every chance they get. When Biden wins, I hope he will work on gutting intentionally fake news like Fox News.

Oprah gave us decades of greedy ghouls Dr. Oz and Dr. Phil. Rosie gave us check-ins with Virginia Graham and Kaye Ballard — I would say the latter wins.

DAILYKOS: Even red states trust their governors over Trump in handling COVID-19. 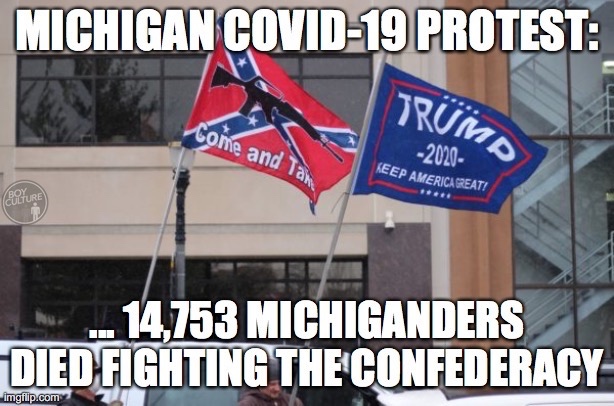 TALKING POINTS MEMO: Michigan's Democratic Gov. Gretchen Whitmer is taking a beating from the white folks there who are angry about having to miss out on hunting and boating, but she sums it up best:

It’s better to be six feet apart right now than six feet under.

Perhaps that's not true if you're a dude carrying a flag with a snake on it. (Or better yet, a Confederate flag, a smack in the face to the 14,753 Michiganders slain in the Civil War — fighting for the Union!)

DLISTED: Queen Latifah has revealed her type ... of woman!

CBS NEWS: Maluma talks about being the only Spanish singer on the upcoming One World: Together at Home special, which features 70 entertainers. 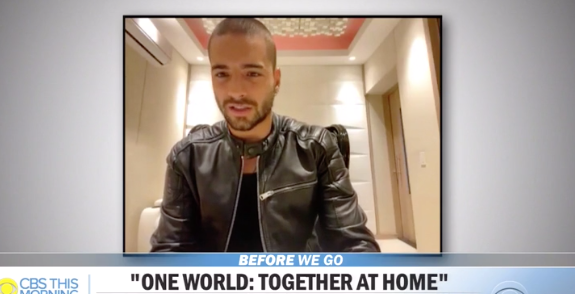 I would quarantine with him. (Image via video still)