BELOW: Keep reading for a sizzlin' selfie, a sexy face mask, naked male stars in a spa, hope for gay Poland, a devastating COVID-19 loss in Texas and more ... 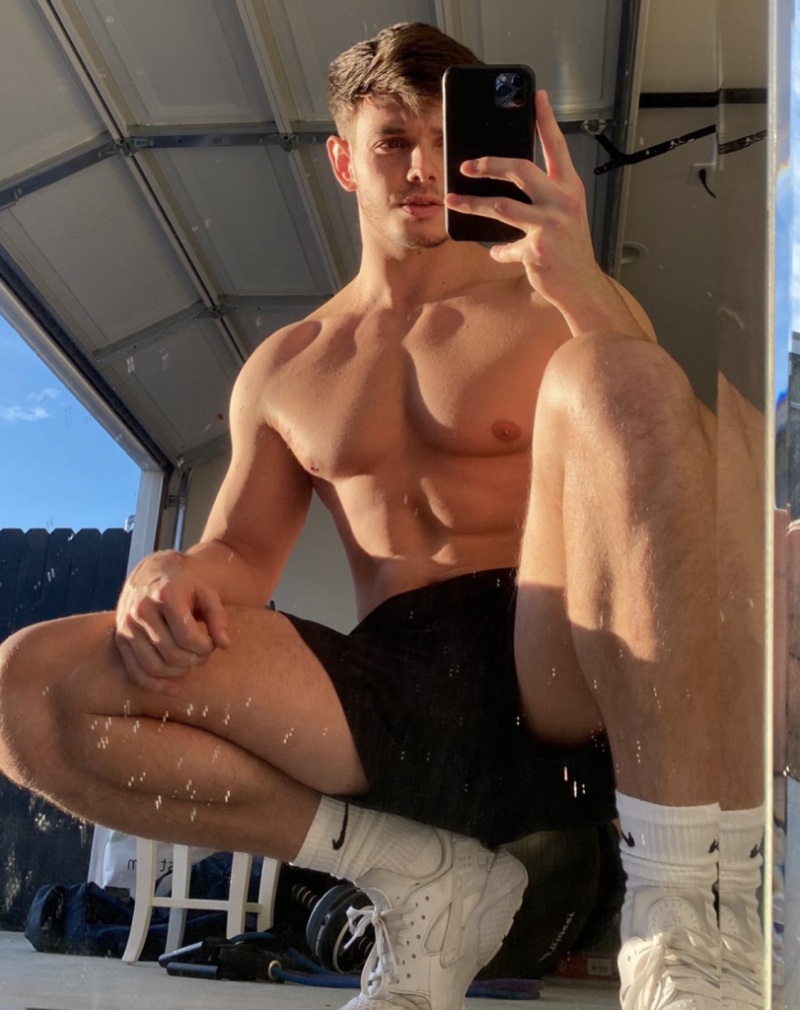 Squat me, bro? (Image via selfie)

GAY FLESHBOT (WORK UNFRIENDLY): All of him. All of it. 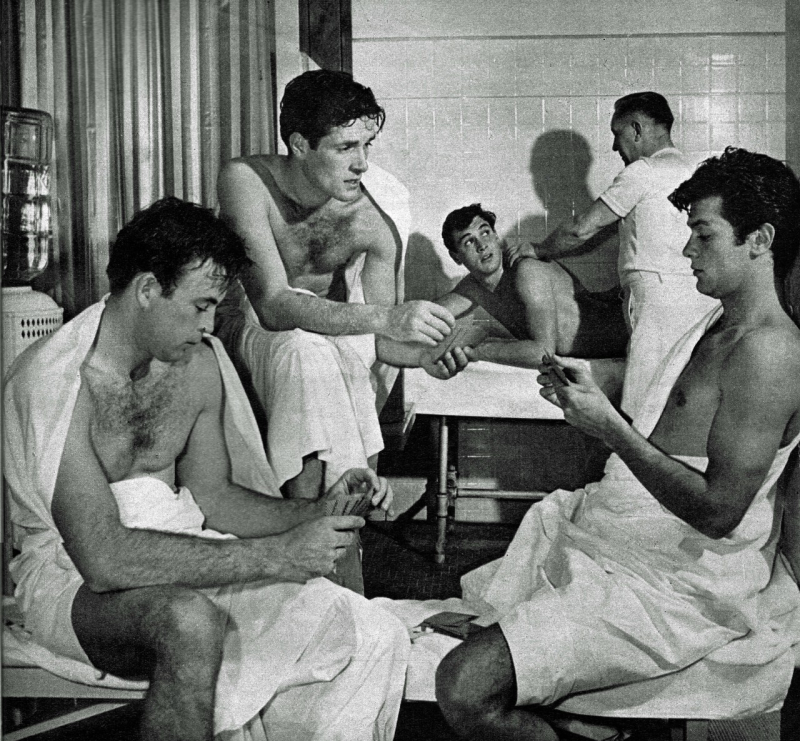 Hugh O'Brien is second from left. More of this scene, with IDs, here. (Image via movie mag)

EXTRATV: Lady Gaga (and some others) raised $127.9 million for COVID-19 relief, with the funds going to WHO's efforts. Many stars performed, including Lady Gaga (twice). What did you think of the show, if you watched?

BOSGUY: Some quarantine reading suggestions from ... Reach Around Books. Yes, they're funny. 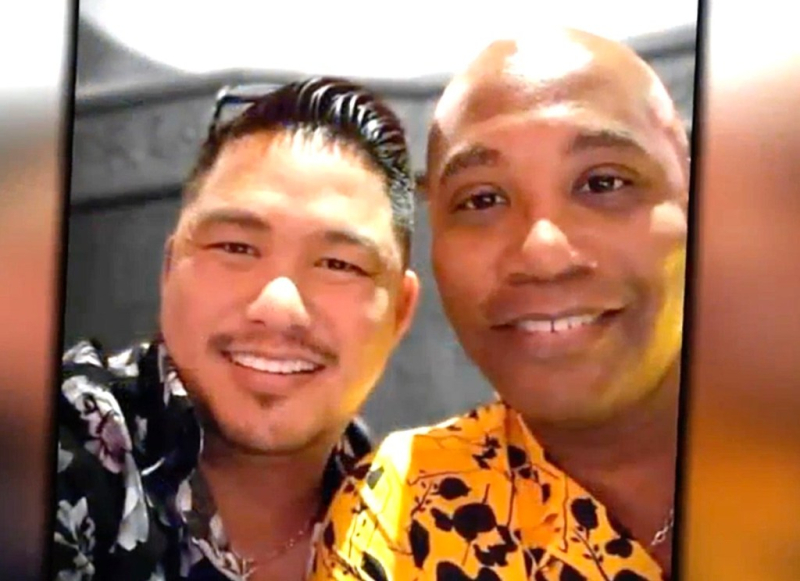 TOWLEROAD: Holy SHIT, this is sad. A married gay couple — Live Oak, Texas, City Councilman Anthony Brooks and Phillip Tsai-Brooks — both died of COVID-19 complications this week. They died one right after the other, and now Phillip's mom, who had lived with them, is positive for the virus and living alone. She was told of their deaths from a distance, crying in the doorway.

A heartbreaking message from the city's mayor announcing their deaths fails to note they were married.

THE FILM EXPERIENCE: Check out this 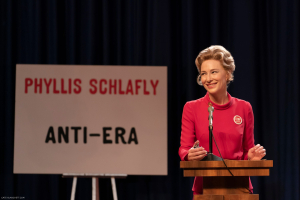 podcast recap of Mrs. America, the Hulu drama miniseries about the ERA that is, perhaps unfairly, being pitched as the Phyllis Schlafly (Cate Blanchett) story. I've enjoyed the first three episodes, especially the performances, though it feels a bit Ryan Murphy-ized in how it appears to be glossing over some things and underscoring others. I don't believe Schlafly was nearly as palatable as Blanchett is making her out to be — and the number of times she's hit on for being a hot piece is grating. I hope Gary Hart isn't watching, but I wish Shirley Chisholm could be.

YOUTUBE: Gay couple Jakub and Dawid, who are well-known in Poland, took homophobes head-on by handing out rainbow masks during the COVID-19 pandemic. Watch (hit subtitles for English):

RELATED: If you're into gay masks, howzabout: 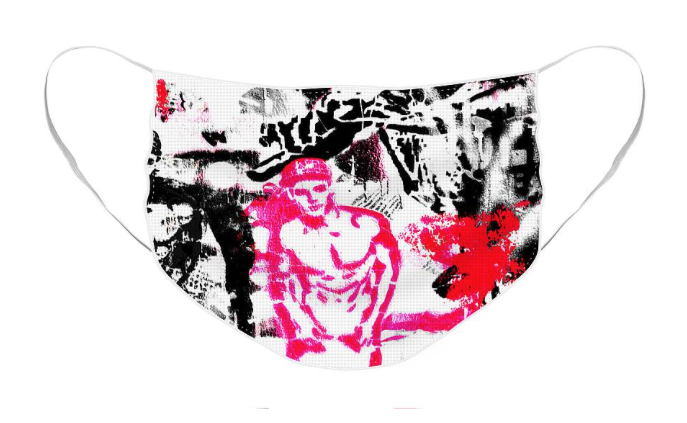 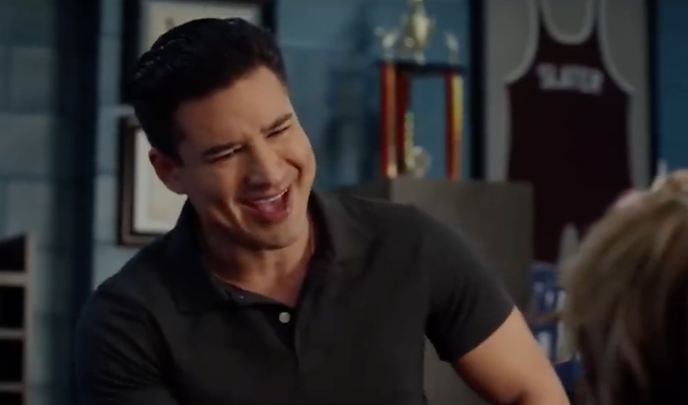 I no longer care whether A.C. is D.C. (Image via video still)

OMG.BLOG! (WORK UNFRIENDLY): There's a Saved by the Bell reboot coming, and is it just me or has Mario Lopez finally kinda-sorta lost it?

US WEEKLY: Forget for a moment that people say Ellen DeGeneres is not ultra-nice in real life, and read what YouTube ... star? ... Nikki Tutorials is complaining about. She's pissed because even though Ellen DeGeneres put her on her show, flew her to the U.S. with accommodations and let her tell her story, she was not greeted with “confetti” and did not have a private bathroom. Are you fucking kidding me? 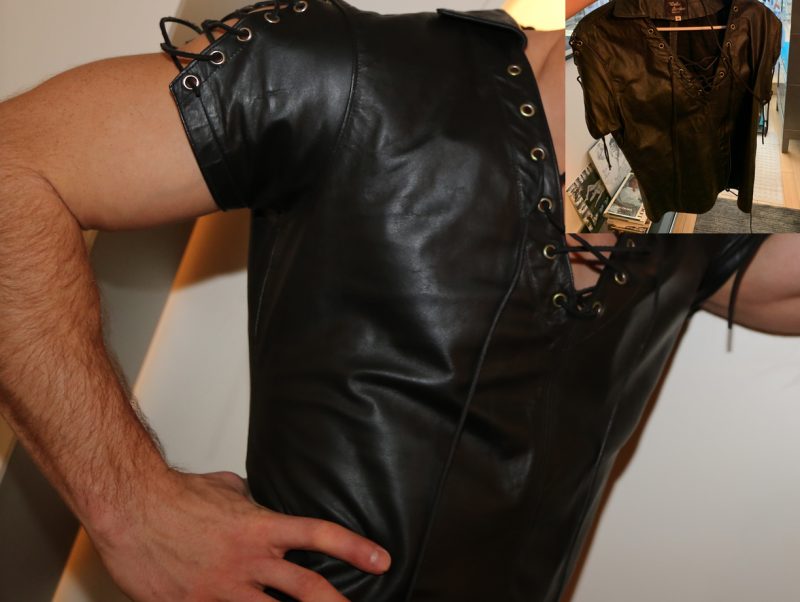 The shirt offa his back! (Image by Matthew Rettenmund)

EBAY: Are ya into leather?!

PEOPLE: Looks like Lori Loughlin has a shot at getting her case tossed out. I'd still rather be Felicity Huffman, considering Loughlin is pretending she did zero wrong, yet took photos like this: 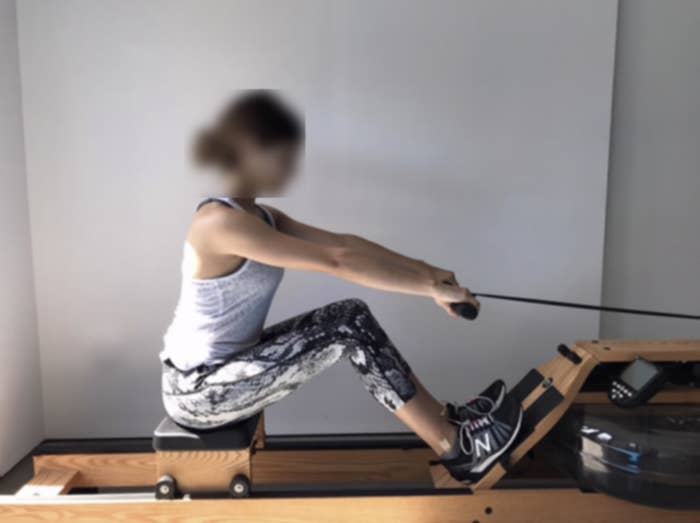