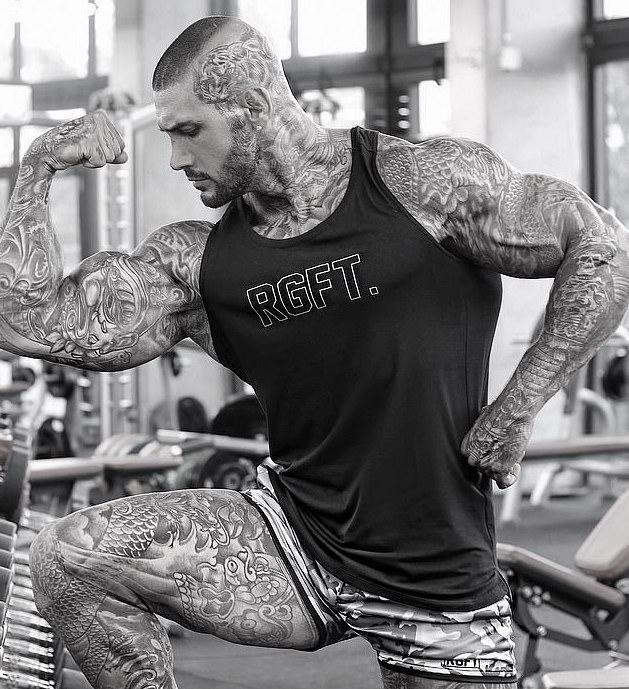 OMG.BLOG! (WORK UNFRIENDLY): I know, I know — a lot of you hate tattoos. But, I mean, isn't there something intriguing about seeing this ink blot fully nude? 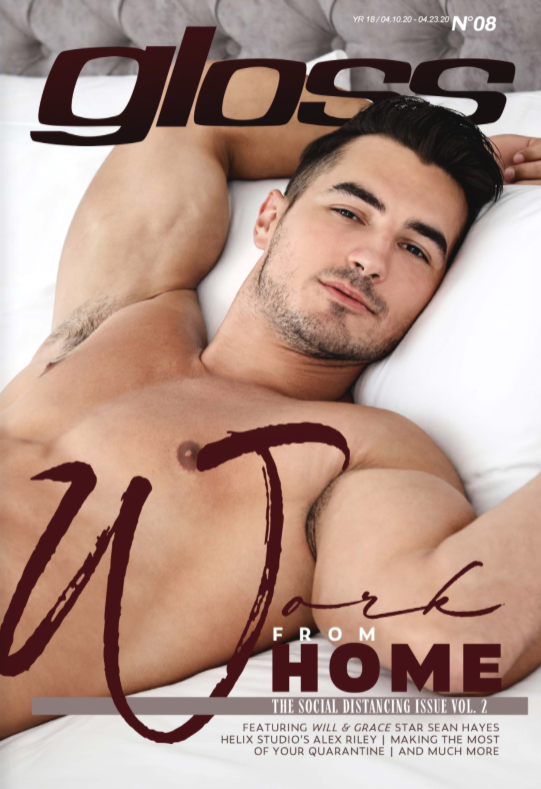 We've been social distancing long enough for magazines to have cover stories on it. (Image via Gloss)

KENNETH IN THE (212): A weekly gathering of gay magazines. 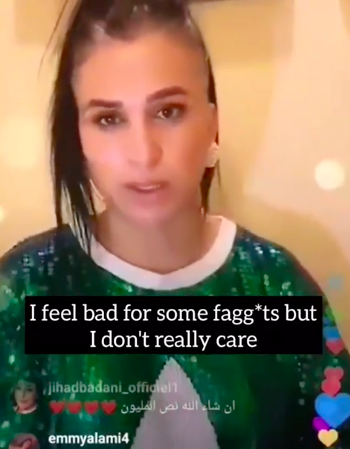 Case in point: Trans influencer Naofal Moussa aka Sofia Talouni of Morocco who — in spite of unfairly being considered a freak by a large percentage of the planet — is paying that forward by attacking gay men. She actually encouraged straight women to download gay apps and out gay men in their areas because any form of same-sex intimacy is illegal in Morocco — and can get you three years in the clink.

Hopefully, she will be the one hunted down and murdered before gay men are. Whatever horrible things have happened to her to make her this evil is not of interest to me. The die has been cast; she has made life unsafe for every gay man in her already-unsafe country. What an absolute black hole of empathy she is, unlike the vast majority of trans people.

INSTAGRAM: The I Will Meet Madonna guy still hasn't met her, but he was met with anti-gay violence in Amsterdam by a 15-year-old kid who, with a group, insulted and then assaulted him and his boyfriend, saying gay people had no place in Amsterdam (okayyyy ...) and deserved to get cancer and die. Now, Fabio and his partner have returned to the scene of the crime.

FANATICS: Madonna has joined the All-In Challenge to help provide food to hose in need, including kids, the elderly and frontline heroes, during the COVID-19 crisis.

“I can pay them however I want to pay them,” Parscale told HuffPost on Friday, but then declined to comment any further.

Critics of the arrangement, including Republicans, said the setup was designed to get around Federal Election Commission rules that require campaigns, political parties and other committees to disclose their spending in detail.

“A lot of people close to Donald Trump are getting rich off of his campaign,” said Paul Ryan, a campaign finance legal expert at the watchdog group Common Cause. “They don’t want donors to know that they’re getting rich. Because, at the end of the day, it’s donor money.”

THE HILL: If shit like this doesn't motivate you to vote for Joe Biden, even as a placeholder, nothing ever will: Economist Stephen Moore, who is on Trump's kangaroo council to re-open the U.S., has repeatedly compared the yokels brandishing Confederate flags and DON'T TREAD ON ME snakewear in Michigan, Minnesota and elsewhere to ... ROSA PARKS.

NYT: Experts say the U.S. must triple testing before re-opening.

This #President is now truly getting out of control. In talking about “liberating” the states, he is using language that could well lead to rioting. No one has done more to undermine our constitution and destroy our country’s values than @realDonaldTrump.

TWITTER: Republican Gov. Ron DeSantis is so fuckin' stupid he has left much of his state wide open to COVID-19, including opening the beaches. And he can't even put on a mask properly:

MUST WATCH: Governor of Florida (and Trump lackey) Ron DeSantis tries to put on his face mask.

But he can’t figure it out.

This is the man Republicans have empowered to make life or death decisions for Florida.

And, so far, he keeps choosing death. pic.twitter.com/6OigGcMNdl

EXTRATV: How sad that the Talking Kitty Cat guy, Steve Cash, took his own life. Just a few months ago, he had come out to fans as bipolar. His videos were hilarious:

SOCIALITE LIFE: All the sexpots of Instagram this week ...