Cuomo To GRIM REAPER McConnell: YOUR STATE IS LIVING ON THE MONEY WE GENERATE Comments (0) 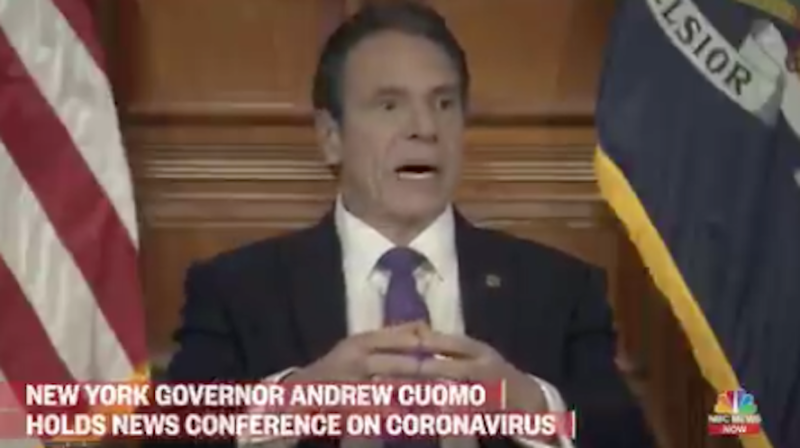 We've got the power! (Image via video still)

NY Governor Andrew Cuomo just put a fork in Senate Majority Leader Mitch McConnell, pointing out that McConnell's red state, Kentucky, is the one living off of richer blue states like New York in response to McConnell calling for an end to “blue state bailouts.”

Sen. McConnell, who's getting bailed out here? It's your state that is living on the money that we generate” pic.twitter.com/177ztAyYXS