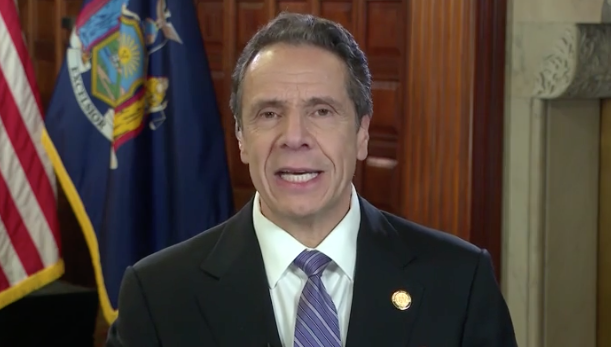 Senate Majority Leader Mitch McConnell, in an interview with Hugh Hewitt, suggested that rather than seeking a federal bailout, blue states should simply declare bankruptcy over the coronavirus pandemic's toll.

Mitch McConnell, they're talking about bringing back the economy and then he says, “States should declare bankruptcy”? How does that help the national economy? ... He then says this is a bail-out to blue states, which was a really offensive statement. What he's saying is the blue states are the states that have the coronavirus problem. Why? Because the coronavirus problem is basically a function of density, and urban areas have more density, and those are cities, and cities are blue, they're Democrats, so why should he bail out the blue areas? I mean — it really is offensive. You talk about one issue where you think you can get past partisanship and pettiness and now you talk about helping communities where people are dying and you say, “They are blue states?” No. The coronavirus attacks Republicans and it attacks Democrats — it doesn't ask someone, “Are you a Republican or are you a Democrat?”

It's insane to single out urban areas, too, because plenty of massive blue areas exist in most red states — and support the red areas, to a large extent.

McConnell's approach reminds me that most Republicans have fought against helping NYC in the wake of 9/11, including funding health care for first responders, because it's our problem — but those same right-wingers do not hesitate to use 9/11 to further their political agendas.

Tell you what, red states — good luck with your tornadoes and hurricanes and earthquakes and poverty.