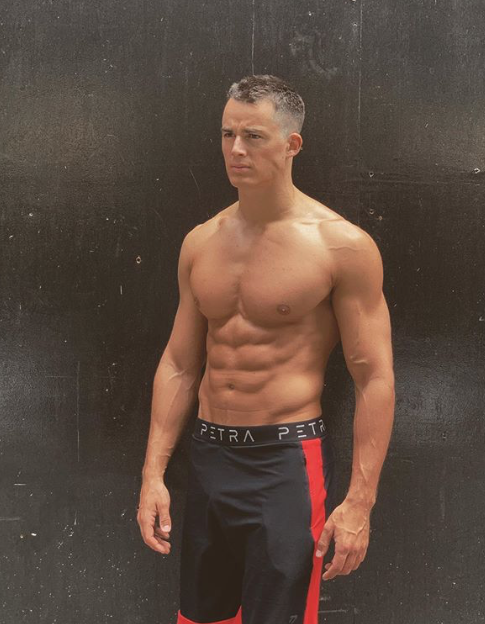 GAY FLESHBOT (WORK UNFRIENDLY): So now we can see how Pietro Boselli will look at 50!

INSTAGRAM: Models are getting more and more risqué on Instagram as COVID-19 closes in, perhaps hoping Instagram's censors are too busying fighting off pneumonia or job loss. Another example. The bulges are getting more obscene, you're almost seeing hole pics. Definitely balls in this. NYT: Liberal justice Jill Karofsky has resoundingly defeated a sitting conservative in Wisconsin's Supreme Court election. With far fewer polling places and the edict that voters had to take their health — or lives — into their hands to vote, they did just that. Blue wave in November. 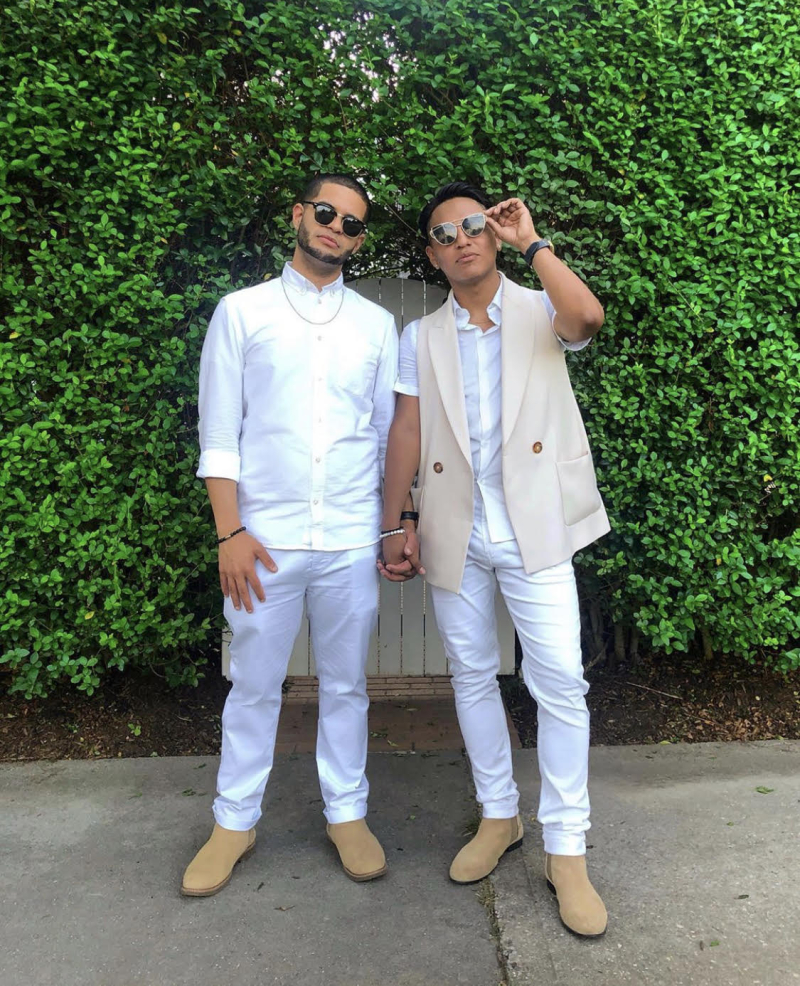 They're close, but 257-miles-apart close. (Image via Snapchat) 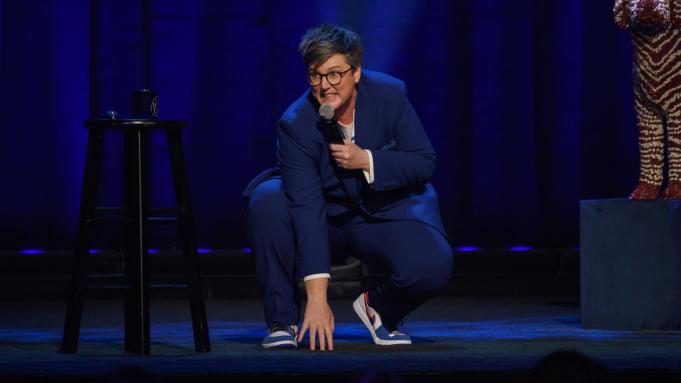 Did you like Nanette? Meet Douglas. (Image via Netflix)

DEADLINE: Hannah Gadsby's Douglas is coming to Netflix ... this month!

HUFF POST: Trump thinks he gets to decide when states reopen, but he doesn't — and the governors of New Jersey, Connecticut, Delaware, New York, Pennsylvania, Rhode Island, California, Oregon and Washington have separate pacts.

TWITTER: Fauci just bent over and took it up the ass for Trump. He's compromised now, sadly:

REPORTER: “But you said there was pushback from the federal government?”

FAUCI: “That was the wrong choice of words.” pic.twitter.com/jbrcI0LVTT

TWITTER: Following an outrageous 30-minute rant, including video propaganda, failing POTUS Trump attacked reporter Paula Reid (CBS) over her fair questions regarding his response to COVID-19 — and she didn't let up:

I don't know this reporter's name. But man, she would not let up even in the face of President Trump's attacks. pic.twitter.com/fUGUwGbEI6

NYP: Evangelical pastor who defied social distancing orders to hold worship services as late as March 22 has died of COVID-19. He had said church was an essential service. 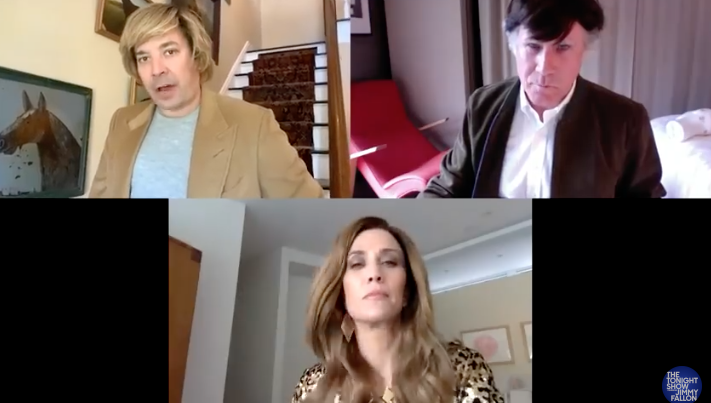 From another mother (Image via Zoom)

METAL INJECTION: Ticketmaster = scum. They've quietly changed their policy on refunds. Now, postponed/rescheduled shows are no longer refundable, only canceled shows. Outrageous! I have a pricy meet-and-greet ticket for Pee-wee Herman. I've been complaining to Ticketmaster and Paypal and to Herman's FB page (which offered refunds in  text!), and keep getting no'ed. Is anyone really going to DO in-person photo ops with dozens of fans at shows anyway anymore? What if you can't make the rescheduled date? Unfuckingreal. 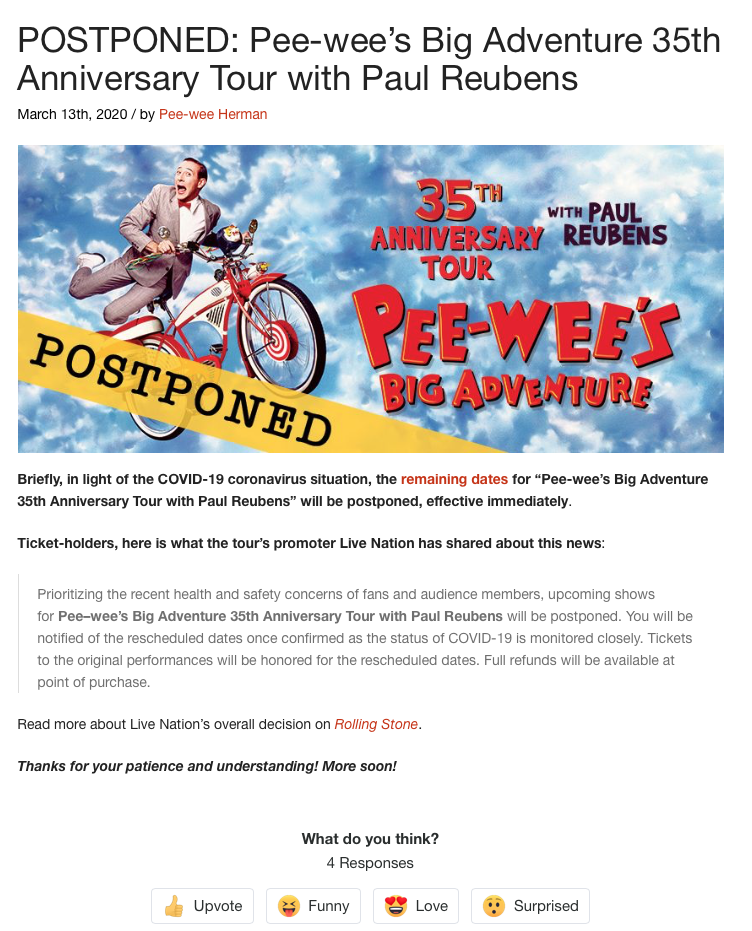