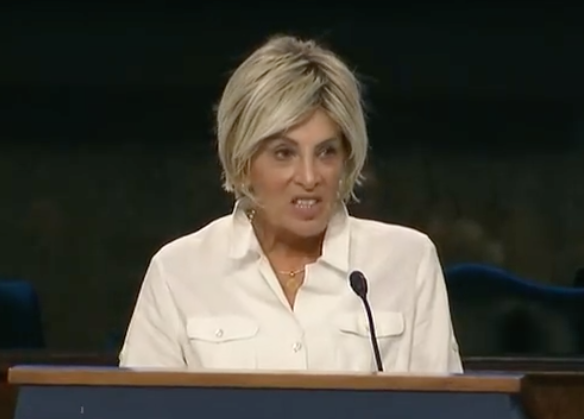 Linda Tripp, the villain of the Clinton impeachment scandal — until the press decided, decades later, that maybe Clinton was the heavy all along — has died suddenly following a pancreatic cancer diagnosis.

Tripp secretly recorded private conversations with White House intern Monica Lewinsky, who was having an emotionally draining affair with Clinton. Once an investigation was underway, including forcing Lewinsky to testify against the President, Lewinsky famously ended her grand jury testimony with, “I hate Linda Tripp.”

no matter the past, upon hearing that linda tripp is very seriously ill, i hope for her recovery. i can’t imagine how difficult this is for her family.

Pretty incredible, but expected from an anti-bullying advocate.

Here is Tripp speaking at a whistleblowers event in 2018, still defending her actions, which remain unpopular to this day: