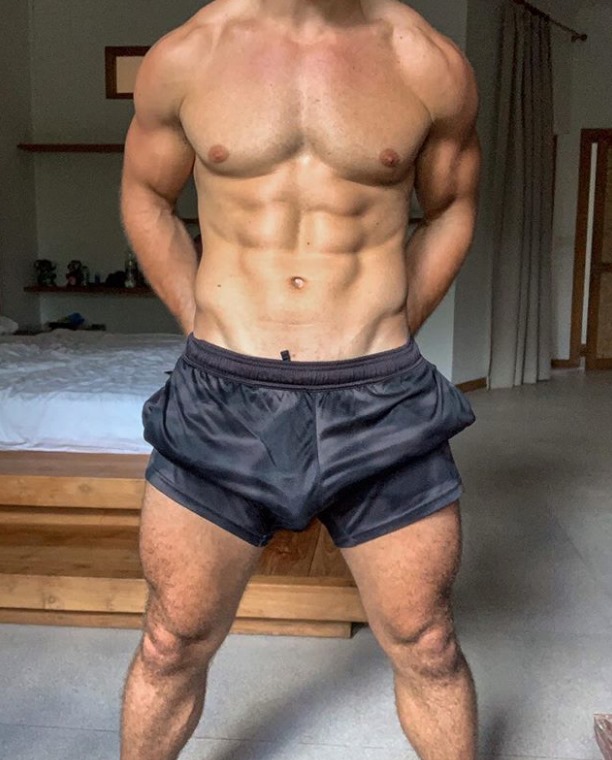 BELOW: Keep reading for the cancellation of NYC Pride, COVID-19 heroes and zeroes, Ryan Murphy goes to Hollywood, incredible bodies and more ... 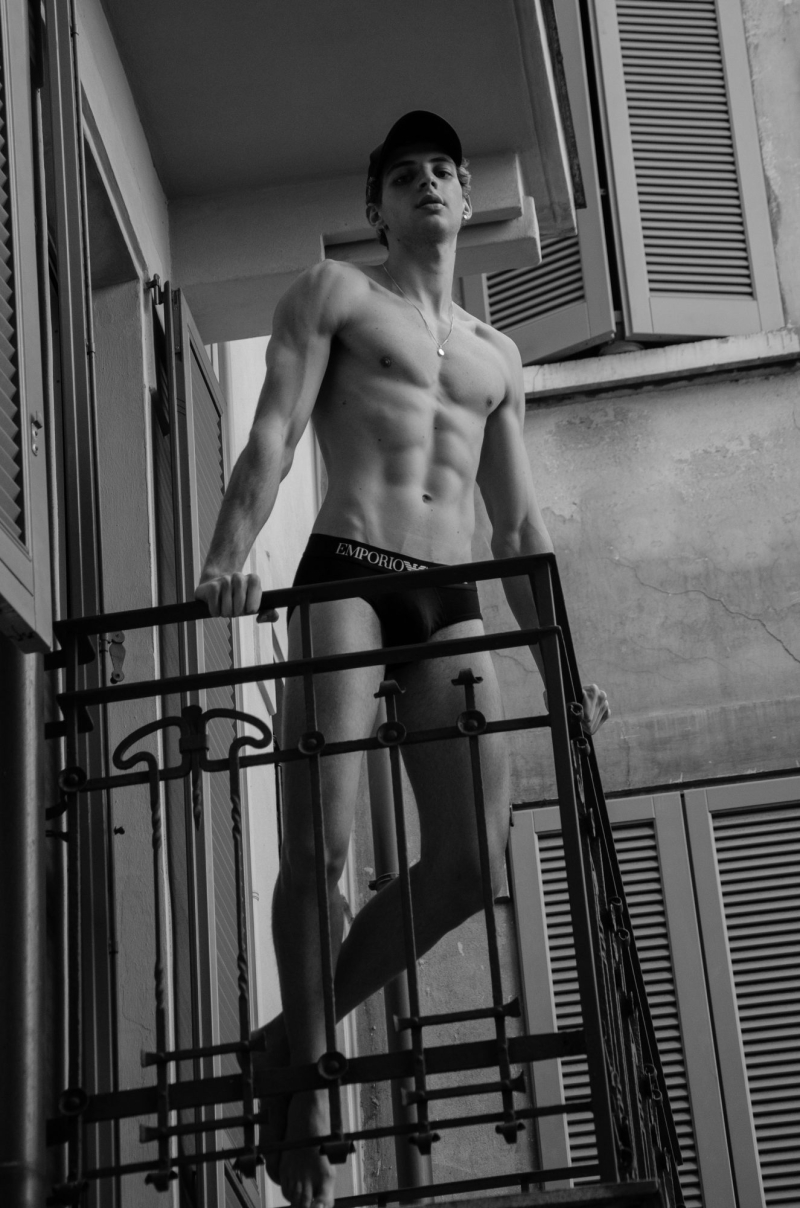 Quarantine never looked so good. (Image by Felipe Cordeiro for Made in Brazil)

MADE IN BRAZIL: Come to his window ... 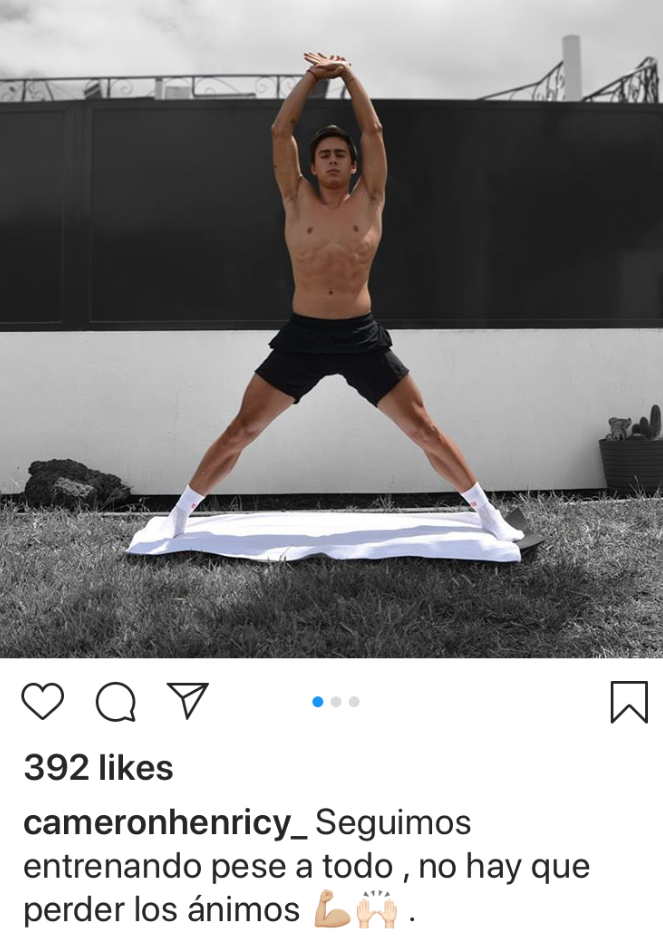 KENNETH IN THE (212): Cameron Henricy and other tennis pros strut their stuff. (Speaking of tennis pros, cross Novak Djokovic off your list — he's one of those idiot anti-vaxxers.) 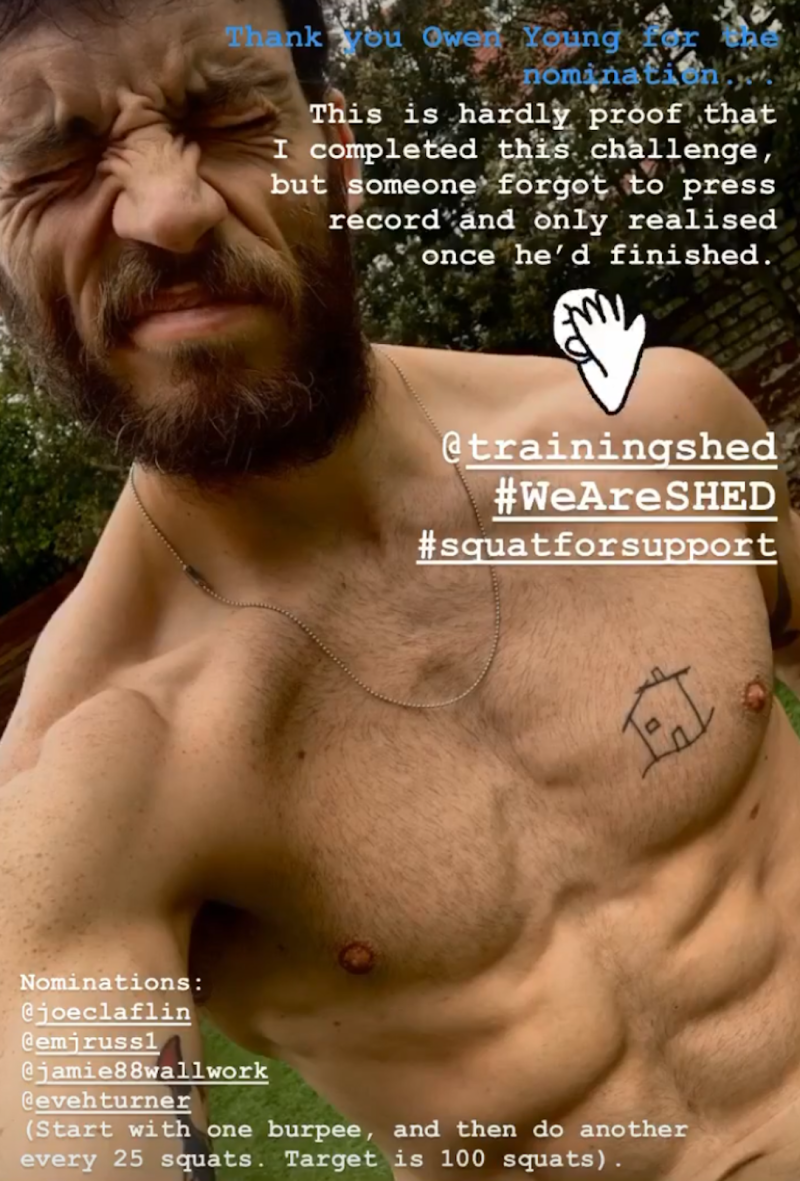 MEN GALORE: You can smell this dude from the pic. Best ass-crack tease ever. Sam Claflin's abs.

OMG.BLOG!: The Ryan Murphy series Hollywood looks like a gay Quentin Tarantino fantasy about what if Hollywood in the '50s had featured people of color and openly gay actors in the mix. I am made queasy by the trend of reimagining the past. I wonder if at some point younger people will just think this stuff is all true, rather than social commentary on the actual ugly truth? Maybe it should be called Hollywould? (Murphy seems to swallow up Scotty Bowers's story for part of his, BTW.) 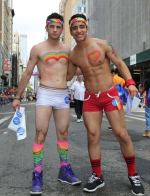 has canceled all June events, including LGBTQ Pride. I'm on board. Look, it sucks, but we had an amazing, special Pride just last year. It'll keep. He said:

It’s not a happy announcement, but it’s one we have to make. And look, a lot of these events will be postponed. I think the fact that they’re postponing now is actually going to help us get to that point later in the year where things can open up and be better.

While this pandemic prevents us from coming together to march, it will in no waystop us from celebrating the indelible contributions that the LGBTIA+ community has made to New York City or from recommitting ourselves to the fight for equal rights. 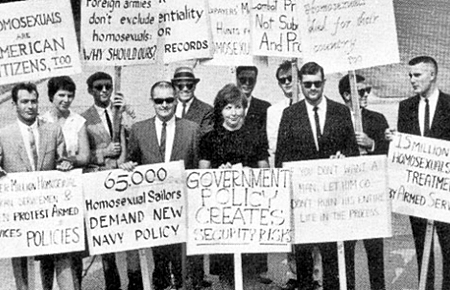 This took guts. The original influencers. (Image via Back2Stonewall)

BACK2STONEWALL: We won't have a physical Pride celebration, so flash back 55 years ago this week to the first-ever gay-rights protest at the White House.

EXTRATV: Peter Beard, the legendary wildlife photographer who was once married to Cheryl Tiegs — and whose own escapades with prostitutes and famous faces made him tabloid fodder — was found dead 19 days after wandering away from his home, the victim of dementia. He was 82.

HUFF POST: This woman should be hunted down and shamed for the rest of her goddamned life for trying to shame this healthcare worker who was counterprotesting the insane anti-quarantine protest.

Two nurses, who have witnessed first hand the toll Covid is taking in Colorado, stood up and peacefully counter protested. Here is how they were treated. I had join them. pic.twitter.com/iJnNcqZxSv

Conversely, this woman should be found and handed a fuckin' medal:

Not all heroes wear PPE. pic.twitter.com/xeEpJAsVk2