Michael Reid White, the gay owner of the Commerce Street Gym in Texas, has taken to Facebook not with facts, but with an opinion, sharing: 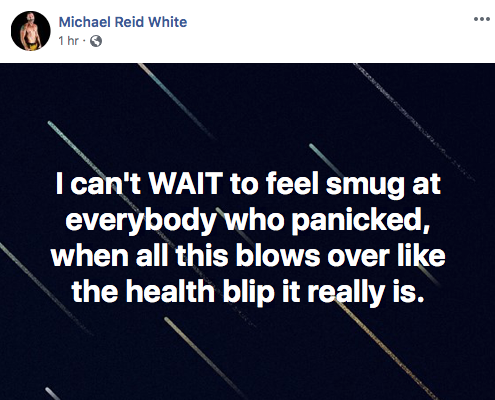 As friends noted the callous nature of his uninformed COVID-19 remark, he mocked them individually, and wound up posting: 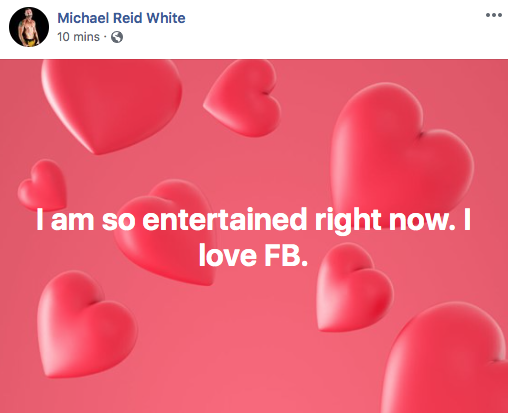 See, he lifts, so this virus is no match for him.

Feel free to engage him, 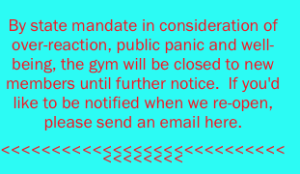 since he enjoys it. (Or not.) And if you're in Texas be sure (not) to drop by his small business. The embedded notice appears on his website.

Sadly, COVID-19, about which he knows zero but about which he's formed an opinion (ironically, one post away from a cartoon mocking opinions as farts), will unfold however it will unfold, but is demonstrably more damaging if it is not taken seriously (compare South Korea to the U.S.), so posts like White's help lead people to disregard what actual scientists are saying.

Aside from that, regardless of the course of the virus, it so far has killed a lot of people in a very short time, including older and health-compromised people who nonetheless probably had more time left, and a worrying number of young, healthy people with no apparent underlying conditions.

Presuming White isn't at risk (though they say 50+ is a risk, and he seems to be 50+), doesn't that make a gloating post like this seem all the more sociopathic?

So I guess his end game is when only 60,000 or ? Americans die — who would otherwise have lived through this year — to take to social media to gleefully exclaim: “Toldja!”

On a daily basis, it becomes more and more amazing realizing the kind of trash you wind up being friends with on Facebook.